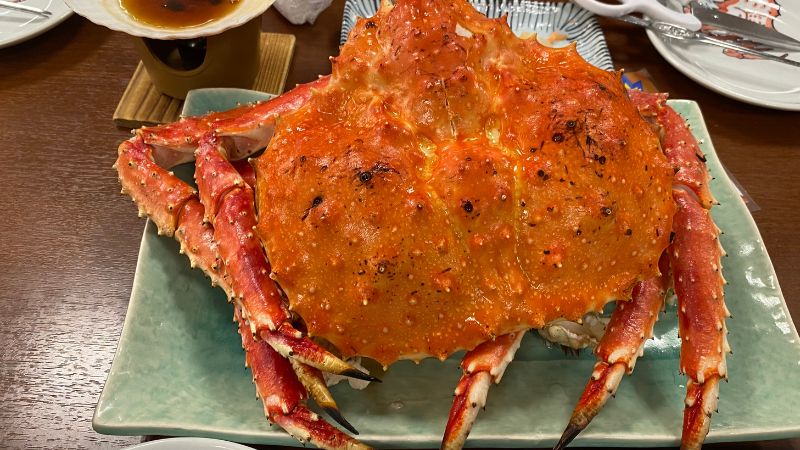 Costco is the perfect store to buy groceries, paper products, and other household goods in bulk. Costco customers can save a considerable amount of money by purchasing items in bulk.

1. Costco Changes the Location of the King Crab Legs

Depending on the time of year, Costco changes the location of the king crab legs in the store.

That said, during Christmas and other major holidays like New Year’s Eve, Costco sells smaller packages of king crab legs.

Typically, these three-pound packages are located by the fresh meat section.

Or, the king crab legs will be found in the coolers by the other seafood selections like lobster tails, fresh salmon, and scallops.

However, at different times in the year, Costco changes the location of the king crab legs. Because the demand is lower, Costco will keep the crab legs in the frozen seafood section.

However, other stores sell king crab legs at around $90 a pound, so you’re saving a considerable amount of money.

All of Costco’s king crab legs are cooked and frozen at the processing facility as soon as they are removed from the crabbing boats.

This is typical in the crabbing industry, as king crab legs are perishable and wouldn’t last very long in their uncooked, fresh state.

Still, because Costo’s king crab legs are already cooked, you can simply thaw them before eating.

A convenient detail about ordering food from Costco, including king crab legs, is that you can choose to have the products delivered right to your door.

According to Costco’s website, the king crab legs typically take around two days to be delivered. However, keep in mind that delivery is only available in select states and locations.

After logging in to your Costco account online, you can see whether or not king crab legs are available for delivery.

Costco has got you covered if you need king crab legs for a large group gathering! For example, Costco sells ten-pound packages of king crab legs.

Additionally, these packages contain between 16-22 crab legs per package. As you can see, there is more than enough crab included in these packages to feed a large group.

When buying king crab legs from Costco, a few options are available when purchasing the product in bulk. However, keep in mind that the availability of king crab legs varies by location.

Still, here are some of the available options on Costco’s website regarding king crab legs:

Moreover, all of these seafood options are available for shipping, and these packages are shipped frozen.

If you don’t want to buy a bunch of king crab legs at one time, Costco also sells smaller packages.

As previously mentioned, these smaller packages include between two and three crab legs per package.

These smaller packages cost between $30 and $40, but the price fluctuates based on the time of year and the supply and demand of the product.

Still, when you choose to purchase Costco king crab legs in bulk, you can save a little more money per pound.

8. Costco’s Crab Is Healthy for You

Costco’s king crab legs are relatively healthy for you, as well as delicious, as they contain the following nutritional values:

9. There Are Multiple Ways to Cook King Crab Legs

Also, several customers note that the only ingredient you need is butter or hot sauce to bring out the already full depth of flavor these crab legs contain.

10. You Must Heat King Crab Legs From Costco

It’s important to note that you must heat king crab legs from Costco before eating them. Fortunately, it only takes a few moments to do so.

Further, several customers note that the simplest way to heat king crab legs from Costco is to put them in a steamer. But, there are numerous other ways to prepare Costco king crab legs.

11. Costco’s King Crab Is Not From Alaska

According to the packaging label, the king crab legs from Costco are caught in the Southern Hemisphere and are from the same species as the Alaskan Red King Crab.

With that, some customers were under the assumption that the king crab was Alaskan. However, that is not the case.

Customers that purchased Costco king crab legs reportedly like the product. That said, the reviews on Costco’s website have an average of 3.9 stars out of five.

Also, the ratings vary greatly, as some customers give the product five stars while others say the taste is just okay.

13. You Can Return King Crab Legs to Costco

If you don’t like the king crab legs from Costco, or they don’t meet your standards, the company has a generous return policy.

For example, Costco has a 100% satisfaction guarantee on all the products it sells. So, if you don’t like the king crab legs, you can simply bring them to your Costco store and return them.

14. You Can Order King Crab Legs Online and Pick Them up In-Store

At some Costco locations, you can order king crab legs and pick them up at the nearest location. However, this service is limited to certain areas.

Still, Instacart is available at Costco, so you can place an order through the Instacart app.

One of Costco’s biggest competitors is Sam’s Club, which also sells king crab legs, though they are packaged differently.

For example, Sam’s Club sells two-pound bags of king crab legs for about $37, which are provided through the store’s brand Member’s Mark.