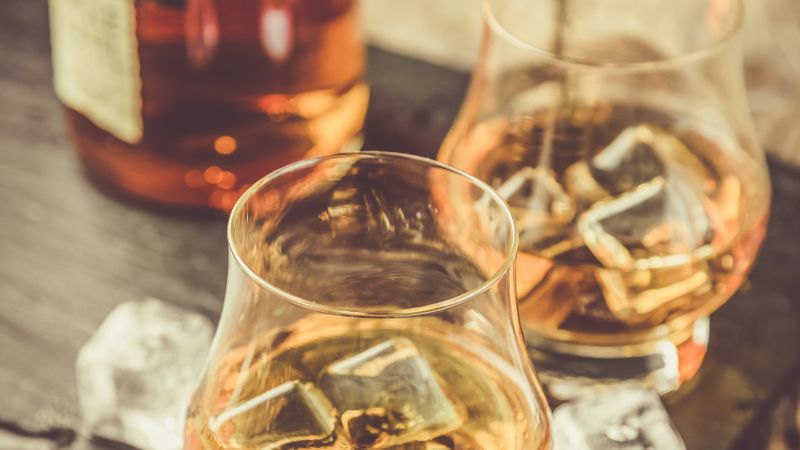 Costco is one of the largest alcohol retailers in the United States, and along with many other retailers, has its own brand which gets its supplies from different sources to provide great quality goods for its private-label called Kirkland Signature.

No doubt, a good wallet-friendly bourbon can certainly be hard to come across. Luckily, the Kirkland Signature brand, which is sold at Costco, has one that doesn’t taste like it’s affordable. But you may wonder- who makes it? If you’d like to find out, keep reading!

Although previous indicators pointed to Jim Beam distillers, Kirkland Signature Premium Small Batch Bourbon is actually believed to be made in Tennessee by George Dickel Tennessee Whisky Distillers in 2023. Keep in mind, though, that it is nearly impossible to know for sure where it is distilled without Kirkland releasing that information.

If you want to learn more about where Kirkland Signature Small Batch Bourbon is distilled, why it is so inexpensive, and much more, you will want to read on!

Can We Be Sure of Where Kirkland Signature Small Batch Bourbon Is Actually Distilled?

In order to find similarities between the Kirkland Small Batch Bourbon and other bourbons from well-known companies, many expert tasters have put their noses and palates to the test.

Since the address of production has moved to Tennessee, experts in bourbon are sure that Kirkland Small Batch Bourbon comes from the George Dickel Whiskey Distillery.

It is believed that Costco may have requested a slight difference in flavor and texture in order to differentiate its brand from other distilleries.

This is because according to expert tasters, it is not quite as spicy as a typical George Kickel bourbon.

However, it’s important to note, that though there are many reasons to believe that the makers of this bourbon are the George Dickel Whiskey Distillery, we cannot be 100% certain.

The reasoning is that neither the distillery in question nor Kirkland or Costco have released this information.

So, while we can make assumptions all we want, in order to be sure of where Kirkland Signature Premium Small Batch Bourbon is made, we would have to hear it from one of these companies.

The price and quality of a product no doubt make it hard to make a choice about which brand of bourbon to buy.

Luckily, you can get yourself a bottle of Kirkland Signature Small Batch Bourbon for about $25 – $30 per bottle.

To many regular consumers, this is a great deal for a good quality bourbon.

However, it’s important to remember that in most states, it is required that you have a Costco membership in order to get your hands on a bottle of Kirkland Signature alcohol.

(Keep a look out in this article, as it talks about how you can get around not having a Costco membership, and which states don’t require you to have one when buying alcohol.)

Why Doesn’t Kirkland Release Information On Where Its Bourbon Is Made?

Like many other Kirkland Signature products, the brand doesn’t disclose information on where its small-batch bourbon is manufactured and distributed.

This could be because there may be agreements in place between Kirkland and its distiller that prohibit any advertising that contains information on who distills its bourbon.

Seeing as this is the case with most of Kirkland’s products, it’s most likely because neither company wants to lose out on sales, and Costco wants to be able to keep its prices low.

Where Can You Buy Kirkland Signature Small Batch Bourbon?

The Kirkland Signature brand is owned and sold by Costco.

So, your best bet on getting your hands on a bottle of Kirkland Signature Premium Small Batch Bourbon is to run to your nearest Costco and get one.

However, depending on the state you live in, it may also be possible to order a bottle online from a grocery delivery service such as Instacart.com.

Is It Possible to Get Kirkland Signature Small Batch Batch Bourbon Without a Costco Membership?

It is entirely possible to be able to purchase Kirkland items, such as its small-batch bourbon, without having a Costco membership.

To start, you don’t need a Costco membership in order to order online from Costco.com. However, there will be an extra charge of 5% added to your purchase for not being a member.

Another way is if you can get a hold of a Costco gift card, otherwise known as a Costco Cash Card, you can get around not having a Costco membership.

With Costco’s gift card, you can shop in all Costco departments, including the liquor aisle. However, in order to obtain a card, someone with a membership will have to get it for you.

As mentioned previously, there are even states that aren’t legally allowed to sell alcohol through a membership program.

Listed here are 12 states that allow you to buy alcohol without a Costco membership:

Though it was previously believed that Kirkland Signature Premium Small Batch Bourbon was made by Jim Beam, this is no longer the case. It’s now thought to be made by George Dickel, though, we can’t say for sure as the companies have not yet released this information.

Nevertheless, there is no doubt that the Kirkland Signature Premium Small Batch Bourbon is a great choice of drink if you are looking for a great quality bourbon that everyone will enjoy while staying on your budget.