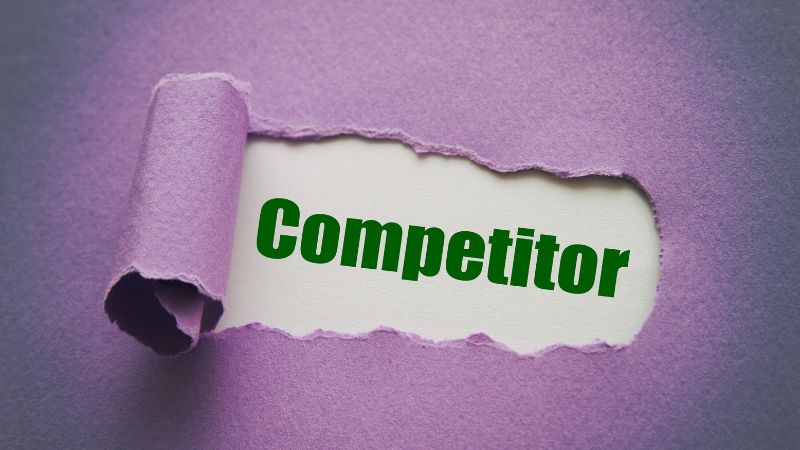 T-Mobile might be one of the most well-known and popular cell phone carriers in America, but did you know there is a lot of competition for T-Mobile out there?

In fact, have you been wondering who the 10 biggest T-Mobile competitors are? If so, keep reading as I dive into all of the competitors to T-Mobile and give you details about each one!

The biggest T-Mobile competitors include AT&T, Verizon, Vodafone, and Cricket Wireless, which are all major telecommunications companies in the United States in 2023. However, out of all of the competitors, AT&T is T-Mobile’s biggest competitor since they are competing for the most customers and 5G rollout. Additionally, T-Mobile has competition with the likes of Google Fi and Visible.

Do you want to see the full list of T-Mobile competitors and learn more about them? Well, keep reading, because I have the full guide below!

AT&T is one of the largest competitors to T-Mobile, with more than 201.79 million subscribersas of the fourth quarter in 2021, and directly competes with T-Mobile for customers.

In addition, AT&T continues to add customers and has exceeded expectations quarterly.

In fact, AT&T had 8.86 billion in revenue for 2021, making it the highest-earning telecommunications company currently.

Verizon is thought to be the second biggest competitor to T-Mobile with more than 142.8 million subscribers in quarter four of 2021.

Additionally, in 2021, Verizon’s revenue was $133.61 billion, making it the second-largest telecommunications company in terms of revenue.

Furthermore, Verizon is competing with T-Mobile when it comes to 5G technology and rollout, also with a competitive network spanning the United States.

Vodafone Group is a competitor to T-Mobile since it’s a telecommunications company headquartered in England and offers mobile services to customers.

Also, Vodafone Group made43.81 billion euros, which is about $46 billion, during the fiscal year ending in March 2021, and has more than 263 million customers worldwide.

A competitor to T-Mobile is Dish Wireless, which has more than 8.5 million subscribers as of the fourth quarter of 2021.

In addition, Dish Wireless earned “.23 billion in revenueduring the third quarter of 2021, so while it’s significantly less than the other carriers, it’s still a viable competitor to T-Mobile.

Spectrum Mobile is a part of Charter Communications and offers mobile phones, plans, and more to customers, which makes it a competitor to T-Mobile.

Further, Spectrum Mobile made $535 million in revenue during the third quarter of 2021, and has been growing significantly in terms of subscriber count with more than 2.6 million subscribers!

Cricket Wireless is a prepaid carrier that runs on AT&T’s network, which makes it a competitor to T-Mobile, and Cricket Wireless offers amazing 5G coverage and overall coverage.

Also, Cricket Wireless had more than 12 million subscribers as of October 2021 and earned a revenue of $11 million in 2021.

Liberty Global is a telecommunications company that offers mobile services to customers, competing with T-Mobile, and is expanding its rollout of 5G to offer better coverage.

Furthermore, Liberty Global has over 5 million mobile subscriptions across nine different countries, and a 2021 revenue of $1.85 billion.

Even though Consumer Cellular, an MVNO, does use the T-Mobile network in some capacity, it’s still a competitor to T-Mobile, since it also uses the AT&T network a majority of the time.

In addition, Consumer Cellular competes with T-Mobile when it comes to older adults and senior citizens who want basic phones and cheap plans.

That being said, Consumer Cellular doesn’t have the subscriber count T-Mobile does, coming in at 4 million.

Google Fi is an MVNO and uses T-Mobile, but it also uses US Cellular, so it’s still a competitor to T-Mobile when it comes to offering cell phones and plans to customers.

However, Google doesn’t release information about the subscriber count or revenue of Google Fi, so it’s hard to gauge just how popular Google Fi is in the United States.

Visible competes directly with Metro by T-Mobile, since it’s a prepaid wireless service provider backed by Verizon, except it’s all-digital, and it’s one of the most popular around!

Further, it reached over $1 million in revenue and is expected to continue growing as people move away from postpaid plans and the expensive fees associated with them.

To learn more, you can also read our posts on whether or not T-Mobile prices match, does T-Mobile work in Costa Rica, and does T-Mobile run a credit check.

T-Mobile has quite a few competitors that directly compete for customers with cell phones, plans, and the 5G rollout such as Verizon, AT&T, and Spectrum Mobile.

However, AT&T remains the biggest to T-Mobile and has the biggest revenue out of all of the major carriers as of 2021. That being said, even MVNOs such as Google Fi compete with T-Mobile, and Cricket Wireless also competes since it uses the AT&T network.