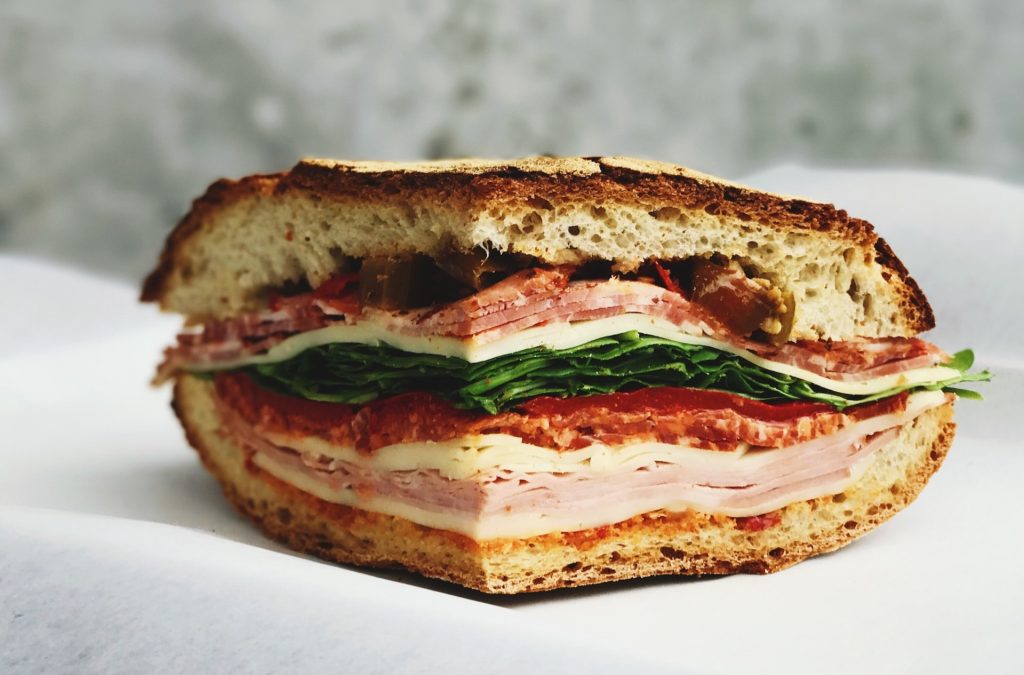 Starbucks is known primarily as a place to get coffee, but in addition to its lattes and mochas, the chain has a fairly extensive food menu.

That includes sandwiches, both for breakfast and lunch, some of which have earned rave reviews from Starbucks customers.

Which are the seven best Starbucks sandwiches you need to try? I have it all laid out for you below.

The classic breakfast sandwich combination gets a facelift with this super tasty morning offering from Starbucks.

From the sizzling applewood-smoked bacon to the cage-free egg frittata, from the melty Gouda to the chewy artisan roll, this sandwich leaves nothing to be desired.

Even better, it’s only 360 calories, and it’s surprisingly filling, thanks in no small part to the egg and bacon, which boosts the protein to 19 stay-full grams.

You can also customize the sandwich – no egg, no cheese, no meat – and request sriracha packets for a spicy boost.

This beautiful sandwich, which boasts the colors of the Italian flag, features roasted tomatoes, gooey mozzarella and a spinach and basil pesto.

As the author on Restaurant Clicks states, “The sweetness of the roasted tomatoes is shockingly good,” while the mozzarella achieves a surprisingly long cheese pull.

But the show’s real star is the focaccia bread on which all of this resides – it’s just a touch crispy and crackly on the outside but oh-so-soft and pillowy on the inside.

Plus, the sandwich is vegetarian, so all you veg-heads out there can get in on the Starbucks lunch action.

Impossible “meat” is having its day, and Starbucks embraced the trend in 2020 when they unveiled their new Impossible Breakfast Sandwich.

In place of traditional sausage is Impossible Sausage, made entirely from plant-based ingredients, and while it doesn’t taste exactly the same, it’s really good for what it is.

In addition, there is a cage-free fried egg, aged Cheddar cheese, and it all rests on an artisan sesame ciabatta bun.

I appreciate that Starbucks didn’t just throw this on their regular artisan roll; they’ve made this sandwich something delectable on its own.

This is an amazing choice for vegetarians who want a hearty yet meatless option for breakfast. 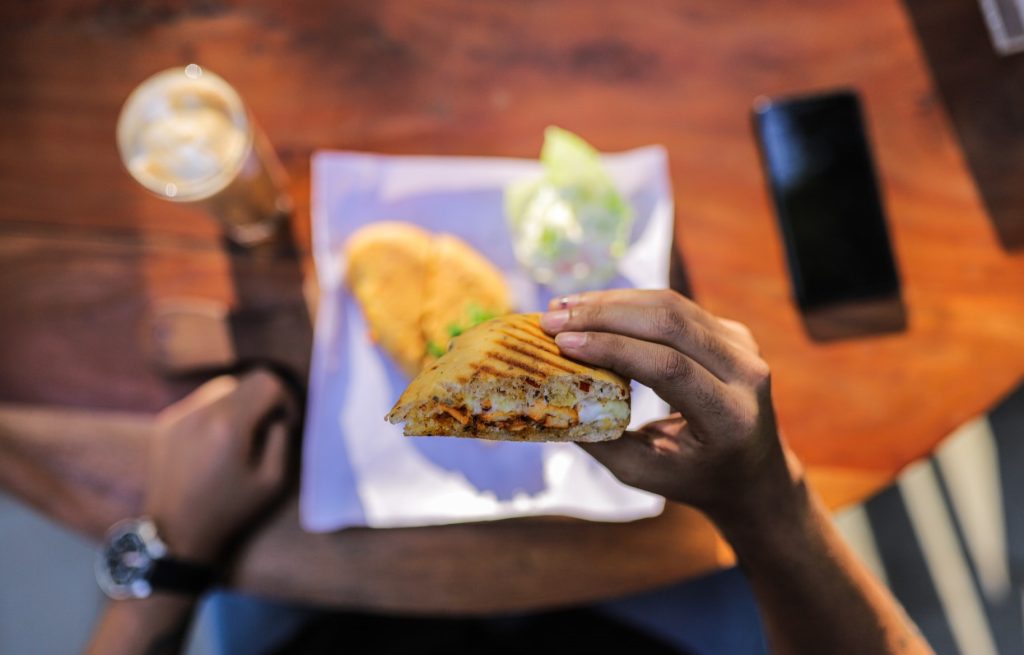 For a light but filling lunch that won’t have you dragging by mid-afternoon or in need of a nap directly after eating it, order up the Turkey, Provolone & Pesto sandwich.

This is nestled between two pieces of Starbucks’ ciabatta bread, which is soft on the inside but with a little “pull” on the outside.

It’s another high-protein sandwich that will keep you fuller longer, but without weighing you down.

Starbucks didn’t have to answer McDonald’s with a breakfast sandwich to rival theirs, but they did it anyway and they did it just as good (if not slightly better).

From the fluffy cage-free egg patty to the amply-sized sausage round, both topped with aged Cheddar cheese and encased in a toasted English muffin, this sandwich is delicious.

Plus, it’s rather large – no skimping on size here – and the sausage and egg are high in protein, so you get your money’s worth.

I’ve eaten one of these before for breakfast and then been satisfied until 2 or 3 in the afternoon (along with a cup of coffee, of course).

All in all, an excellent option if you love the McDonald’s Sausage, Egg & Cheese McMuffin but don’t want to make a separate stop.

For a breakfast sandwich (er, wrap) that is more suited to one-handed eating, and therefore, eating while driving – but only if you must – order the Bacon, Sausage & Egg Wrap.

But wait – there’s more. To fill out the burrito-like sandwich, there are also soft potato chunks, and all these fillings are encased in a warm flour tortilla.

Thanks to all the protein, a whopping 28 grams of it to be exact, this wrap will have you feeling full for hours.

The caveat is that it is rather high in fat, with 33 grams and it’s quite high in sodium, at 1090 mg or 47 percent of your suggested daily intake.

So while savory and delicious, the wrap is probably best saved for cheat days or special occasions.

There is nothing in this world that can compare to a simple grilled cheese sandwich, and while Starbucks’ iteration is far from basic, it checks all the boxes for a grilled cheese should be.

It starts with the bread: thick-cut slabs of sourdough, which have been topped with a Parmesan butter spread and toasted to perfection.

Within is a blend of white Cheddar and mozzarella cheeses, warmed through until they’re so gooey the cheese-pull is the stuff of legends.

This high-protein sandwich is also, obviously, meat-free so that vegetarians can get in on the action.

Starbucks might not be known for their sandwiches, but they should be; as these seven best have shown, the coffeeshop chain has pushed way beyond their caffeinated offerings.