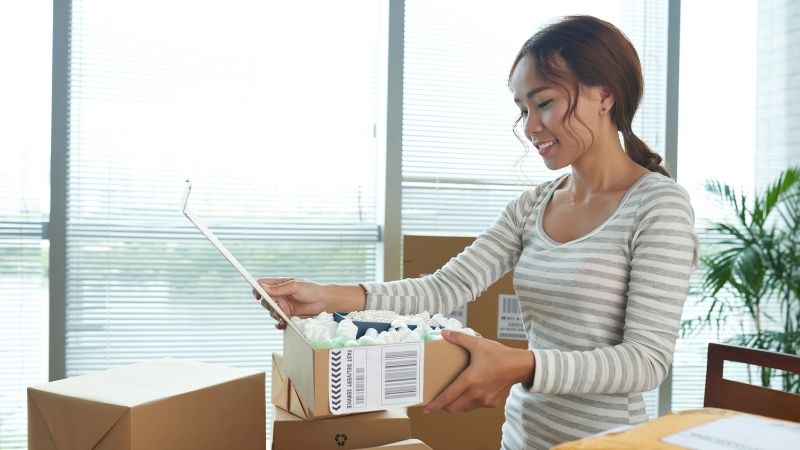 As U.S. citizens, we have a certain expectation of privacy assured in the Constitution, and that extends to the mail sent via the United States Postal Service. Therefore, since the USPS is a federal agency, certain mail classes are protected against opening or seizure by the USPS.

Can USPS open your package without a warrant or probable cause? What are your rights to privacy when it comes to mail? Here is the very important answer you seek!

Can USPS Open Your Packages In [currentyear]?

The United States Postal Service can open some packages without a warrant, particularly those coming from abroad in [currentyear]. However, First-Class mail remains steadily protected by the Fourth Amendment, and there must be significant suspicion that something illegal is contained within to merit said warrant. Other mail classes, however, are subject to the opening without a warrant.

To learn more about what happens when USPS opens your package, how USPS inspects them, what are some suspicious signs the agency looks for, and much more, keep on reading for all you need to know!

What Happens When USPS Opens Your Package?

Having your package opened by the Postal Service is rare, but not entirely unheard of.

The way it works is this: If the Postal Service workers have reason to suspect that your package contains something illegal, they’re going to set it aside.

Now, if the parcel has been sent via First-Class Package, even if it reeks of weed, that box is protected by the Fourth Amendment.

So the smell – to humans’ noses, or perhaps to a K9’s – is the probable cause or justifiable suspicion needed to obtain a warrant.

However, if your parcel has been sent via any other mail class, it can be seized and opened, just like that, no warrant needed.

Assuming a drug bust, USPS may then continue to collaborate with law enforcement and run an undercover sting to deliver the parcel.

That’s because not only is mailing drugs a federal crime, receiving them is, too.

However,  what about something lesser, like USPS investigating that proper postage has been paid?

In this instance, some mail classes are protected from random opening; these include:

Furthermore, for the other classes, namely Retail Ground and Parcel Select/Parcel Select Lightweight, USPS does not designate these classes as sealed against postal inspection.

How Does USPS Inspect Packages?

The Postal Service uses a few different methods for inspecting the parcels that go through its systems. Employees basically use four of the five senses.

Some other visuals that the Postal Inspectors watch out for include packages that are completely taped up, all around; it definitely looks like someone is hiding something.

Additionally, the same with writing “Do not Xray” on your package – that arouses immediate suspicion.

Does USPS Xray All Packages?

USPS does not have the resources to Xray all packages, but it does randomly run some through its Xray machines for security.

According to the company website, USPS writes, “There are no specific guidelines as to what may or may not be x-rayed…”

It continues, “Though mail sent to or through larger cities is likely to pass through an X-ray machine.”

Simply based on numbers, larger cities with more mail coming in and out are going to statistically have more incidents of illegal items being shipped.

What Makes A Package Suspicious To USPS?

Further up in this article, I have listed some things that make USPS suspicious of packages, such as literally writing “Do not Xray” on your box or engulfing the entire parcel in tape.

However, the USPS website lists some others that might give them cause to seize the parcel and go through the process of obtaining a warrant so the package can be opened:

Now, it’s unlikely any one or even two of these conditions will set off any alarm bells, but three or more certainly are going to start to look like something fishy is going on.

How Often Does USPS Open Packages?

In the grand scheme of how much mail passes through USPS custody, it is said that opened packages account for a very small percentage.

The Postal Service is not here to spy on you; in fact, it’d likely rather not open anything if it doesn’t have to, because it slows down service.

So the Postal Service opens packages as often as it needs to – and sometimes, perhaps, if they’re really busy, slightly less than is actually needed if this article is any indication.

To learn more, you can also read our posts on whether or not USPS bubble wrap, what is a Flat USPS, and does USPS offers virtual mailboxes.

The United States Postal Service can open any mail class without a warrant, except First-Class mail, which is protected under the fourth amendment.

Postal workers on the floor are the first line of defense when it comes to sniffing out (sometimes literally) parcels up to no good. Therefore, the decision about whether or not to open a package certainly starts with them and their training to spot suspicious activity.