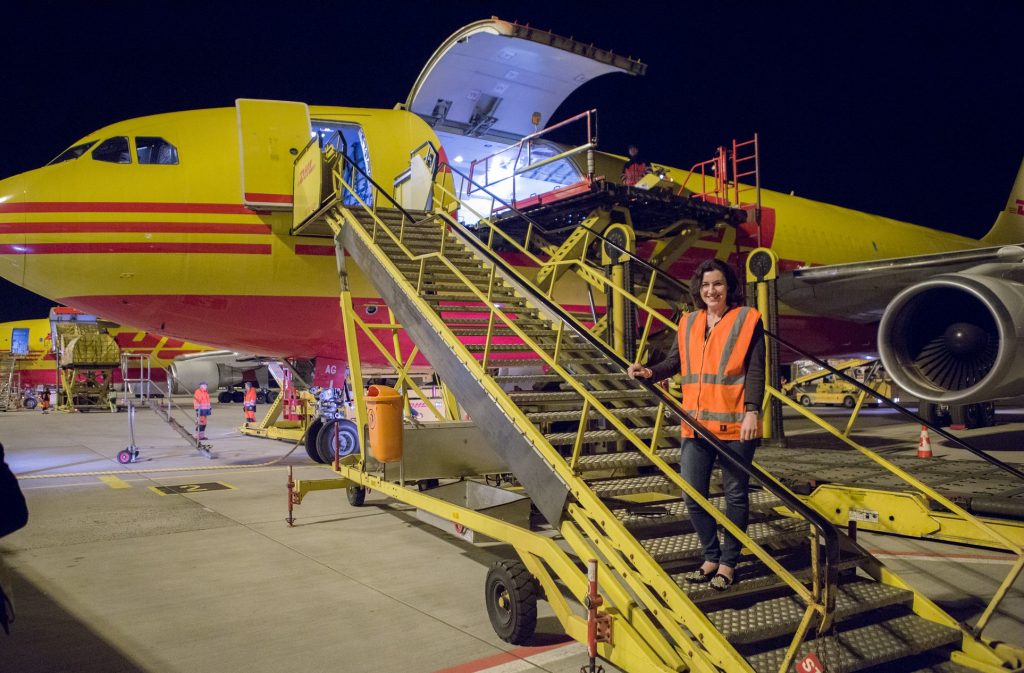 Like many logistics companies, DHL uses a spoke and wheel system in order to move packages around the world as quickly as possible.

In this model, packages are first sent to a central hub, then they’re moved to smaller warehouses and sorting centers before being dispatched for delivery.

This article will tell you everything you need to know about the location of DHL’s hubs, so keep reading!

To get further information about DHL’s hubs around the world, make sure to finish this article for more useful facts and tips.

What Is a DHL Hub?

This article will tell you everything you need to know about the location of DHL’s hubs, but before that, it’s important to understand what a hub is.

In the logistics industry, a hub refers to a centralized location where packages, envelopes, and/or freight are exchanged between vehicles or transport modes.

Hubs are an essential part of the shipping process because they allow companies like DHL to process and dispatch packages as quickly as possible.

After an item is processed and sorted at a hub, it heads to a series of warehouses or distribution centers on the way to its final destination.

What Is the Biggest DHL Hub?

As a German company, it makes sense that DHL’s largest hub is located in Germany. More specifically, it’s located at the Leipzig/Halle Airport (LEJ) in Schkeuditz, Germany.

What’s more, the facility can handle 150,000 packages per hour and registers 23,600 aircraft movements per year.

Where Are DHL Hubs in Europe?

In addition to its main hub at the Leipzig/Halle Airport, DHL has a number of other hubs throughout Europe.

Brussels Airport (BRU) in Belgium serves as a regional hub but is increasingly used as a global hub thanks to its location in Central Europe.

Two of the newest hubs are located in Paris at Charles de Gaulle (CDG) International Airport and Malpensa Airport (MXP) near Milan, Italy.

In Italy, the Malpensa Airport hub is a strategically located cargo gateway to Southern Europe.

This hub employs 900 people, can operate 30 flights daily, and handles more than 38,000 pieces of mail per hour.

DHL’s next European hub will be located in Sofia, Bulgaria. It will be an important addition to the company’s road freight services in Eastern Europe.

Where Are DHL Hubs in Asia? 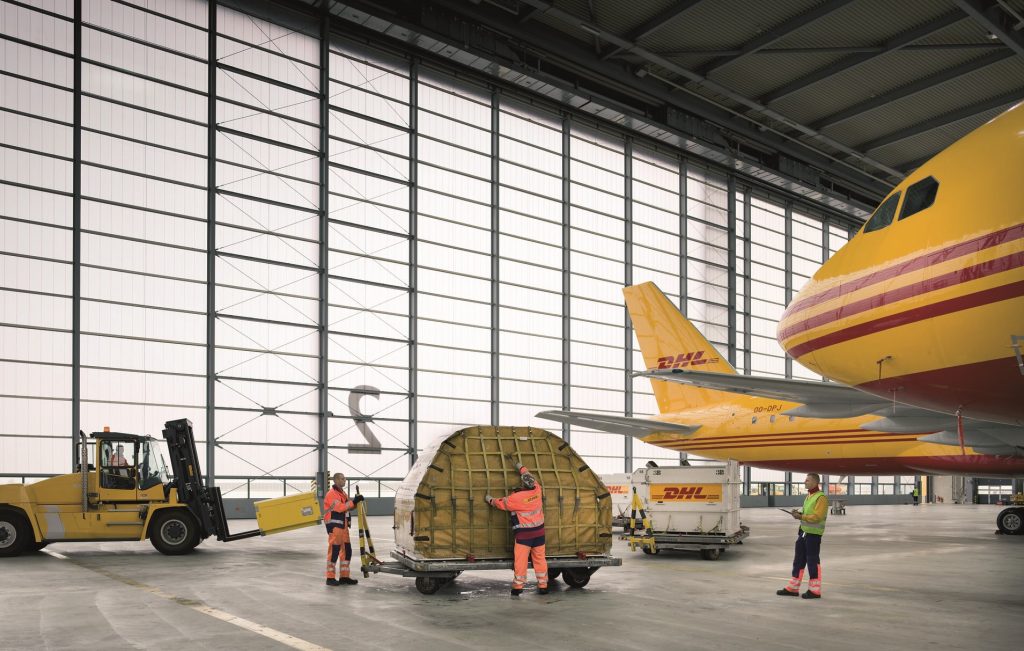 Let’s see where each of these hubs is located:

Together, these four hubs link 50 DHL Express gateways in the region.

Where Is the DHL Hub in the USA?

DHL Express’ main international hub in the United States is located at the Cincinnati/Northern Kentucky Airport (CVG) in Hebron, Kentucky.

Eighty percent of all shipments from the Americas pass through the CVG hub, and 90% of the U.S. volume transits through CVG.

In addition to this main hub, DHL Express also operates hubs/gateways at the following locations in the United States:

In 2022, DHL announced plans to expand its Atlanta gateway at Hartsfield-Jackson International Airport into a regional hub.

This will bring more direct flights from Europe and Asia into the Southeastern states.

Why Is DHL’s Hub in Kentucky?

Given the larger airports DHL operates out of in the United States, the Cincinnati/Northern Kentucky Airport may seem like an odd choice for a major international hub.

However, just like all of DHL’s hubs, this airport was chosen for its strategic location.

DHL is able to maintain its position as one of the world’s best shipping companies, thanks to its many international hubs.

These locations process tens of thousands of packages daily and make sure packages get where they need to go as quickly as possible.

It’s important to note that as long as the eCommerce industry continues to grow, DHL will continue to expand existing hubs and build new ones.

In fact, the company already has tentative plans to build a new hub in Ontario, California, and a gateway in Texas.