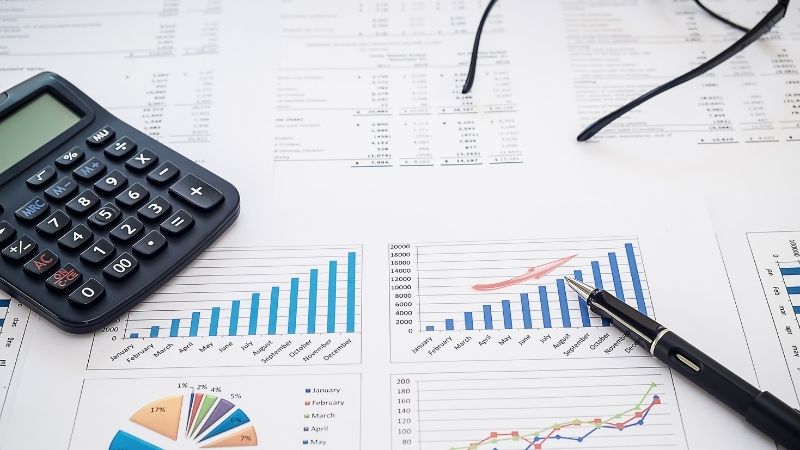 You’ve likely heard of a background check before, but do you know much about them, such as how many businesses run them?

I have been looking up background check statistics and have found 23 unique and fun facts and trends about it that I will share with you below!

Background checks review the past seven years of a person’s life, but they can go back even farther, as of 2023. Also, almost 80% of people reported lying or embellishing on resumes, indicating why 95% of employers conduct some sort of background check before hiring someone. Background checks taking longer than three days are more likely to be denied.

Do you have other questions you want me to answer, or do you want to read the complete list of 23 interesting facts about background checks? If so, continue reading below to find out!

1. 78% Of People Report Lying On Job Applications Or Resumes

One interesting background check statistic is that 78% of people have reported lying on their resume or job application, which is a significant number of American adults in the workforce.

In 2018, over 95% of employers had conducted background checks on potential hires, which is a huge portion of employers.

However, the number has likely dropped quite a bit within the last couple of years since there is a labor shortage in America, and businesses can’t find workers.

4. Over 77.7 Million Americans Have A Criminal Record

Nearly one in three American adults, or about 77.7 million people, have some kind of criminal record, which is a somewhat shocking statistic when you think about it.

There are between 10,000 to 12,000 people added to the criminal records database every day, which means more people are getting caught up in the criminal system.

Additionally, the fact that up to 12,000 people are earning a criminal record every day will impact the job market and labor force for years to come.

One shocking background check statistic that I wanted to share with you is that 53% of all job applications are found to contain inaccurate details.

Further, these inaccurate details could lead to the job applicant being denied the job, even if an offer of employment was already made, depending on the inaccuracy found.

7. $50 Billion In Losses Annually Due To Employee Theft

Employee theft has led to more than $50 billion in losses annually, a massive hit for businesses across various industries.

Additionally, these losses can significantly impact small businesses, which often can’t afford to lose money because of employees stealing from them.

8. Employees 5 Times As Likely To Steal From Businesses

Speaking of employee theft, did you know that employees are five times as likely to steal from a business than a customer?

Therefore, background checks are a crucial element for trying to weed out bad hires before they can have an opportunity to steal from the company.

One shocking background check statistic is that more than 60% of all job applications contain some type of lie or falsehood about the applicant’s college education.

For example, the lie could be that they graduated from a particular school or obtained a degree, when in reality, either they didn’t go to the school at all or never received a degree.

10. Waiting Over 3 Days For Gun Background Checks Have 4 Times Likelihood Of Being Denied

Background checks for guns are common in America, and one fun fact about gun background checks is that if the wait time exceeds three days, it’s four times as likely to be denied.

Therefore, if someone has been waiting for their gun background check to come back for six days, there is a significant chance it will find some type of disqualifying information.

Did you know that in January 2021, the FBI ran more than 4.3 million gun background checks? I found this number to be statistically impressive and a potential sign of the future.

For example, this statistic shows that the number of Americans choosing to own guns is increasing, whether because of politics or other reasons.

In addition, according to FBI data, 4.3 million gun background checks are the highest number on record for one month.

13. 45% Of Job Applicants Lie About Why They Left Previous Job

When it comes to jobs, about 45% of all job applicants have lied about why they have left a previous job, which is a shocking trend!

14. 79% Of All Job Applicants Say Lying On Resume Went Unnoticed

Since so many Americans lie on their resume to some degree, one fact that shouldn’t surprise you is that about 79% of them said lying went unnoticed.

However, it is surprising that these lies are continuously getting through the system, whether through lack of follow-up by Human Resources or other reasons.

15. Bad Hires Cost More Than 24 Times The Salary Of The Bad Hire

If an employer hires a bad employee, it can cost the company about 24 times the cost of the bad hire’s salary, which includes losses because of theft or absences.

Therefore, a business must conduct a thorough review of a candidate before hiring them to reduce the losses incurred from a bad hire.

Texas, Kentucky, and Illinois all have very strict and diligent criminal background checks, which are important for employment purposes and other reasons.

However, I was surprised to learn that Texas has such diligent criminal background checks and did not expect to find the state ranking this high on that particular statistic.

17. 84% Of Healthcare Theft Is Motivated By Financial Gain

NICS is the National Instant Criminal Background Checking system, and it’s used when someone wants to purchase a gun, and a lot of times, it’s instant.

For example, 90% of all NICS cases are concluded instantly, with an average time of 107 seconds to complete the gun background check.

Furthermore, using NICS will let a gun dealer know if someone is legally allowed to own a gun, so it’s the fundamental part of the gun background check process.

Background checks can also be done on driving records, and according to driving record checks, about ⅓ of those checks reveal one or more driving violations.

In 2020, gun background checks stopped more than 300,000 illegal gun sales, which was an interesting fact that I was surprised to learn!

During the two years between 2013 and 2015, about 22% of all gun owners received their gun without undergoing a background check.

23. All 94 Federal Courts Are Searched During Federal Background Check

When someone has to undergo a federal background check, the records from all 94 federal courts are pulled, and any federal violations will be found.

How Common Are Background Checks?

However, with labor shortages and people not wanting to work, background checks are becoming less likely to occur just to find workers who want to work.

How Worried Should I Be About A Background Check?

You should not be worried about a background check as long as you are honest on the application, resume, and during your interview for the job position.

However, if you’ve lied while seeking employment and know a background check will happen, you should be worried since it could disqualify you from employment if it’s found out.

Some interesting facts about background checks include that 78% of people report having lied or embellished information on their resume or job application.

Furthermore, 60% of job applications contain lies or false information about educational history or background, such as attending or graduating from college.

However, if a company does not perform a background check, bad hires can lead to a company losing 24 times what the bad hire’s salary was to begin with!