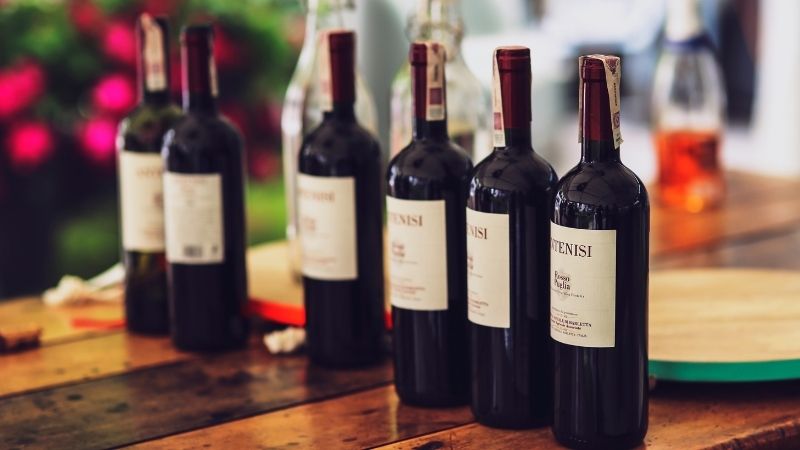 One thing you may not realize about Aldi is that, in addition to terrific variety and prices on food, the chain is renowned for its selection of wine, especially red wines.

With numerous awards under its belt, Aldi has dozens of tempting red wines to suit every palate. Therefore, here are nine reds to keep an eye open for on your next Aldi trip!

The Evanta Malbec hails from Mendoza, Argentina, and is imported for Aldi US by Pampa Beverages, LLC.

According to the bottle, the Malbec grapes from this region of Argentina grow at some of the highest altitudes in the world for this fruit.

Enjoy the red berry aroma, blackberries, cherries, and a hint of spice, which accompanies your red meats (especially steaks), chorizo, and even beef or carne tacos.

The 2017 vintage is, according to Reverse Wine Snob, the one to try, and while the 2018 vintage isn’t quite as good, it’s still a delightfully drinkable vino.

Also, there’s the unbeatable price – a single bottle will cost you just $3.99.

Winking Owl is that wine brand – Aldi sells this whole line for anywhere from $2.99 to $3.99 a bottle, depending on your location.

As Mashed reported, Winking Owl is actually made by E&J Gallo – the same company behind the Boone’s Farm, Turning Leaf, and Apothic labels.

Ratings for this California-produced shiraz are middling-to-above average, and Vivino says it best: “It’s smooth and drinkable, lots of fruity flavors…”

Aldi sells this wine for $3.49 a bottle, so there is no reason not to pick up just one and give it a shot!

Reverse Wine Snob is glowing in its praise of this Spanish wine, which gets aged for six months in American oak.

“This is really well-made wine,” the site proclaims.

Hailing from the Valdepenas region of Spain, it’s produced by Félix Solís SL, a winery that has been in operation since 1975.

The Tempranillo Crianza is imported by the Mack & Schuehle group – the “number one distributor of wines in the German-speaking markets” (Aldi is German, after all).

Flavors include black cherry, spice, and cedar, with a balanced taste and a “very long finish.”

Surprisingly for a red, the bottle doesn’t make any mention of beef pairings; instead, lighter meats like chicken and lamb are suggested.

And you can pick up a bottle of this wonder for just $5, exclusively at Aldi.

Slightly pricier – but by Aldi standards – the $8.99 Grand Alberone from Italy has a more complex group of flavors, including beet salad, black tea, hibiscus, and plum.

Tastings rates the sweetness as “dry-yet-fruity,” says the style is “fruity, juicy and smooth,” and finds it pairs best with beef and pork.

For an earthier flavor, consider the William Wright Reserve Pinot Noir, for just $8.99.

Aldi calls the pinot noir “lush and silky,” with a “supple, lingering finish,” and notes that it also pairs well with seafood, soft cheeses, and tarts.

Further, this pinot noir was reviewed by the Beverage Testing Institute (a wine-testing organization in the U.S.), and it received an 89 Point Silver Rating.

BTI’s scale designates wines with a score of 85-89 as “highly recommended.”

It’s truly a gorgeous-tasting wine, though perhaps a bit too sweet for some (only just so).

The sweetest thing about it, though, is that a bottle costs only $10.

It is so worth picking up, and while you can certainly polish off a bottle on your own, it’s even better shared.

Google “Best Red Wines from Aldi” and this $8.99 rose shows up on every single list.

It’s fruity without being cloyingly sweet and gives a brightness that complements light meals like salads, seafood, and tender pasta.

Vino Del Vida remarks that the notes include “peach blossom, raspberry, and apricot” with a “mineral finish.”

Though there are obviously more sophisticated things to rate the wine on, it’s also got a very elegant and chic bottle that would make any bar cart or wine rack look the better for having it.

This rose comes Highly Recommended by the Beverage Tasting Institute and would be the perfect accompaniment for an event like a bridal shower.\

Before you fall in love with this wine, note that it is priced higher than most of the other wines you’ll find on Aldi shelves.

At $15 a bottle, this Napa Cabernet’s price tag is more like bottles you’ll find in the liquor store.

But if that’s Aldi’s price, then you can bet it’s comparable to bottles twice or three times as much.

Another brilliant cabernet, the 30 Miles melds flavors like dark berries and cocoa (so definitely a darker, more robust taste), with blackberry and vanilla.

Reverse Wine Snob calls it “a great value” and “solid.”

It’s another red that pairs beautifully with steak, and it’ll hold its own against rich tomato-based pasta sauces.

A blend of cabernet, carmenere, and syrah, the Red Blend by Dancing Flame isn’t here to test your taste buds or challenge you.

From Prestige Wine and Spirits, the import hails via Chile to your Aldi shelves and is especially tasty when paired with supper off the grill or a charcuterie spread.

To know more, you can also read our posts on who makes Aldi products, does Aldi sells alcohol, and Aldi soda.

Aldi has a way of making special delicacies and treats accessible to people in all economic circumstances, and this is nowhere more apparent than in its red wine selection.

From the Napa Valley in California to Spain and Italy, Aldi has a red for everyone, at a price point that makes it too easy to pick up a bottle or five.