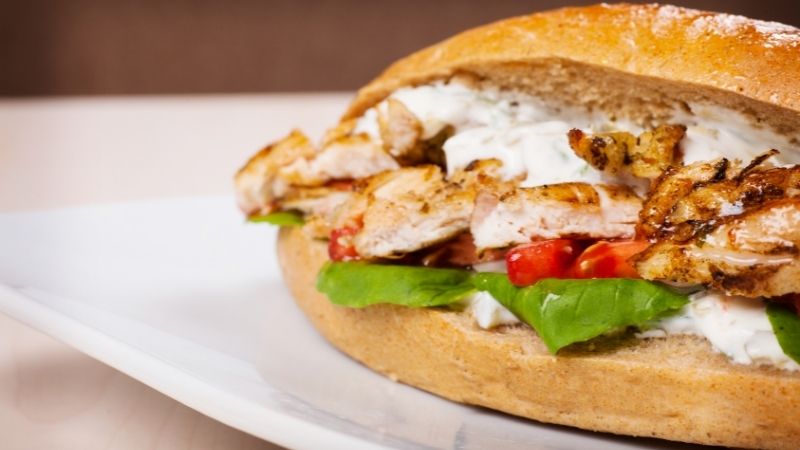 As one of the giant chicken sandwich fast-food chains in America, Chick-Fil-A has had a successful journey since its foundation.

As such, most customers have been interested to know Chick-Fil-A’s interesting facts and statistics. Well, here’s all you need to know!

Apart from these critical statistics, below are some interesting facts about Chick-fil-A!

Before Chick-Fil-A, Cathy, the founder, had started Dwarf House, mainly focusing on the hamburgers and steaks menu.

Over the years, Dwarf House expanded into 12 restaurants that still exist.

After establishing Dwarf House, Cathy proceeded and opened the first-ever Chick-Fil-A in 1967 in Atlanta.

With the transformation of Dwarf House to Chick-Fil-A, Cathy started to popularize chicken sandwiches as the restaurant’s signature dish.

That said, he would source chicken from one of the local poultry farmers capable of producing enough chicken breast Cathy needed.

Cathy, therefore, developed the best method of making the chicken sandwich that became a new lunch option for his patrons.

The letter “A” that appears at the end of Chick-Fil-A means “Grade A.” With that, Cathy included the letter to the restaurant name to symbolize top-quality.

5. Chick-Fil-A Restaurants Are Closed On Sundays

According to Chick-Fil-A’s website, Cathy decided to have the restaurants closed on Sundays. Further, he made this decision in 1946 when Dwarf House was founded.

Moreover, he underscores the importance of having a day off from the office to allow him and his employees to rest and engage in any religious activities.

Eventually, this trend became the tradition of the company to date.

6. The First 100 Customers At A New Chick-Fil-A Restaurant Get Free Chick-Fil-A For A Year

The strategy is commonly known as the “First 100 Campout”.

For example, at any new location set to be opened by Chick-Fil-A, the chicken lovers come out in large numbers a day before the primary day and camp for the gift.

Essentially, Chick-Fil-A uses this strategy to market and builds traffic for the news outlets.

7. Only Three States Don’t Have A Chick-Fil-Restaurant

Chick-Fil-A covers Washington DC and other 47 states in the US, making it one of the largest fast food in the US.

That said, only three states, namely Alaska, Hawaii, and Vermont, do not host Chick-Fil-A.

8. It Has One Hawaiian-Themed Restaurant

Chick-Fil-A has the largest Hawaiian-inspired restaurant known as Truett’s Luau, located in Fayetteville, Georgia, with a measurement of 8,000-square-feet.

At this restaurant, Chick-Fil-A offers seafood, pork, and chicken.

9. Opening A Chick-Fil-A Franchise Is Cheap

To become a fast-food franchiser with Chick-Fil-A, the starting capital required is ,000.

Also, Chick-Fil-A provides financial support by paying for all startup costs, such as actual construction and restaurant equipment.

10. It Is Extremely Competitive To Become A Chick-Fil-A Franchisee

Despite its low opening cost, the competition is stiff among the applicants. For example, Chick-Fil-A receives over 20,000 applicants annually and only chooses 75 to 80 applicants.

Moreover, Business Insider indicates that an applicant has less than a 1% chance of having a successful application and ultimately becoming a Chick-Fil-A franchise.

11. It’s The Largest Buyer Of Sunkist Lemon In The World

In 2014, Chick-Fil-A purchased over 250 million lemons to prepare 120 million cups of lemonade served to its customers.

Over the years, a press release indicates that Chick-Fil-A has been ranked as the highest buyer of Sunkist’s lemons exceeding other countries such as Japan.

12. Chick-Fil-A Is The Largest Buyer Of Peanut Oil In The Country

Apart from being ranked as the most significant buyer of Sunkist lemons, Chick-Fil-A has also emerged as the major domestic buyer of peanut oil in the entire country.

That said, peanut oil is one of the primary ingredients in making crunchy, delicious chicken sandwiches.

According to a press release, Chick-Fil-A’s culinary senior manager once revealed peanut oil as the secret behind the spicy chicken sandwich terming it nearly impossible to imitate.

13. Its Waffle Potato Fries Are The Best-Selling Product

In sharp contrast to what Chick-Fil-A is known for (chicken sandwiches), waffle fries turn out to be the most ordered menu.

That said, the unique shape of the fries elevates the product to high levels of consumption.

14. Its Grilled Nuggets Took Seven Years and $50 Million To Create

Developing the best recipe for grilled nuggets took Chick-Fil-A a lot of time and money.

For example, records indicate that the whole process took Chick-Fil-A scientists seven years and $50 million to craft and finalize.

15. Chick-Fil-A Makes More Money Per Restaurant Than Any Other Fast-Food Chain

According to data from QSR Magazine, in 2017, the average sales per restaurant were close to $4 million higher than McDonald’s (average of $2.6 million).

As you can see, Chick-Fil-A thrives in the competitive market due to its popularity worldwide. Hence, the company has consistently recorded the highest sales in all its restaurants.

As a tradition in most major fast-food chains, Chick-Fil-A serves its top-secret menu composed of double-decker sandwiches, cheese fries, a chicken quesadilla, lettuce-wrapped, and more.

17. Chick-Fil-A Has A Location Inside A Football Stadium

The Chick-Fil-A located inside Mercedes-Benz Stadium remains open during the week except for Sundays when the restaurants are closed.

According to Chick-Fil-A’s blog post, the stadium hosts about 100 games annually, providing enough time for customers to enjoy their favorite dishes.

In conclusion, Chick-Fil-A’s history began back in the days when Cathy founded Dwarfs House and later on transformed the idea to start the ever-excellent Chick-Fil-A.

For years, the company has preserved its secret menu for originality and remains competitive in the market.

Also, Chick-Fil-A has recorded some of the highest sales records in its restaurants nationwide, amidst high competition from similar restaurants such as Wendy’s and McDonald’s.