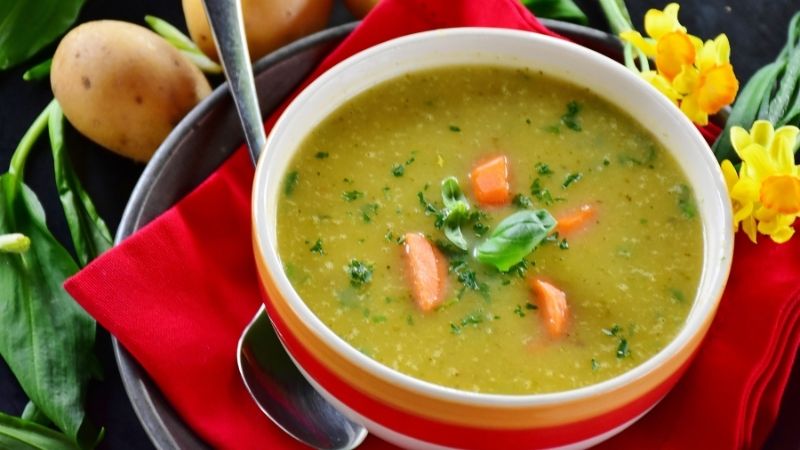 Although Chick-Fil-A is best known for its breaded chicken sandwiches, secret sauces, and waffle fries, there are more items on the restaurant’s menu that are yet to become popular. One such item is soup!

Read on to learn more about what kind of soup Chick-Fil-A sells, its nutritional value, and more!

Chick-Fil-A offers customers soup under the restaurant’s side menu as of 2023. Other sides on the menu alongside the soups include items like Mac & Cheese, Kale Crunch Side, and Greek Yogurt Parfait, among others. Although there are several side items, customers have grown to like the soups offered by Chick-Fil-A.

If you want to know more about the kinds of soup Chick-Fil-A offers, their nutritional values, and other important information, keep reading!

What Kind Of Soups Does Chick-Fil-A Offer?

According to Chick-Fil-A’s menu, the restaurant offers two kinds of soup:

The chicken noodle soup at Chick-Fil-A is made with shredded chicken breast, chopped carrots, and celery with egg noodles in a hearty broth, along with other ingredients.

According to Mashed, the soup is made with boneless and skinless chicken breast meat that is without the rib meat.

Further, the vegetable in the soup includes carrots, onions, and celery.

The soup is usually served with Saltine crackers on the side and is available in either a cup or a bowl.

Moreover, the nutritional constituents per serving of 233g of the Chicken Noodle soup are as follows:

The Saltines included in the soup have 20 calories.

However, it is important to be aware that Chick-Fil-A uses allergens such as dairy, egg, soy, and wheat in the soup.

In addition to this, the restaurant uses 100% refined peanut oil, although FDA considers highly refined oils such as soybean and peanut oil as minor food allergens.

Extra crackers can also be served upon request by the customer.

The Chicken Tortilla soup is made of shredded chicken breast with black beans in a white creamy soup base with a perfect blend of spicy heat and vegetables.

The serving of the soup is topped off with seasoned corn tortilla strips as an additive to the soup.

Furthermore, the serving options of the soup are available in either a cup or a bowl.

Moreover, the nutritional constituents per serving of 262g of the soup are as follows:

The Seasoned Tortilla strips included in the soups have 70 calories.

However, just like the Chicken Noodle Soup, the soup contains allergens such as dairy, egg, soy, and wheat and 100% refined peanut oil.

Additionally, the price of the Chicken tortilla soup may vary depending on the location although the price of a cup and a bowl of soup starts at $3.65 and $5.99 respectively.

Did Chick-Fil-A Get Rid Of Soup?

Chick-Fil-A did not get rid of the Chicken Tortilla Soup, although it was discontinued for a while before it was reintroduced.

As a seasonal soup on the restaurant’s menu, the soup is occasionally discontinued and then reintroduced.

As for the Chicken Noodle Soup, the restaurant did not get rid of the food item, but there was a transition of the soup’s recipe in 2016.

Although the recipe was revamped, the taste of the Chicken Noodle Soup did not change.

Is The Chicken Soup At Chick-Fil-A Good?

Both chicken soups at Chick-Fil-A are considered good. Apart from the individual nutritional values, customers have come forward to provide a review of the soups.

The Chick-Fil-A Chicken Noodle Soup is considered a food item that is ultra-satisfying, tastes good, and is healthy for customers.

Furthermore, the soup has stood the test of time while continuing to offer customers layers of great tasting flavors from fresh garden vegetables to noodles.

For the Chicken Tortilla Soup, most customers consider the menu item to be good tasting but also suggest that they consider it as a stew rather than a soup since it is quite hearty.

Although the soup is chicken-based, the soup does not come with much chicken, with only a few shredded bits of chicken.

Instead, the beans supply a bulk supply of the flavor and are supplemented by vegetables, chicken, and spices.

Does Chick-Fil-A Serve Soup All Day?

However, it is essential to note that Chick-Fil-A’s Noodle soups are often available all year round, while the Chicken Tortilla Soup is a seasonal item that usually returns during the fall.

As a seasonal item, the availability of the Chicken Tortilla Soup is while the supplies last.

Chicken Noodle Soup is considered a healthy food item on the restaurant’s menu.

The soup offers a nutritious blend of fiber, vitamins, protein, minerals, and amino acids that are important to the immune system when one falls sick.

Although homemade soup is usually preferred due to the chance of limiting the sodium intake, experts recommend a healthy store-bought version such as soup purchased from Chick-Fil-A.

In conclusion, Chick-Fil-A does sell the Chicken Noodle Soup and the Chicken Tortilla soups. However, the chicken tortilla soup is a seasonal menu item and is usually not available all year round.

It is also important to note that the price and the availability of the soup may vary based on the location of the restaurant.