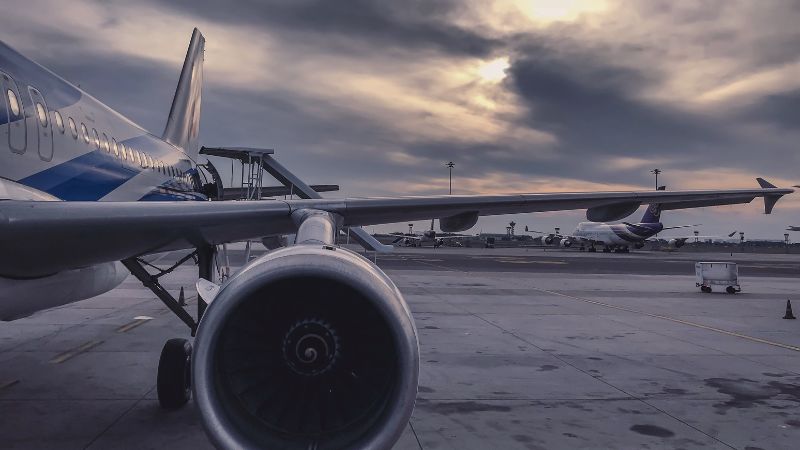 FedEx is one of the leading shipping services in the United States, delivering millions of packages every week. Usually, customers see the FedEx semis transporting boxes from one location to the next.

But have you ever wondered whether or not FedEx uses planes to transport boxes? I was curious about the same thing, so I looked into it. Here’s everything I discovered about FedEx and its use of planes!

There is so much more to know about FedEx’s planes, so make sure you keep reading!

How Many Planes Does FedEx Have?

With more than 650 planes, FedEx Express is the world’s largest cargo air fleet.

How Many 777s Does FedEx Have?

How Many 757s Does FedEx Have?

FedEx’s fleet includes a total of 119 757s. Of these, 115 are in service, and four are parked. Additionally, FedEx doesn’t release detailed information about why specific aircrafts are parked.

However, it is known that the average age of the 757s is 29 years. Therefore, it’s safe to assume that the four parked 757s require maintenance or upgrades.

Which Planes Does FedEx Fly?

In addition, the logistics company counts the following models as part of its fleet:

What Is FedEx’s Biggest Plane?

With that, not only is it the largest aircraft, but it also has the longest range.

For example, it can connect FedEx’s Memphis world hub nonstop to cargo hubs in Europe, China, and the Middle East.

Why Does FedEx Use Old Planes?

FedEx’s average fleet age is 21.8 years old. However, several MD-10s in service are in their forties, including one plane named “Cindy” that is close to 48 years old.

So, given that the current average age for commercial planes in North America is 14, the question of why FedEx uses such old planes becomes even more relevant.

Put another way, if a plane costs less upfront, then cargo carriers like FedEx don’t mind having to spend more on maintenance.

On a related note, cargo airlines make their aircraft last longer than passenger airlines, and there are a few ways they do this.

For example, one is that cargo aircraft tend to fly less frequently than passenger planes do.

Also, another reason is that cargo planes fly longer distances than passenger planes do. As a result, cargo planes undergo fewer takeoffs and landings.

Both of these actions put significant wear and tear on planes, shortening the lifespan of commercial planes.

How Does FedEx Name Their Planes?

Each of FedEx’s more than 650 planes is named after the child of a FedEx employee.

This tradition started in 1973, when FedEx’s first plane, a Dassault Falcon 20, was named “Wendy” after the daughter of company founder Fred Smith.

How Often Do FedEx Planes Fly?

Every night, about 150 planes fly in from all over the world between 10 PM and 1 AM to unload their cargo.

Then, planes start taking off again at 2 AM and fly until 4 AM, meaning that just about every destination in the US can have a FedEx plane arriving by 6 AM.

In addition to these planes, FedEx keeps several empty or underloaded aircraft (usually five) in the air overnight.

By doing this, it allows FedEx to respond to changing freight demand quickly. Additionally, it prevents cargo from being stranded on aircraft grounded with mechanical problems.

Many of the aircraft in FedEx’s fleet are just like passenger planes—except there are no seats. Usually, the only people on the plane are the pilots and perhaps a flight engineer.

To learn more, you can also read our posts on whether or not FedEx Ground has tracking, does FedEx sends texts, and what is FedEx Express.

It’s hard to believe, but FedEx operates the world’s largest fleet of planes. Instead of passengers, more than 650 planes carry hundreds of thousands of pounds of cargo worldwide.

Indeed, FedEx’s commitment to its air services allows the logistics company to be one of the fastest, most affordable overnight delivery services in the world.