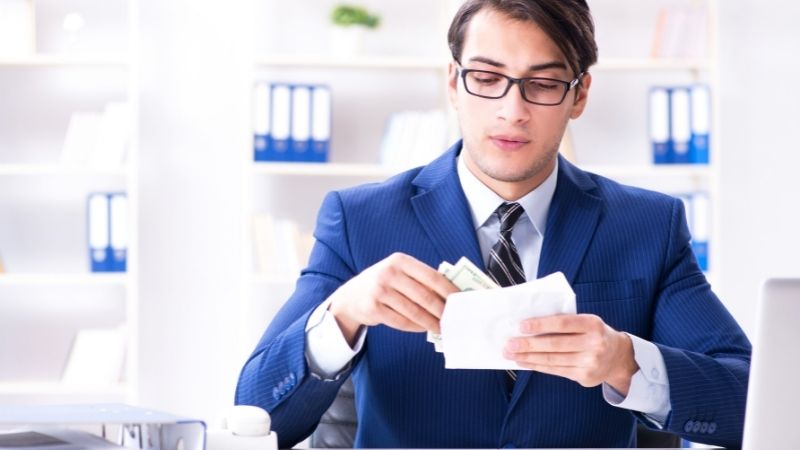 A lot of the people that sign up to become delivery drivers on Uber Eats are drawn to the independence and flexibility promised by the service.

On the company’s side, it’s important to have programs that motivate the drivers to do as much as they can. We looked into whether or not Uber Eats pays bonuses as part of these incentives for the article below, so keep reading to find out!

Uber Eats pays bonuses to its drivers in 2023. Bonuses are intended to encourage the drivers to work and are usually made available when there is increased activity from the customers or there are few drivers available. Uber Eats doesn’t give all drivers the same bonuses because some are dependent on their region and how they do the job.

Keep reading to learn everything you need to know about the bonuses available on Uber Eats, including how to get them, how and when they’re paid, and more!

How to Get Uber Eats Bonuses

You can get Uber Eats bonuses by completing special tasks that are suggested inside the drivers’ app from time to time.

When they show up and which kinds of bonuses you can go for depends on the activity on your account and in your area.

For example, a new driver would get bonuses that welcome them to the platform.

However, a more experienced driver would get a bonus that encourages them to work harder than they normally do.

Uber Eats marks bonuses under miscellaneous or other payments in the drivers’ payment statements.

Sometimes you could complete the tasks, but the company evaluates them and decides that you’re not eligible for the bonus after the fact.

When this happens, it will be noted on the pay statement where the bonus would be with a possible explanation why you didn’t qualify.

When Does Uber Eats Pay Bonus?

According to the Uber Eats website, bonuses (referred to as “promotions and guarantees”) should be paid out 1 or 2 payment cycles from when the period ends.

Even if you hit the goals for the bonus early, you’ll have to wait until the deadline you were given to begin counting down.

In reality, however, we’ve found instances where the drivers received their bonus immediately after completing the required tasks.

On the other hand, we’ve also found several reports from drivers that have had to chase down their bonuses by reporting the issue to customer support.

In many of these cases, Uber Eats took a week or more past the set deadline to pay out bonuses to its drivers after they completed the required tasks.

Does Uber Eats Give a Bonus After 100 Deliveries?

Uber Eats gives new drivers a bonus for their first 100 deliveries but only if their earnings are below a certain amount.

How it works is if a driver makes $700 on their first 100 deliveries, the company gives them an extra $300 to make up for the difference.

If the driver makes this amount or more within that time frame, then they don’t get anything because the guarantee checked out.

You get a $250 bonus from Uber Eats by completing your first 10 deliveries after signing up.

If it doesn’t get sent to you within the regular timeframe, you should take a screenshot of your activity and send it to customer service as many times as it takes.

Does Uber Eats Have a Bonus for Gas?

Uber Eats introduced a bonus for gas in March 2023 to address rising gas prices. This bonus charges customers an extra 35 or 45 cents that go to the drivers.

As of now, this bonus isn’t intended to be permanent and it’s only available in the US with no plans announced to introduce it elsewhere.

Are Uber Eats Bonuses Worth It?

Whether the bonuses on Uber Eats are worth it comes down to your needs and how much work you’re willing to do.

If you have the extra time to spare for additional tasks to complete the challenges within the time limit and you need the cash, then the bonuses are worth it.

For other people, the work that goes into it and the possibility that you won’t get the bonus at the end is enough to make them not worth the trouble.

As mentioned above, Uber Eats has to evaluate your activity after you complete the tasks and determine whether or not you qualify for the bonus.

Even those who are successful are still at risk of having to contact customer support to have the funds actually sent to them in a complicated process.

Does Uber Eats Have Rewards?

Uber Eats has a rewards program called Uber Eats Pro. If you’re looking to get more out of your driver gig aside from the bonuses, this is also a strong option.

Uber Eats Pro offers several different perks that differ depending on where you’re based, but they include the following:

Uber Eats Pro is currently only available in a handful of cities in the US and Canada, so you should look around the drivers’ app or ask other couriers in your area for information.

Uber Eats has different bonuses that are intended to motivate new and seasoned drivers to take on more orders. One of Uber Eats’ bonuses includes a $1,000 guarantee for your first 100 deliveries that will pay you the difference if your earnings don’t cross this mark.

Uber Eats should pay bonuses within 1 or 2 pay cycles from when you complete the required tasks, but in some cases, the drivers receive the bonus immediately while others have to go through customer service and wait weeks.