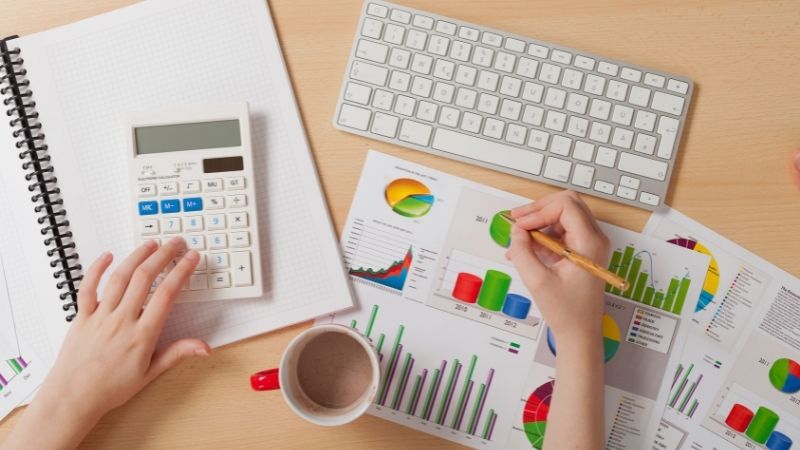 DoorDash is one of the most common names in delivery services, but do you know much about the company or know many facts about Doordash?

Well, I have been researching this topic and have several DoorDash statistics and facts to share with you, so read on to learn what I’ve discovered about this fun topic!

The first DoorDash delivery was on January 12, 2013, but back then it was still being tested around Stanford’s campus and was just a website with certain restaurants around campus.

Additionally, the founders of DoorDash gave out their phone numbers for contacts, and there was no app back then either.

After securing $120,000 in funding in March 2013, it was renamed and rebranded to what we know today as DoorDash and was launched in July of that year.

One interesting DoorDash fact you may not know is that it started in San Francisco, California, by Andy Fang, Stanley Tang, Tony Xu, and Evan Moore. Tony Xu is the CEO currently.

2021 was a huge year for DoorDash as its revenue increased to $4.88 billion, which was an increase of 69% from the year before.

Furthermore, in San Francisco, it’s the leader with 74%, and it’s popular in other cities such as Dallas-Fort Worth and Phoenix where it controls 56% and 53% of the market respectively.

In contrast, Uber Eats only controls about 22% of the food delivery market share in America.

5. There Are More Than 25 Million Users on DoorDash

DoorDash has more than 25 million users and a majority of the users are within the United States, which shows how popular this food delivery service is!

In 2021, DoorDash reported a net loss of $468 million, which might not seem like much, but it’s about $7 million higher than reported in 2020 for net losses.

7. DoorDash Has Over 2 Million Dashers

Dashers are what the DoorDash couriers are called, which are the people who deliver the goods to customers, and thousands exist throughout each city in America.

Furthermore, Dashers can deliver the products to customers using either their cars, bikes, or scooters.

In a staggering DoorDash statistic, there are more than 450,000 active merchants on the platform, which means a merchant that has completed one order.

However, this number is from December 2020, so we expect that this number is even higher now, and will continue to climb as more stores use DoorDash for delivery.

DoorDash has grown in popularity all over the country with more than 329 million orders processed in the first quarter of 2021 alone!

That’s a huge increase in just a couple of years and shows the booming business that DoorDash has created for itself!

Another interesting trend with DoorDash is that more restaurants than ever before are using it for delivery, with more than 390,000 restaurants using the company in 2021.

A DashPass subscription allows you to get free delivery if you subscribe to the service, and in 2021, more than 5 million people had subscribed to a DashPass.

Furthermore, this is a huge increase from the 2020 DashPass subscriber count of 1.5 million, and significantly more than the .8 million that signed up in 2019.

12. 56% of DoorDash Customers Used the App Only

An interesting statistic about DoorDash is that 56% of DoorDash customers within America used the app only during the first quarter of 2021.

Did you know that DoorDash has over 3,8000 employees throughout the world as of a December 2020 count? This is about 607 more employees than just a few months prior.

However, we expect that this number will continue to grow as DoorDash soars in popularity in America as the biggest food delivery service.

14. During Day One on the New York Stock Exchange Shares Climbed 80%

When DoorDash landed on the New York Stock Exchange in December 2020, shares climbed 80% on the first day.

The valuation for DoorDash was around $72 billion by the time it had reached the New York Stock Exchange, which was four times higher than the $16 billion valuations a few months prior.

In contrast, the valuation for DoorDash in 2018 was only $7 billion, and in 2017 it had a valuation of $.5 billion, showing how much the company grew in just a few years.

DoorDash has spent a significant amount of money over the years on research and development with more than $82 million being spent in the first quarter of 2021 alone!

Did you know that the median salary, if you’re employed by DoorDash, is $171,000, which is a significant salary if you want to work for this food delivery service?

You may not have heard of Wolt before, but it’s an international delivery service that can be found in 23 countries and employs more than 4,000, and DoorDash acquired it for $8.1 billion!

Further, this just shows a trend with DoorDash pushing to move more into international markets and this deal is going to be closed by the end of 2022.

One interesting trend we’ve seen with DoorDash is that every year the funding for the company increases as the popularity of the food delivery service increases.

For example, the initial funding for DoorDash was $120,000, but in May 2014, DoorDash received more than $17 million in funding, and a year later received $40 million.

20. DashPass Subscribers Save $20 Per Month on Average

If you purchase a DashPass from DoorDash, it’s found that you’ll save on average at least $20 per month on delivery fees!

Therefore, paying $9.99 per month is worth it if you’re a regular customer of DoorDash.

One statistic we found to be surprising is that 90% of all DoorDash drivers work less than 10 hours per week!

Additionally, 4 hours per week is the average time worked per week for a DoorDash driver, which isn’t that much and isn’t even part-time hours.

22. Sunday Is One of the Best Days to Work as a Dasher

Did you know that Sunday is one of the best days if you’re working as a Dasher, and it can be incredibly busy depending on your location?

For example, the morning to afternoon time on Sunday is a peak in a lot of areas, so if you want to be a Dasher, you shouldn’t skip out on working on Sundays!

23. DoorDash Offered a No-Commission Fee During Early 2020 & It Exponentially Grew the Company

During the early months of 2020, DoorDash decided to offer a no-commission fee to restaurants to try to keep a competitive edge, and it also reduced fees for partner restaurants.

Therefore, DoorDash made what would be one of the best business decisions since this move resulted in a revenue of $2.9 billion in 2020 and it grew the company exponentially.

What Percentage of People Use DoorDash?

What Is the Busiest City for DoorDash?

DoorDash is most popular in San Francisco where it has a 74% market share and is the most popular option for food delivery services.

DoorDash is losing money because it doesn’t make a huge profit on each order placed, but DoorDash does make money by charging a commission to restaurants for using the app.

Who Pays More DoorDash or GrubHub?

However, both companies offer drivers the ability to make tips, so how much you make will depend more on your location and tips given than the hourly wages.

What Is the Best Time to Do DoorDash?

Nighttime is the best time to do DoorDash according to the Dashers themselves, and between 5 PM and 9 PM is the peak time regardless of your location.

Also, late-night on the weekends can be a great time as well, so if you’re a late-night person then Dashing at night might work out best for you!

To learn more, you can also read our posts on Amazon Flex vs DoorDash, does Grubhub owns DoorDash, and is DoorDash cheaper than Uber Eats.

There are several interesting statistics about DoorDash such as that there are now more than 25 million users on the platform and over 2 million Dashers.

Furthermore, DoorDash is the most popular delivery service company with a 57% market share in America and had a revenue in 2021 of $4.88 billion.