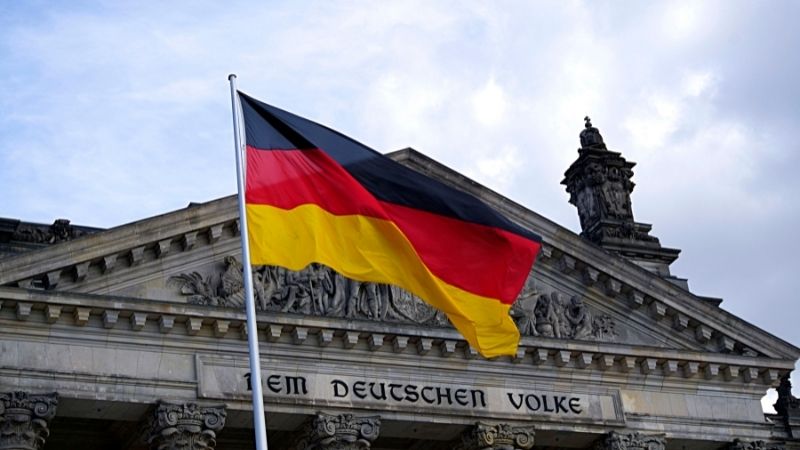 Visit an Aldi US store, and you’re experiencing a supermarket like none other. From the cart system to the store set-up and even the pricing, Aldi is different. You may have heard different things about the origins of this fast-growing grocery chain, especially that it hails from Europe.

So, is Aldi German? Where does this chain come from, and how did it get here in the US? If these are the questions on your mind, I have some answers. Keep reading!

Aldi US is the American branch of what is known as Aldi Sud, which hails from and is based in Essen, Germany, as of 2022. Aldi Sud came to the US in 1976 and currently operates over 2,100 stores stateside. Stores periodically give a nod to the chain’s heritage with German-style foods and German-made imports.

To learn more about the beginnings of Aldi in Germany, if the products Aldi carries are German, where the name Aldi came from, and so much more, see all you need to know below!

Did Aldi Originate In Germany?

Yes, Aldi did originate in Germany, right after the end of World War II.

That said, Aldi’s forerunner opened in 1913 when the mother of Karl and Theo Albrecht opened a small store outside of Essen, Germany.

Between 1945 and 1948, the brothers took over running the store in a Germany that was very different from before the war.

So, to give the people of the war-decimated country access to food, the brothers created what they dubbed “the world’s first discount store.”

With that, their original business model included selling only non-perishables and ruthlessly cutting out items that didn’t sell in place of ones that would.

Also, they didn’t fiddle around with fancy floor displays or other frivolities; these acts helped them keep prices super low for their customers.

Further, LoveMoney.com reports that the two men were notoriously thrifty in their personal lives, even after making their fortunes.

Just 15 years after the war ended, the brothers Albrecht were running 300 stores and making millions of dollars each year.

Inevitably, Theo and Karl had a falling out because the two couldn’t agree on whether the stores should sell tobacco products, like cigarettes.

So in 1960, they went their separate ways, splitting the company to form two distinct ones.

Therefore, Theo became the CEO of Aldi Nord, which opted to sell cigarettes, while Karl took on Aldi Sud as the CEO, eschewing the sale of tobacco.

Moreover, the completion of the split occurred finally in 1966 when Aldi Nord and Aldi Sud legally became entirely separate entities.

Just ten years later, Karl and Aldi Sud made their first appearance in the US, opening a store in Iowa. But, Theo wasn’t going to miss out on the opportunity afforded by the States, either.

Also, if you look at the origin of manufacture for some of their items (especially those in the Aldi Finds aisle), you can see that they are occasionally made in Germany.

Finally, since the company relies on little advertising (more in the US than in Germany, but still very small compared to other companies), its German goods generate a lot of earned media.

While Aldi does carry some products made in Germany, for the most part, Aldi US products are made and manufactured in the US.

Further, produce might be locally sourced if Aldi can work out a good deal.

Also, non-perishables tend to be manufactured and packaged in the same national factories as name-brand products.

However, when it’s time for Oktoberfest (or even when it’s not), Aldi will specially import German foods to help customers get in the spirit.

Moreover, these include items under the Deutsche Kuche (“German Kitchen”) label, such as apple strudel, mustards, schnitzel, spaetzle, breads and bratwurst and sausages.

Still, the Deutsche Kuche line isn’t limited to September/October; some items are on shelves year-round, and Aldi runs a second German week in the Spring.

What Does Aldi Mean In Germany?

When the Albrecht brothers rebranded their chain of grocery stores, they decided to use their surname and the word “discount” to describe their mission.

So, you have Al (for Albrecht) and Di (for discount), a portmanteau; in German it’s actually “Albrecht-Diskont.”

Overall, the word “Aldi” itself doesn’t have any meaning in the German language.

All three are delightful, rich, and flavorful, with many different flavors, like premium dark chocolate from Moser Roth and the infamous peanut butter cups from Choceur.

Additionally, these German chocolates are available no matter what time of the year, with specialty flavors appearing in the Aldi Finds aisle.

Is Aldi Popular In Germany?

In 2019 Aldi ranked as the most popular discount supermarket in Germany, with Lidl (which has also opened stores in the US) and Netto just behind.

On this Reddit thread, commenters discussed Aldi’s “image” and popularity in Germany. One user remarked that more upscale grocery stores weren’t as popular as discounters like Aldi.

Moreover, Aldi is one of the supermarkets that “shamed” other chains into improving their return policies and money-back guarantees.

Therefore, Aldi certainly seems not just popular but well-regarded by the German people.

First, check out this awesome video with footage inside a German Aldi store.

What’s surprising? It doesn’t look all that different from the US, and while the products are not the same, the boxes they’re shipped in (and stay in on shelves) are identical.

Some major differences, though: the shelves of Aldi liquor; so far in the US, Aldi only sells beer and wine.

On top of that, another big one is the presence of vending machines in Aldi Germany!

That said, these goods roll out of the machine completely unpackaged, so shoppers can snack on them as they shop.

Is Aldi Owned By Trader Joe’s?

If you’ll recall, Aldi Nord and Aldi Sud were formed out of the original Aldi chain when the brothers Albrecht couldn’t agree on tobacco sales, so they split the company.

Are There Two Different Aldis?

While the companies were once related, forming one large corporation, they split in the 1960s and are now completely separate entities.

To know more, you can also read our posts on why is Aldi so successful, is Aldi similar to Costco, and Aldi competitors.

Aldi US is the American branch of Aldi Sud, the parent company that runs out of Essen, Germany.

That said, Aldi US continues to pay homage to its origins, celebrating Oktoberfest week in late September and again in the Spring, with plenty of German imports for the occasion.