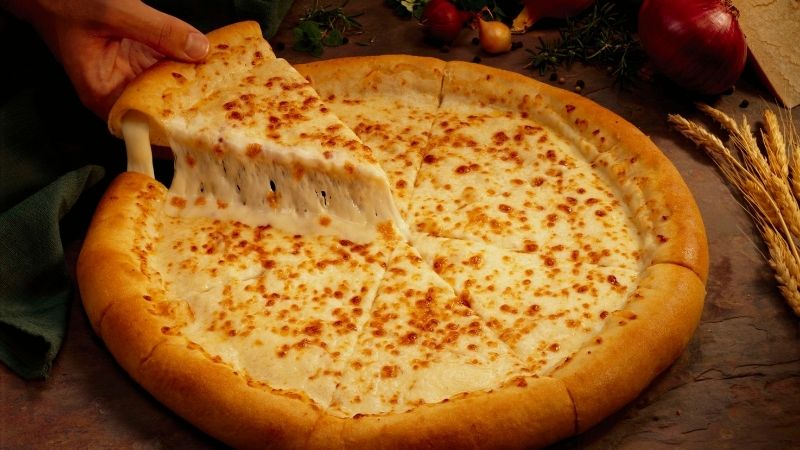 Domino’s pizza is a favorite among many. One of the top pizza chains in the world, Domino’s is relied on to provide customers with delicious and thoughtfully made pizzas.

Many who eat a vegan diet look for pizza restaurants that offer vegan options. One of the important parts of a pizza is the crust, so does Domino’s offer vegan crust? This article will tell you all you need to know!

Two of Domino’s standard pizza crusts are mostly vegan in 2022. Some vegans might consider them to be acceptable. The thin crust at Domino’s is vegan aside from the small amount of L-Cysteine, and the gluten-free crust is vegan except for the honey. If you are okay with eating these ingredients, then Domino’s is a great choice.

Keep reading to learn more about the pizza crusts available at Domino’s!

Domino’s Puff-Pastry crust is back on the menu in some regions for a limited time, which is exciting news for fans of the special pizza dough. Also, the Puff-Pastry is vegan-friendly.

Further, the flaky crust can be added to any value, traditional, or premium pizza for the added cost of $2.

Domino’s thin pizza crust is in fact vegan. That said, you can order any pizza at Domino’s with a thin crust, which opens up many possibilities for vegan orders.

Also, some have noted that the thin crust is the best option for vegan crust at Domino’s, but it does contain L-Cysteine, which is often derived from animal hair.

However, L-Cysteine is only used in small amounts as a dough conditioner.

Domino’s gluten-free pizza crust is a great option for some vegans as well as those with gluten allergies.

However, the gluten-free crust contains honey, which some do not consider vegan.

Any pizza from Domino’s can be ordered with a gluten-free crust, although it only comes in a small size.

Further, if you order a pizza with a gluten-free crust, vegan sauce such as the robust inspired tomato or BBQ, and add veggie toppings, your pizza will be mostly vegan.

Keep in mind, though, that the pizza is prepared in a kitchen with all other ingredients in close contact. Therefore, cross-contamination is possible.

Does Domino’s Have Eggs In Its Pizza Crusts?

None of Domino’s pizza crusts contain eggs. However, several of them contain other animal-derived ingredients.

What Are the Five Types Of Crust At Domino’s?

Which Crust At Domino’s Is Vegan?

The thin crust is the best option for vegan pizza crust at Domino’s. Remember, it contains small amounts of L-Cysteine, often derived from animal hair.

Still, other options include the gluten-free crust (if you don’t mind the honey) and the limited-time Puff-Pastry crust.

What Is Domino’s Pizza Crust Made Of?

Also, they contain sugar, salt, whey, and other ingredients like dough conditioners.

The thin crust at dominos is made with normal flour, water, soybean oil, salt, dextrose, and leavening, along with other ingredients like preservatives and dough conditioners.

Further, Domino’s gluten-free crust is made with water and a mix of flour and starch, including rice flour, brown rice flour, modified rice starch, potato flour, and potato starch.

To learn more, you can also read our posts on whether or not Domino’s accepts checks, is Domino’s garlic bread vegan, and how late does Domino’s deliver.

Domino’s has five types of standard pizza crust, and two of them are vegan, according to some; these are the thin and gluten-free crusts.

The ingredients that may keep vegans from consuming these crusts are the L-Cysteine found in the thin crust and the honey in the gluten-free crust.