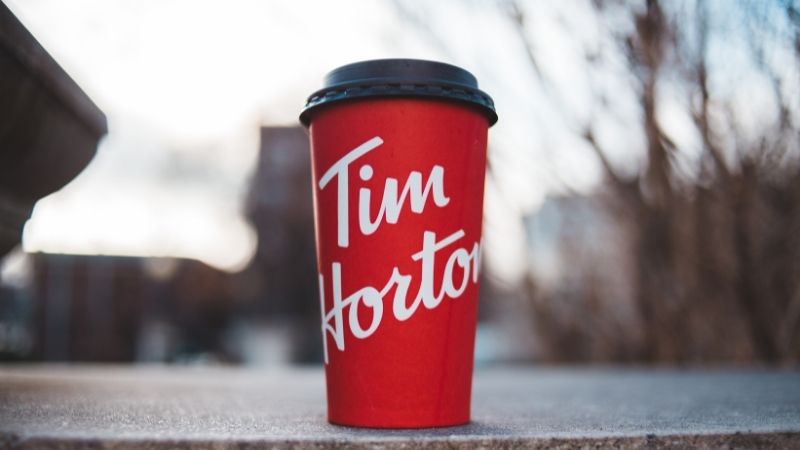 If so, keep reading to learn all you need to know about Tim Hortons and whether it has a good cup of coffee!

Do you want to know more about whether Tim Horton’s coffee is good or not? If so, read on to learn what we’ve found out!

Tim Horton’s coffee is a staple because it pairs so well with other offerings such as donuts.

The current coffee at Tim Hortons is considered average among other fast-food restaurants, but it was once regarded as one of the best.

Growing competition in the fast-food industry as well as changes to the Tim Hortons coffee lineup have left the Canadian fast-food giant behind the times with regards to coffee.

With that said, Tim Horton’s coffee is still a good value and a great option if you are stopping in for a bite to eat.

Dark Roast coffee at Tim Hortons is very strong and may not be to everyone’s liking. However, it is regarded as being a good quality coffee with a bold taste.

Many people say that Tim Horton’s decaf coffee is missing something with regard to taste, but adding sweetener and creamer will more than make up for the missing flavor.

Reviews on Tim Horton’s lattes are mediocre at best.

Most people say that it is a large step down from other coffee shops and is more akin to what you would find in a coffee vending machine.

Tim Horton’s espresso is also considered mediocre by most coffee enthusiasts because of its weak taste.

Tim Hortons Cappuccino received similar reviews to lattes and espressos with the biggest complaint being that the drink is weak.

Cappuccino is made entirely by machine just like the Tim Hortons latte.

Tim Hortons got customers to review the cold brew coffee and most of the comments were negative. Not only is the drink poorly reviewed, but it is very much hated by many.

Iced-Capps at Tim Hortons are among the most popular drinks offered and for good reason. Customers rave about the drink, which is like the popular Starbucks Frappuccino

Tim Hortons K-Cups let you bring the flavor of Tim Hortons home with you and most customers agree that this is good coffee.

Tim Hortons K-Cups have at least 4.5 stars on most review sites including Influenster which includes over 1,600 reviews.

Whether someone likes Starbucks or Tim Hortons better is entirely personal preference.

However, the atmosphere is completely different at these two restaurants. Tim Hortons is very much a fast-food restaurant while Starbucks is arguably more inviting.

Most of Tim Horton’s coffee gets mixed reviews at best, but it is fast-food and not a gourmet coffee shop. At the same time, Tim Hortons does manage to offer a wide selection of drinks including coffee.

Tim Hortons has also made significant improvements over the last few years to improve its coffee products by switching out old machines that used powder-mix to traditional style brewers.