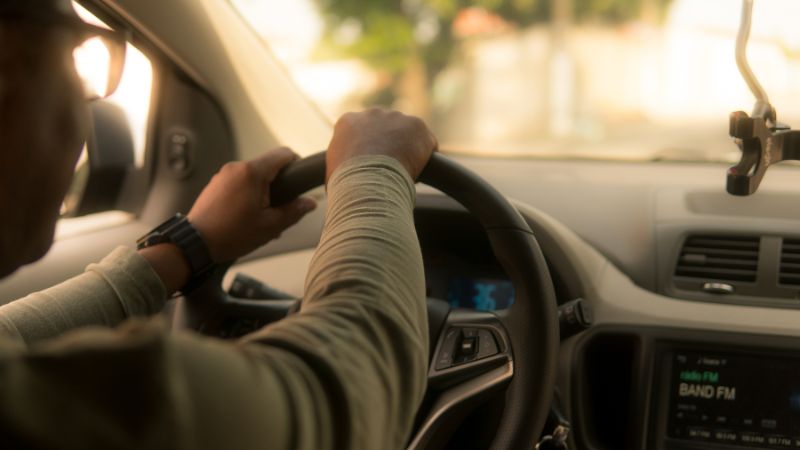 Uber allows regular people to sign up and start providing rides as long as they have a car and some free time,  but this often puts them in direct contact with several strangers.

So, if you’re wondering whether it’s safe to drive for Uber, we looked into the subject using information from various sources, including driver reports, to come up with this guide on what you should know before getting started. Keep reading to learn more!

Is Uber Driving Safe in [currentyear]?

Driving for Uber is mostly safe, but this doesn’t mean that you can rule out danger completely. There are several different ways to improve your own safety as an Uber driver as well as features implemented by the company itself to enhance security in [currentyear]. Uber also has a specific ride type where drivers are physically separated from riders.

Find out everything you need to know about Uber driver safety, including how the app tries to improve it, what you can do, and more in the article below!

What Does Uber Protective Mean?

Uber Protective is one of the names given to Uber Shield, a ride type where the cars have a barrier between the front and rear seats.

These barriers are protective shields made from materials like plexiglass or acrylic as opposed to glass.

Their primary function is to protect the car’s occupants from sneezes and any airborne risks.

Due to the materials used to make these shields, they can also come in handy as a physical safety device.

They keep the rider from having easy access to the driver and they’re not easy to break, so the driver can register an attempt and react in time.

Uber Shield is currently only available in limited markets like Poland, but drivers anywhere in the world are free to install these shields if they want.

What Are the Dangers of Uber for Drivers?

Some of the risks that Uber drivers face include the following:

Some of the risks above come from people requesting rides and specifically targeting drivers, usually in isolated areas late at night.

How Does Uber Protect Drivers?

Some of the measures Uber has implemented to protect drivers include the following:

Despite these features, industry experts say that Uber doesn’t do much to protect drivers.

This is because such action risks jeopardizing the company’s classification of drivers as independent contractors as opposed to employees.

Unfortunately, one of the most important protective measures that is provided for taxi drivers that Uber drivers aren’t given is training on how to handle risks (ex. unruly passengers).

How Do I Protect Myself as an Uber Driver?

You could try some of the following strategies to protect yourself as an Uber driver:

Can You Carry Firearms While Driving for Uber?

Uber drivers can’t carry firearms while driving, and doing so might result in their account being deactivated.

According to Uber’s own wording, drivers, riders, and delivery couriers can’t have firearms in their cars “while using the app.”

This means that you can have a gun in your car as long as you’re not using the Uber app, i.e., looking for and providing rides.

You can only have a firearm with you while using the app if it’s locked in a hard-sided container stored in the trunk along with any ammunition, magazines, clips, bolts, firing pins, etc.

Can Uber Drivers Defend Themselves?

Uber drivers can defend themselves using non-lethal weapons such as tasers and pepper spray because they’re not prohibited by the company’s policies.

To learn more, you can also read our posts on why do Uber drivers cancel, is Uber reliable, and is Uber cheaper at night.

Uber driving is safe for the most part, but there are still some risks involved, including carjackings and robberies.

However, Uber has implemented some measures to improve safety for drivers, including having an in-app panic button, giving them information to verify the rider before the trip, and GPS tracking.