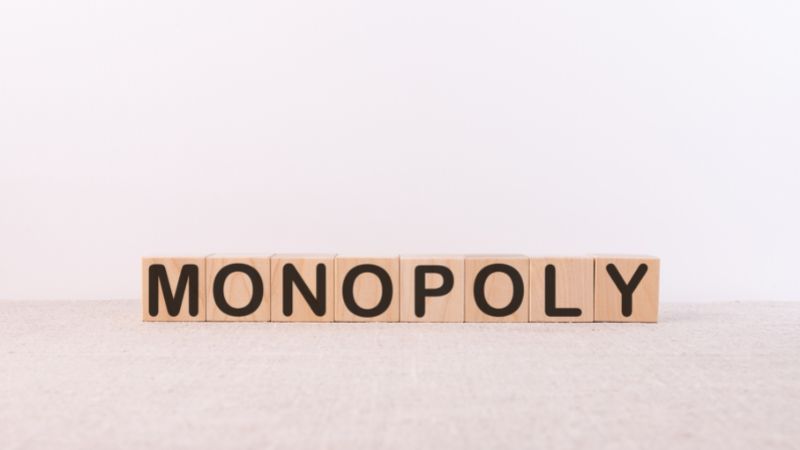 The United States Postal Service has a strong presence in the U.S., with roots that go back to the 1700s, before the Revolutionary War. Today, it’s characterized by its robust system of Post Offices and distribution centers and a 600,000-strong employee network.

But is USPS a monopoly? The agency has strong claims on the billions of mailpieces that crisscross the country every day, but is it enough to constitute a monopoly? Here’s what you need to know.

Is USPS a Monopoly?

The United States Postal Service does indeed hold two legal monopolies, as set forth in Title 39 of the US Code. The first concerns letter mail, or anything that could be defined as a letter, while the second concerns the use of your mailbox. The US is only the Western country to have the mailbox monopoly in 2022.

To learn more about the Postal monopolies, whether the USPS has competition, if USPS is still owned by the government, and much more, keep reading below!

What Is a Postal Monopoly?

As I mentioned above, the United States Postal Service holds two legal monopolies – meaning the US law has given them the right to hold the monopolies.

According to The Role of the United States Postal Service in Public Safety and Security: Implications of Relaxing the Mailbox Monopoly, there is a good reason for the monopolies.

The reason is that the monopolies help the USPS remain financially solvent so that it can continue to carry out one of its sacred duties: Universal Service Obligation (USO).

USO describes the Postal Service’s commitment to delivering mail to any address in the U.S., no matter how remote, and no matter how far from civilization.

If it’s an address, USPS will get the mail to it.

(This is why private couriers like FedEx used USPS as their “last-mile” delivery service.)

So, the monopolies are enshrined in law, to ensure that no mail goes undelivered to any address whatsoever.

Letter mail, or First-Class mail, can only be delivered by USPS, under what’s known as The Postal Monopoly.

The Postal Act of 1845 was the first statute put forth toward The Postal Monopoly; from there, it was further defined by other laws, most recently in 2006.

Thus, “letter” is defined as “a message directed to a specific person or address and recorded in or on a tangible object.”

There are a few exceptions to the Postal Monopoly; letters that weigh more than 12.5 oz.; letters that cost six times the price of a Forever stamp.

As well, letters that are extremely urgent don’t fall under the Postal Monopoly. This sets the stage for private couriers like FedEx and UPS to operate.

The second monopoly is the use of your mailbox.

Did you know it’s actually a federal crime for anyone other than the mail carrier and yourself to put anything into the mailbox?

As of 1934, Congress adopted a law that prevents anyone except your mail carrier from placing anything into your mailbox that isn’t mailable.

(This came about because utility companies were delivering bills directly to their customers, putting USPS’s USO in jeopardy.)

Does USPS Have Competition?

USPS does have competition, though not in letter mail; instead, the competition comes mainly in the shipping of packages.

Major couriers FedEx and UPS compete domestically on package shipments, but also internationally and quickly – and that is perhaps where these shipping giants shine.

For example, UPS has its UPS Express Critical, which delivers shipments around the world in less than 24 hours.

Further, UPS can ship much heavier items – 150 lbs. worth of weight to be exact, whereas USPS maxes out at 70 lbs.

Additionally, FedEx is also the go-to for shipping specialty items, like perishables (every Hello Fresh I’ve ever received has been shipped via FedEx).

Still, USPS has the advantage on domestic shipping, in my opinion, if you’re not in a major rush.

USPS shipping prices are sometimes a fraction of UPS and FedEx, and they have their own superfast money-back guarantee overnight shipping, Priority Mail Express.

Finally, despite competing with UPS and FedEx, the Postal Service also works with them!

For years, FedEx conscripted USPS to finish deliveries, while USPS hopped rides on FedEx Express, the largest cargo fleet of planes in the world.

Is USPS Still Owned by the Government?

USPS is still “owned” by the government – or rather, it’s an independent agency of the federal government, off the Executive branch (just like the President’s office).

However, there has been talk of the necessity of privatizing the USPS, taking it out of government hands, and putting it in the clutches of a private corporation.

The pros could include a major improvement in efficiency, with operating costs going down. Innovation, as a result of competition, would probably go up.

And, as Jesus Salas said in his interview with Lehigh University, “…the US would never have to have the burden of figuring out what to do with the USPS again.”

Prices would likely go up, all around, but more specifically, for rural addresses, where they could see a huge surcharge for service that was once free.

As well, USPS would likely see mail delivery in these rural areas slow down considerably.

So what would happen to farmers, who rely on small livestock being shipped, and veterans, the elderly, and people who live in remote areas, who rely on government checks?

Well, they would all see their mail slowed and made more expensive to send.

As well, for poorer people and people of color, the burden would be greater, too.

It includes the slowdown of mail to these rural areas, and it has already begun.

Does USPS Get Money From the Government?

Despite it being a federal agency, the Postal Service doesn’t take any taxpayer money as part of its regular operations.

Instead, it relies on the sales of stamps, postage, and services to fully fund its operations; this is why the price of a Forever stamp continues to trend upward.

However, USPS receives considerable tax breaks, and in March 2022, the Postal Service received a $50 billion bailout from Congress to help put it on the path to financial solvency.

To know more, you can also read our posts on whether or not USPS make money, USPS Media Mail, and is USPS a good job.

USPS does hold two legal monopolies, one on letter mail and one on the usage of mailboxes.

Despite this, the Postal Service is in rough shape financially, and talk of privatizing the USPS – with some small steps being taken in this direction – remains in the public discourse.