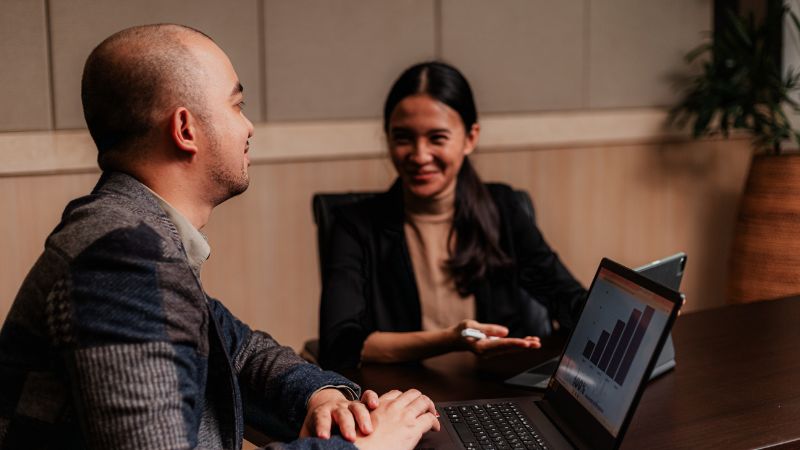 Are you currently sitting at your job wondering how many other people are satisfied or unsatisfied with their jobs? Do you want to know some cool job satisfaction statistics?

I have been looking into this topic and have found several interesting facts and statistics I will share with you below, so keep reading below to learn all about it!

1. 65% Of Americans Are Satisfied With Their Jobs

One interesting job satisfaction statistic is that only 65% of Americans are satisfied with their jobs, which is a low number!

However, one factor contributing to this is that workers are overworked and stressed out as businesses struggle to find enough workers to maintain daily operations.

When surveyed, 72% of American workers said that having more work benefits, such as paid time off, sick leave, vacation, and holiday pay, would increase their job satisfaction.

Therefore, you can assume that people would feel happier coming to work if they knew they were being rewarded for their contribution through these extra benefits.

3. 34% Of Americans Feel Engaged While At Work

A surprising job satisfaction statistic is that only 34% of Americans feel engaged while at work, which means many of them tune out and feel bored with their jobs.

However, if people found a job they enjoyed or were doing something they loved, there would be a higher level of engagement.

4. 13% Of American Workers Are Disengaged While At Work

13% of workers in America feel disengaged while at work, which can contribute to unhappiness, boredom, and loss of a sense of pride in their jobs.

Additionally, being disengaged while on the job can lead to accidents, so I hope this trend does not continue.

For 83% of millennials, a work-life balance is one of the most critical factors in how satisfied they are with their jobs, so they don’t want to be working non-stop and feeling burned out.

6. 75% Of Employees Quit Because Of Managerial Disagreements

Managers have a lot of leverage over employees, and a bad manager can make your job impossible, so it’s no surprise that 75% of employees quit over managerial disagreements.

7. 30% Of Americans Feel Their Job Is Just To Get Them By

One sad job satisfaction statistic is that 30% of Americans think their job is just a job that helps them get by, which means they have no passion for it and it’s just income.

8. 55% Of Americans Will Look For A Different Job Within a Year

While Americans might be returning to work more, many don’t think they will stay with their job for long, and 55% will be looking for a different job within a year!

9. 56.8% Of Workers Globally Are Satisfied With Their Job

On a global level, only 56.8% of workers are satisfied with their jobs, a surprisingly low job satisfaction statistic.

10. 57% Of Those That Work At Home Are Satisfied With Their Jobs

A lot of people are working from home these days, and the Americans that work from home have a job satisfaction rate of 57%, which is pretty good considering the extra stressors.

11. Only 51% Feel Their Job Gives Them An Identity

One statistic I thought you’d like to know about jobs is that only 51% of people believe their job gives them an identity, meaning most people aren’t very attached to their job.

12. 60% Feel Coworkers Contribute The Most To Job Happiness

Coworkers can make or break you at work; over 60% feel that job happiness depends on your coworkers, with good co-workers contributing a lot to job happiness.

13. 20% Of Americans Are Passionate About Their Jobs

Job satisfaction may not be very high in America because only 20% of people are passionate about their jobs. Of course, the less passionate you are, the less engaged and happy you’ll be. 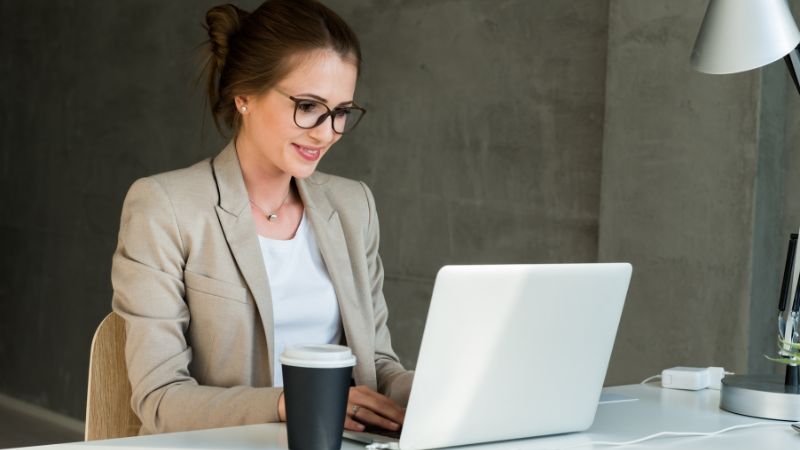 One shocking statistic regarding job satisfaction is that only 46% of Americans have a lot of trust in their employer, which is very low and can contribute to unhappiness.

15. 63% Are Satisfied If Their Superiors Show Them Respect

If a superior shows an employee respect, it makes the employee happier and more satisfied, with 63% saying this would give them higher job satisfaction.

16. 45% Of Millennials Are Completely Satisfied With Their Jobs

Millennials are a tough group to please, and only 45% of millennials are completely satisfied with their jobs, which is an incredibly low number.

17. 81% Of Those In The Legal Field Feel Their Job is Boring

The legal field has always been the butt of jokes, so I’m not surprised that 81% of those within that field are dissatisfied and think their job is boring.

Company culture can help employees feel better about their job, and 79% think that the company culture is an essential aspect of overall job satisfaction.

19. Income Is A Big Factor For Workers Dissatisfied With Their Jobs

Workers dissatisfied with their jobs cite income as one of the most significant factors, with most feeling underpaid for their work.

20. 50% Of Managers in America Say They Haven’t Had Management Training

A shocking job satisfaction fact is that more than 50% of all managers in America said they never received any managerial training, which isn’t a good sign at all.

21. Over 50% Of CEOs Believe Corporate Culture Is Vital To Engagement At Work

Corporate culture can increase growth, productivity, job satisfaction, creativity, and profitability, according to more than 50% of CEOs.

22. 23% Of Employees Rate Their Leaders Of Having A Poor Or Very Poor Performance

Since most managers haven’t received managerial training, it’s not shocking to learn that 23% of employees would rate their leaders as having a poor or very poor performance.

Did you know that 33% of workers think they’ve reached a dead-end in their jobs? That’s a very high number and contributes greatly to job dissatisfaction.

What Are The Top Five Contributors To Job Satisfaction?

There are many contributors to job satisfaction, such as trust between management and employees, respect, pay, other benefits, opportunities to use skills, and job security.

What Is The Most Exhausting Job?

There are quite a few exhausting jobs, including military personnel, police officers, firefighters, and airline pilots.

Is Anyone Happy In Their Job?

Some people are happy with their jobs, and a recent survey showed that 65% are happy, but only 20% feel passionate about their jobs.

Furthermore, most job dissatisfaction comes from those under the age of 35 who are looking for more flexible jobs with work-from-home options and want higher pay.

Therefore, I think that employers will have to offer remote work options to people and offer them better pay if they want their employees to be happy with their jobs.

What Are The Four Theories Of Job Satisfaction?

Hating work is normal because most people feel stuck in their jobs to some degree, whether it’s not getting a promotion they want, feeling like they aren’t valuable, or having bad coworkers.

However, while most people hate working, the thought of not working is something people hate more, so they will put up with the bad aspects just to continue working.

How Many Jobs Does The Average Person Have In a Lifetime?

It’s estimated that people will have about 12 jobs throughout their lifetime, which is a decent number considering most people start working around the age of 16 to 18.

Furthermore, 32% of people between 25 to 44 have thought about making a career change within the past year.

In addition, about 29% of people have changed their career fields completely since they’ve left college, showing that a degree doesn’t mean you have to stay in a particular field.

There are many interesting job satisfaction statistics, such as 65% of Americans are satisfied with their jobs, but only 20% are passionate about their jobs.

Additionally, 83% of millennials cite a work-life balance as the most important factor, whereas 72% of people feel that having more work benefits would increase their satisfaction.

However, 33% think they have reached a dead-end in their jobs, and 55% will be looking for a different job within the next year.