Have you heard of the term porch pirates before but want to know more about them, such as the average age of a porch pirate?

I have been looking up porch pirates statistics and have found several trends and facts I’d like to share with you below, so keep reading to learn all about them!

Are you interested in learning more about porch pirates and have other questions you want answered? If so, don’t stop reading because I have even more information to share with you!

One interesting statistic about porch pirates is that the term first entered Urban Dictionary in 2010, which is quite a long time ago, considering the phrase is just now regularly used.

2. 54% Of People Got Refunds For Package Theft

Only 54% of package theft victims received a refund, which is unfortunate considering how common porch pirates have become!

From 2020 to 2021, over 64% of Americans say that they were victims of porch pirates, which is shocking but not surprising due to the higher amount of online orders and deliveries.

One interesting porch pirate statistic is that in 2021, more than 210 million packages were stolen!

Furthermore, as more people continue to shop online, this number will only continue to go higher, although people hope it’s not a trend in the future.

Package thefts were most likely to occur in Denver, Colorado, although package thefts are rising throughout the United States, so no city or state is safe from porch pirates.

The average value of package theft is $160; although this number does vary depending on the location, it’s a shocking reminder of how many people purchase high-dollar items online.

Since porch pirates are becoming more common, it has led to over 50% of Americans purchasing surveillance cameras or video doorbells to prevent package thefts.

Additionally, having the porch pirate on camera is one of the few ways that you can find out who stole your package, so it’s a valuable way to help police find the suspect.

8. 57% Of Packages Stolen Were From Amazon

Amazon has seen a huge increase in business over the last few years, so it’s not surprising that about 57% of all package thefts were from Amazon deliveries.

9. 64% Have Had More Than Incident Of Package Theft

Package theft seems to hit people more than once, with 64% of people saying that they were victims of porch pirates more than once.

Also, certain cities and neighborhoods are more likely to see package thefts, so it’s not shocking that it can happen more than once to people.

10. 52% Worry About Package Theft During The Holidays 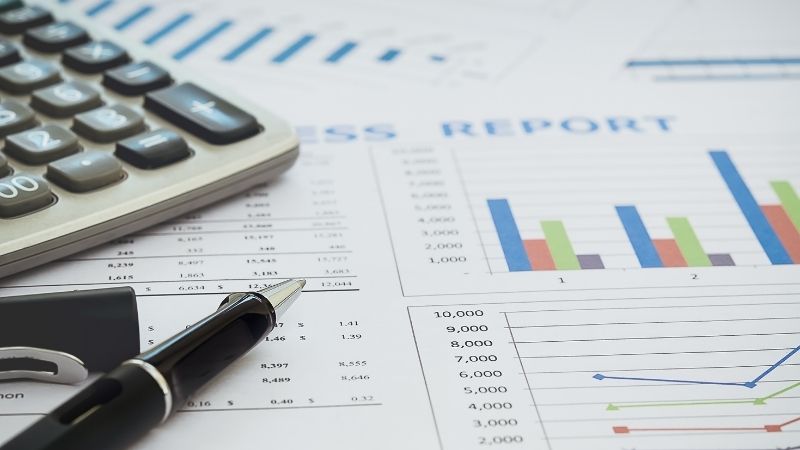 The holidays are the biggest and most popular time of the year for package deliveries, and 52% of Americans worry about package theft during the holiday season.

Porch pirates are becoming more common because more people shop online and have orders delivered, with over 80% of people saying that they shop online.

12. Packages Most Likely To Be Stolen On Monday

An interesting porch pirate trend is that package theft is most likely to occur on Monday.

However, it’s not known why this is the case, except that many people get paid on Friday, so they are more likely to purchase items between Friday and Saturday with a Monday delivery.

Also, since Monday is the beginning of the workweek, people are less likely to be home to receive their deliveries.

More Americans are choosing to have groceries delivered, so it’s not surprising that about 14% of porch pirates are taking groceries.

15. 49% Of Package Theft Victims Were Millennials

Millennials do a lot of online shopping and are some of the most tech-savvy out there, so it’s not surprising that 49% of package theft victims were from the millennial generation.

Not only are men more likely to report package thefts, but the value of the thefts is higher for men than women, with men averaging a package value of $190.47.

In contrast, the value of the package for women was $111.72, so there is a slight difference in what men and women are purchasing online.

Porch pirates know what targets and neighborhoods to hit since only 12% of people earning less than $60,000 have experienced package theft.

Additionally, those earning $100,000 a year were the most likely victims of package theft, which makes sense because porch pirates want high-dollar items, so they hit wealthier neighborhoods.

From 2019 to 2020, the total value of package theft exceeded $5.4 billion, and it’s safe to assume the value will continue to go up as more people become porch pirates.

Additionally, more people are getting deliveries and making purchases online, so it stands to reason that the value of package thefts will increase in the coming years.

19. 3% Of Americans Admit To Stealing A Package

One interesting fact is that 3% of Americans admit to being porch pirates, which is a sad fact about where the country stands.

20. Porch Pirates Are More Likely To Be Men

Therefore, men are over 522% more likely to be porch pirates when compared to women.

Did you know that Gen X is the most likely group to be porch pirates, with over 4.57% of Gen X admitting to being a porch pirate?

However, millennials aren’t too far behind, with 4.3% admitting to being porch pirates!

Stealing mail is a federal crime only if the mail was delivered via USPS, so packages delivered by Amazon or other stores and left in front of your house aren’t a federal offense.

Therefore, since the value of items is on average $160 and it’s not federal, most porch pirates go unpunished, and unless you have a camera, it’s unlikely you’ll find the perpetrator.

23. The Majority Of People Stay Home For Deliveries When Possible

While people are installing security cameras to help prevent or catch porch pirates, most people believe staying home for deliveries when they can is the best preventative measure.

What Percentage Of Porch Pirates Are Caught?

Since porch pirates evade detection unless a camera is running and the value of the thefts are misdemeanor level, it means only 11% of porch pirates are caught.

How Many Delivery Packages Are Stolen Each Year?

It’s estimated that about 210 million packages were stolen between 2020 and 2021, but this number varies and will likely climb higher in the next couple of years.

What Do I Do If My Package Is Stolen From My Porch?

You should do several things if your package was stolen from your porch, including the following:

However, even when you do everything you can after being a victim, you may not receive your money back on your item, and the person may not be caught.

There are quite a few porch pirate statistics you should know, such as over 210 million packages were stolen between 2020-2021, and 64% of Americans were victims during this time.

Also, men are more likely to be victims of porch pirates with a higher value of stolen goods, but men statistically tend to also be porch pirates themselves compared to women.