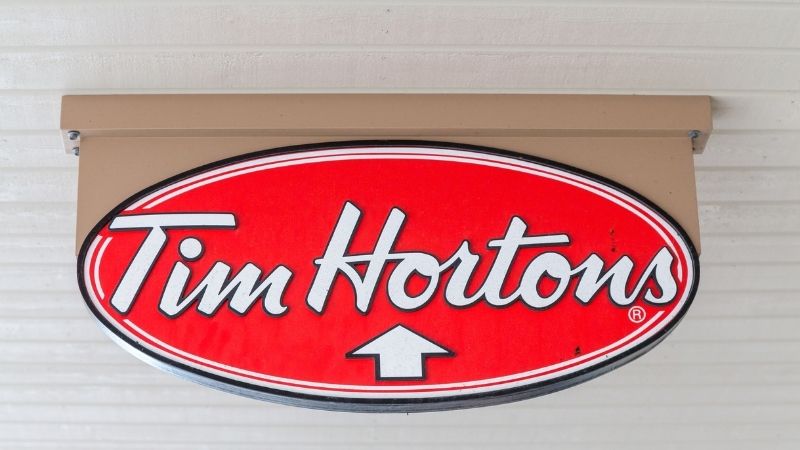 If you’re looking to get a meal at a Tim Hortons but are unfamiliar with the food on the menu, you might want to know: what is Tim Hortons famous for?

If so, keep reading to learn all you need to know about Tim Hortons and what some of the company’s most famous menu items are!

Tim Hortons is a sensation in Canada, particularly because it blends so well with the culture. But there are some items on the menu that the company is famous for. One thing that really sets Tim Hortons apart is its unique menu items like soup and bagels that you wouldn’t normally find at a fast-food restaurant in 2023.

Do you want to know more about Tim Hortons’ most famous offerings? If so, read on to learn what we’ve found out!

Donuts are one of, if not the most popular offerings at Tim Hortons. In fact, many people go to Tim Hortons just for the donuts alone.

One thing that sets Tim Hortons apart from other places that sell donuts is the Dream Donuts, which are limited-time offerings of specialty donuts.

These donuts come with wild theming that can sometimes look more like art than a breakfast pastry.

Next to donuts, Tim Hortons is most famous for its coffee. While the coffee at Tim Hortons is unlikely to win any awards, it is a good cup with plenty of extras available.

These options set Tim Hortons apart from other fast-food restaurants like Burger King and Wendy’s, which have plain cups of coffee and a limited selection of creamers and additions.

Timbits are a very popular menu item that may have more notoriety for their unique name than for what they actually are.

Tim Hortons Timbits are essentially just donut holes with a fancy name, but that doesn’t stop their patrons from loving these little pastries.

Also, Tim Hortons will unveil specialty Timbits at random times, and while they only last for a short period of time, are often quite popular (ex. the TimBiebs promotion).

Tim Hortons is well known for its soup because it’s one of the only fast-food restaurants that actually offer this dish.

Although soup isn’t available at all Tim Hortons locations, most restaurants have three kinds, which include potato bacon, chicken noodle, and cream of broccoli.

Best of all, you can get these soups in a can at your local grocery store!

Oatmeal is a great breakfast option that has become a shining star of Tim Hortons’ breakfast lineup.

Although oatmeal isn’t part of the all-day breakfast menu at Tim Hortons, it is one of the only vegan options available, as it uses oat milk in the recipe.

Although some other restaurants such as McDonald’s have breakfast wraps, Tim Hortons’ wraps are a favorite among regular visitors.

Breakfast wraps at Tim Hortons help round out the breakfast offerings by giving an alternative to donuts.

Although breakfast wraps are arguably the better choice, as they are available all day, Tim Hortons also has a popular line of wraps available for lunch.

Although there are other restaurants such as Subway that are known for their sandwiches, Tim Hortons’ sandwiches also remain a popular choice.

Overall, sandwiches are a great and healthier alternative for guests looking to skip the traditional greasy fast-food items, a need that Tim Hortons saw and readily filled for its customers.

One of Tim Hortons’ most famous offerings is the Iced-Capp, which is an iced cappuccino made in the style of a frappuccino.

Other coffee sellers like Starbucks also have iced cappuccinos, which may even be better. Despite this, Tim Hortons has a loyal following of patrons who love the Iced-Capps.

Tim Hortons’ bagels may not be the most exciting menu option, but one that keeps customers coming back!

These boiled then-baked breakfast items come in a variety of flavors that guests are sure to enjoy.

As well, customers are able to add a variety of toppings to their bagels, such as cream cheese, tomato, bacon, and other customizations.

Poutine was a popular dish at Tim Hortons, particularly because of the restaurant’s Canadian heritage.

Although the dish has been officially discontinued, it still makes a comeback once in a while.

As an alternative, if you wish to get a feel for the texture of Tim Hortons’ poutine, consider trying the potato wedges, as they are what Tim Hortons used in poutine.

To know more, you can also read our posts on Tim Hortons English Toffee, Tim Hortons Dream Donuts, and does Tim Hortons have poutine.

Tim Hortons is certainly famous for a lot of reasons. Offerings like donuts are always popular, but other items like soup, bagels, Iced-Capps, and sandwiches keep customers coming back again and again.

However, even though Tim Hortons has a lot that it’s famous for, the company has lost quite a bit, too. Popular dishes like poutine have been removed in what some consider a sterilizing of the brand, leading to less of a focus on its Canadian heritage.