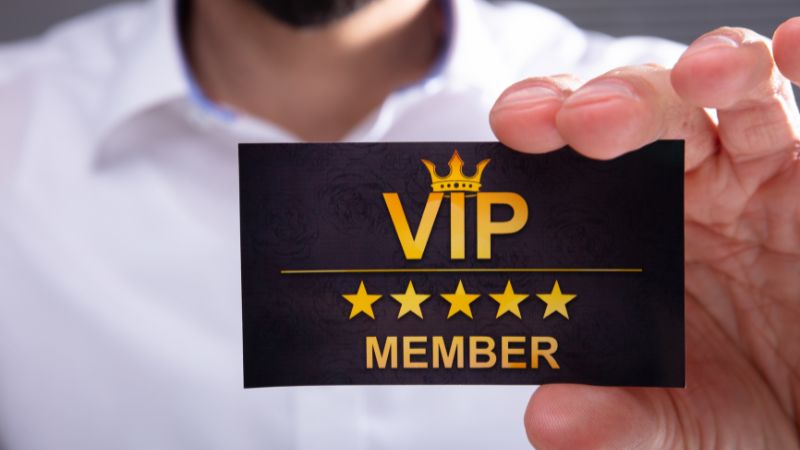 Many companies will offer their customers certain perks for using their products that are intended to build brand loyalty.

Uber has many such programs in place, one of which is Uber VIP, and we looked into it for this article, so keep reading to learn more!

Uber VIP is a program that’s open to users that have specific cards from American Express, granting them access to additional benefits in 2022. When it launched, Uber VIP was available to anyone after they took 100 rides, but it’s only open to Amex Centurion and Consumer Platinum card members. Uber VIP is currently only available in a few cities.

Read on to learn all you need to know about Uber VIP, including what benefits you get with it, where it’s available, and more!

How Do You Qualify for Uber VIP?

You qualify for Uber VIP by having either an American Express Centurion or Consumer Platinum card.

When Uber VIP first launched, anyone could qualify for it by successfully completing 100 rides because the program was intended to provide the services that the company started off with.

In November 2018, however, Uber changed the requirements and restricted it to certain Amex cardholders in a corporate partnership to promote both services.

Anyone that had access to VIP but didn’t have either of the qualifying Amex cards lost access to it when this happened.

How Do You Get Uber VIP?

You automatically get access to Uber VIP by adding a valid American Express Centurion or Consumer Platinum card to the payment methods on your profile.

What Do You Get With Uber VIP?

As an Uber VIP member, the key benefit is that you’ll only get matched to drivers that have high ratings.

Uber says that you should also get matched only to luxury vehicles, but this often isn’t the case, with VIP riders and drivers saying you could still get regular cars.

According to some Uber VIP members, people who qualify will also get the following benefits:

Where Is Uber VIP Available?

Unlike other similar programs for the company, Uber VIP isn’t as widely available, which is why it doesn’t receive much promotion.

According to Uber’s website, Uber VIP is currently only available in the following cities:

How Can I Tell If I Have Uber VIP?

You can tell if you have Uber VIP when you go to request a ride and see new ride types tagged with “VIP” in your list of options.

As we’ve stated above, you only need to add your qualifying Amex cards to your payment methods, and you’ll automatically become a VIP; you don’t need to do anything else.

If you add the card and still don’t see the new ride types, it might be because you’re in an area where Uber VIP has not yet launched.

What Is the Difference Between Uber VIP and UberX?

Uber VIP is a program that’s only open to people with eligible Amex cards, while UberX is the standard ride type that’s available to anyone on the platform.

If you have Uber VIP, you can also have Uber Rewards and continue earning loyalty points as usual, because the two are separate programs.

How Hard Is It to Get Uber VIP?

How hard it is to get Uber VIP depends on several different factors, including who you bank with, your financial standing, and where you’re based.

If you’re in an area where the service hasn’t launched, then it’s impossible to get it, so you’ll have to wait and hope for it to expand into your region.

If you’re not already an American Express customer, you can’t get Uber VIP, because it’s restricted to people with certain cards from the bank.

If you’re an Amex customer, you’ll still need to qualify for one of the eligible cards, both of which have high requirements.

For example, the Amex Centurion card, also called the Black Card, is so exclusive that it’s available via invitation only.

It also requires the holder to pay $10,000 when they get it and a $5,000 annual fee, making it only practical for people who are very wealthy and spend a lot of money.

As for the Consumer Platinum card, it’s available to anyone, but it carries a $695 annual fee, which works out to just under $60 a month.

For most people, these factors mean that Uber VIP is harder to get now than it was when it launched.

Moreover, the key benefit of Uber VIP, i.e. getting matched to highly-rated drivers, is also available through other avenues like the higher tiers of the Uber Rewards program.

Overall, this arguably makes Uber VIP less worth it.

How Do I Become an Uber VIP Driver?

To become an Uber VIP driver, you’ll only need to reach and maintain a rating of at least 4.8 stars, so you get matched with VIP riders.

As we’ve already stated, Uber VIP doesn’t always connect riders to luxury vehicles, so you can still use the same car you have.

What Is the Highest Level of Uber?

There are different answers when discussing what the highest levels of Uber are, mainly the following:

To learn more, you can also read our posts on Uber X, Uber Cash, and why is Uber so expensive.

Uber VIP is a program open to users with either an American Express Centurion or Consumer Platinum card. To unlock Uber VIP, you only need to add one of these cards to your payment methods.

Originally, Uber VIP was unlocked after a rider completed 100 trips, but this changed in 2018. Uber VIP gives access to higher-rated drivers, priority matching to rides with shorter wait times and less surge pricing, as well as improved customer support.