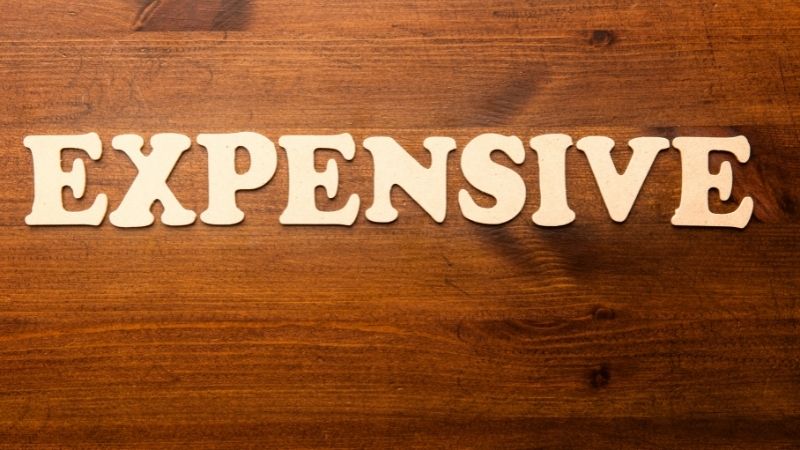 Uber Eats provides a lot of positives for its customers, key among them convenience. One thing many people don’t expect from Uber Eats, though, is low prices, especially not when compared to what’s charged when you go to the actual restaurants.

If you’re wondering why this is the case, I researched the biggest reasons why Uber Eat is so expensive, and here are the ten strongest ones!

Why Is Uber Eats So Expensive In [currentyear]?

Many of the reasons why Uber Eats is expensive have to do with the company’s need to make more money, including that which goes to the restaurants and drivers as of [currentyear]. Several other external factors affect how expensive Uber Eats gets, especially ones that have to do with national and state economies.

Read on to find out the top explanations for why Uber Eats has become so expensive, including internal and external factors below!

Everywhere across the world, the average prices for everything from energy to consumer goods have gone up due to inflation.

Still, although Uber Eats does not outright sell any products, inflation acts as an external but direct factor that affects the company’s operations.

For example, in March 2022, Uber Eats recently introduced a surcharge meant to address the rising prices of gas across the country.

2. Because You Pay Extra For Convenience

People who use Uber Eats get to skip the hassle of leaving their homes or offices and endure wait times at restaurants.

Instead, they can get their favorite restaurants to send a driver with food straight to their location.

Therefore, Uber Eats and other food delivery companies consider their ability to provide this service worth charging extra.

That said, this is why Uber Eats’ service fees are on top of the money that it pays the drivers and restaurants.

3. Because Of Your Timing

Uber Eats uses dynamic pricing, which means that what you end up paying is largely dependent on when you use the service.

For example, due to surge pricing, Uber Eats raises prices during times when activity is expected to ramp up.

With that, one of the most popular times when Uber Eats’ prices surge is during the lunch rush. Also, prices surge during events like the Superbowl when takeout orders increase.

Further, surge pricing usually does not affect the food prices, so it’s easy to miss unless you look for changes in other charges.

4. Because Restaurants Raise The Prices

Uber Eats takes a cut of the money restaurant makes, so they need to raise their prices on the platform to maintain favorable margins.

That said, this is why the prices on Uber Eats are often higher than they are when you visit the same restaurant’s physical location.

5. Because Of The Cost Of Living In Your Area

If you live in a place where the cost of living is already high, then the prices you see on Uber Eats will reflect that.

6. Because Uber Eats Is Chasing Growth

Uber Eats is a part of Uber, a publicly-traded company, meaning the company needs to show its investors and shareholders growth, and raising prices helps the revenue increase.

Uber Eats gives 100% of the tips to drivers, so the company cannot rely on these as a source of revenue and has to get the money from elsewhere.

Uber Eats gives restaurants the option to use their own delivery networks and customers the option to pick up their orders, both of which mean the company takes a smaller cut.

That said, this makes delivery fees a less reliable source of revenue, so the company has to get the money from another source where it has more control like the service fees.

Uber Eats has to pay local and federal taxes wherever it has operations, and the costs of these are reflected in the overall charges.

Therefore, in places with high taxation rates, the fees and prices are also high and vice versa.

Moreover, these companies either take a cut of each transaction or need to be paid regularly, and Uber Eats accounts for this in the pricing model.

One of the biggest reasons why Uber Eats is expensive is because the company relies on the revenue from fees to maintain growth and drive operations.

Also, sometimes Uber Eats briefly raises fees as part of surge pricing when activity is expected to ramp up like during lunch hours.

Additionally, Uber Eats has become more expensive due to external factors such as inflation and the rising cost of living.

That said, one example of this in action is when Uber Eats introduced a surcharge to address rising gas prices right as the country experienced a new inflation high.