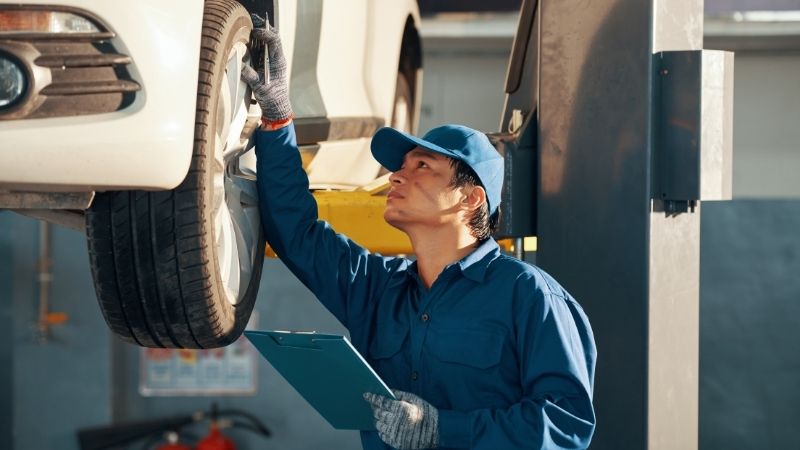 In the automotive retail space, there are top companies that compete for supremacy. AutoZone and O’Reilly are among the largest retailers and distributors of auto parts and accessories.

While these retail stores have cultivated different brand identities, they have some similarities because they offer the same products and services. So, how do AutoZone and O’Reilly compare? If you’d like to find out, keep reading!

AutoZone and O’Reilly are not that different from each other. However, as a customer, you might find one of the stores more favorable than the other depending on the products and services you need. Both companies have quality OEM and third-party car parts and accessories to address different customer needs in 2022.

To learn more about the differences and similarities between AutoZone vs. O’Reilly, keep on reading for useful facts!

AutoZone is the largest automotive parts retailer in the United States. It operates more than 6,000 stores in the U.S., Mexico, and Brazil.

These stores are also increasing, therefore making O’Reilly a strong competitor against AutoZone.

AutoZone vs. O’Reilly: Products and Services

Since AutoZone and O’Reilly are in the same business environment, they sell similar products and offer the same services.

However, in some cases, the brands, variety, and selection of products vary greatly.

For instance, AutoZone has its own brand of batteries known as Duralast, while O’Reilly sells the Super Smart brand.

In addition, they offer discounts, special deals and offers to the customers, allowing them to get products at a cheaper price.

You can buy your products in-store or order them online from their websites. Both retailers make it easy for customers to access their products.

Does the Same Company Own AutoZone and O’Reilly?

While the two retailers are in the same business, they are not under the same management.

AutoZone was established by J.R. “Pitt” Hyde in 1979, the first chairman and CEO as a division of wholesale grocer Auto Shack.

In 1991, AutoZone became a publicly-traded company after listing on the New York Stock Exchange as “AZO.”

A few years later, the company made it to the Fortune 500 list for the first time in 1999.

Since 2005, William C. Rhodes III has been the chairman, president, and CEO of AutoZone and is the fourth person to hold this position since AutoZone was started.

AutoZone has acquired other businesses, including ALLDATA, the leading provider of the original equipment manufacturer (OEM) and online retailer AutoAnything.

On the other hand, O’Reilly was established in 1957 by Charlie O’Reilly with the first store in Springfield, Missouri.

O’Reilly has also been going through a similar expansion as AutoZone over the years. Although it has fewer stores than AutoZone, O’Reilly has a huge presence in most states.

As part of its expansion plan, O’Reilly has acquired several stores, including CSK Auto in 2008, VIP Parts, Tires and Service in 2012, and Bond Auto Parts in 2016.

In Mexico, the retailer acquired Mayasa Auto Parts in 2019, which increased its international presence.

In 1993, O’Reilly went public and now trades on the NASDAQ market using the symbol ORLY.

Which Is Cheaper: AutoZone or O’Reilly?

AutoZone and O’Reilly have competitive prices, especially because they deal in the same products and services.

Because of this, there’s not much price difference. You might find that some parts are cheaper at AutoZone while others are priced lower at O’Reilly.

If you are shopping for general maintenance items such as batteries, windshield wipers, or oil, the price difference in the two stores should be a few dollars.

However, if you are buying major replacement parts, it’s advisable to shop around and compare the prices.

If you need to return a faulty item or the wrong order to either of these stores, O’Reilly has the most generous window.

This retailer does not have a limit period for customers to return products to the store to get a refund.

O’Reilly’s return policy is more flexible, and therefore ideal if you need to return an item months after you bought it. However, it should be unused, and you should have a receipt.

On the other hand, AutoZone has a 90-day return policy that customers need to stick to if they need a replacement or a refund from the store.

Both retailers require that you return the auto parts and accessories with their original packaging and the receipt.

In addition, you can also return the products in-store or ship them back if you ordered online.

AutoZone and O’Reilly offer price matching services. As long as the product is identical, you can ask for a price match in either of these stores.

However, based on their price matching policies, both stores will not offer a lower price if you’re comparison is online retailers like Amazon.

Rather, this service is only available if you compare it with competitors such as Advance Auto.

Since customers can order products online from both stores, there’s a shipping service for most products.

Both stores have same-day and next-day shipping policies on specific products. Therefore, you can check the website to confirm before processing your order.

If you enroll in the reward programs, you can access exclusive offers, discounts, and earn points that you can redeem for a reward.

For AutoZone, the reward program enables customers to earn a $20 reward for every five purchases. These bonus rewards expire after 90 days.

On the other hand, the O’Reilly rewards program allows customers to earn a point for every dollar spent.

Customer satisfaction at AutoZone stores is at 3.9 out of 5 stars based on reviews from Trustpilot.

Reviews on Consumer Affairs ranked AutoZone higher because its employees are more helpful.

O’Reilly has a lower score than AutoZone because its service is less efficient compared to AutoZone.

Based on reviews on Indeed, AutoZone has a 3.5 rating while O’Reilly has a 3.4 rating out of 5 stars.

AutoZone offers a better chance for professional development compared to its competitor.

The compensation and leadership culture are also much better, which means that the company is a better place to work at.

However, if you are looking for a job at either of these stores, you need to carefully consider each position.

To know more about AutoZone, you can also read our posts on AutoZone competitors, AutoZone vs NAPA, and AutoZone vs Advance Auto Parts.

AutoZone and O’Reilly are not that different from each other. However, as a customer, you might find one of the stores more favorable than the other depending on the products and services you need.

Both companies have quality OEM and third-party car parts and accessories to address different customer needs. They have tons of similarities in the products and services but also have different policies for their customers.