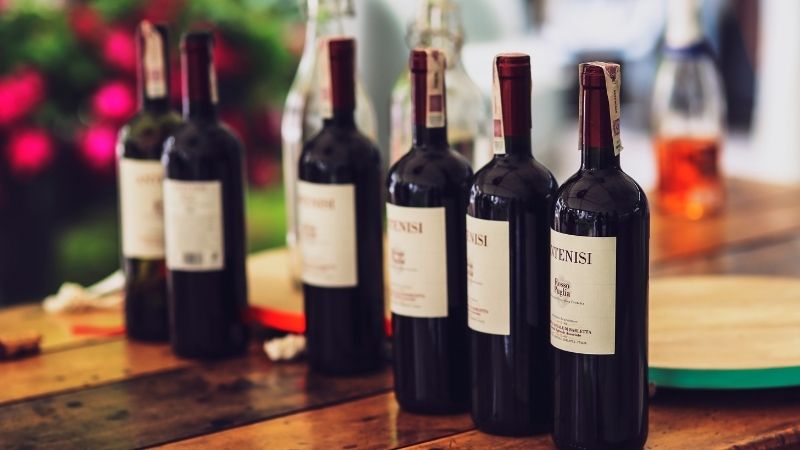 When you need a bottle of wine, whether you’re entertaining or just getting ready for a night of Netflix, making a trip to the liquor store can be an added bother.

Luckily, in many states, Walmart carries a wide selection of wines, so if you’re also shopping for ingredients or snacks, you only have to visit one store. But wine – from Walmart? Do they even carry anything worth buying? As it happens, here are 11 wines to keep an eye out for!

Best Wines From Walmart In 2023

Between Florence and Sienna rests the Castle of Verrazzano, from whence the 16th-century explorer and adventurer Giovanni Da Verrazzano hails.

According to Liquor and Wine Outlets, this Italian actually discovered New York bay and what we know of as the East Coast today.

The region in which he came of age was cited in a 12th-century manuscript for its vineyards, so it’s no surprise the area has produced wines of great repute.

This Chianti is part of Walmart’s own Winemaker’s Selection line (note the distinct W logo on both the neck and base of the bottles).

It looks to be a take on the similarly named Castello Di Verrazzano Chianti Classico, which retails at about $20.

For eight dollars less, you can enjoy grapes from the same region – the exact same region, as it turns out.

This wine expert for People Magazine points out that the “Classico” designation, which both wines share, means the grapes come from an even more specific zone in the region.

Save yourself almost $10 and enjoy a beautiful bottle of red that pairs deliciously with beefy meals, like steak or stew.

Spoon University recommends not pairing this sweet wine with sweet food – which might have seemed the obvious choice – because it could easily overwhelm your tastebuds.

Instead, wine enthusiasts suggest this lovely French rosé pairs better with chicken and vegetables or even cheeses.

One reviewer mentioned that it would be “perfect on a hot summer day.”

Another rosé, this one is produced in the Languedoc region, the hereditary territory of the Counts of Toulouse in the Middle Ages (today, known as Occitanie, in southern France).

And, yes, it’s yet another wine on this list from Walmart’s own Winemaker’s Selection line.

What I love about this rose is that Bloomberg also suggests sipping it poolside, which means it’s perfectly tasty without any food pairings, and also terrific on a hot day.

Alamos recommends this wine as the “World’s Most Awarded Malbec,” and with over 100 years in the winemaking industry, they’ve certainly had time to let the trophies pile up.

In fact, in 2018, the Alamos Malbec was awarded 91 points by James Suckling, the renowned wine critic who rates vinos on a 100-point scale.

The grapes hail from the Mendoza region of Argentina, “tucked beneath the Andes Mountains,” where the unique altitude gives the wine its signature smooth flavors.

Both Epicurious and the Alamos website highly recommend pairing this “perfect big red” with red meats hot off the grill.

I’d also like to add that Walmart sells this wine for at least a dollar less than most other stores, including my own liquor store, where it is priced at $9.99 – on sale for two dollars off.

When People, Delish, and Bloomberg recommend something, it’s worth taking note, because all three say that the Montagne Noire Francais Cabernet Franc is something special.

What’s even more noteworthy? It is yet another wine from Walmart’s own line!

People singled it out as the best one that Walmart makes, giving it the first place and high accolades.

One wine critic said, “Of the French Walmart wines that we tasted, this is my favorite just because it’s the more expressive of the place where it comes from.”

He remarked that this Cabernet is “very, very pretty.”

The writer over at Bloomberg agrees; “This juicy red from the south of France was my best-tasting Walmart wine and the best value for money, too.”

Finally, Delish merely suggests pairing the Cabernet with pork dishes and gives it a thumbs up for the “fruity and spicy” flavors.

However, they also point out that it holds 90 points on a 100-point scale, making it “outstanding.”

In 2021, Walmart announced it would be producing a line-within-a-line of wines: the Selection Reserve wine labels, including this Cabernet Sauvignon.

The Beverage Tasting Institute gives this bottle a Bronze Medal and calls it a “Best Buy” (it’s $5 price tag really can’t be beat).

The site also waxes poetic on its aroma (“dried cherries, pencil shavings, dark chocolate with almonds”) and flavor (“same as aromas with elements of Tootsie Roll”).

If you love a good pun, this Zinfandel may be for you! As it turns out, the author at Epicurious has been drinking it for years and continues to find it quite decent.

Total Wine calls it “a sinful blend indeed,” and notes its “sweet bouquet of raspberry jam, molasses, and cinnamon toast.”

7 Deadly Zins is also cultivated in a territory that consists of 20,000 acres of certified green wine growing.

An excellent champagne substitute (remember, real champagne has to come from the Champagne region of France), this bottle is a bit of a splurge – for Walmart – nonetheless.

But the expert at Epicurious calls it a “reasonably priced bottle for summer occasions that call for bubbles.”

Note the “brut” designation, which does mean it’s drier, versus sweet.

On the whole, it’s a lovely and luxe addition to your Walmart cart to instantly upgrade whatever you’re celebrating.

Another Walmart Winemakers Selection, and from the Grenache grapes in the Occitanie region of France, this “rich and intense” red complements lamb especially.

At $10 or $11 per bottle (depending on your store), it’s not the cheapest red you can pick up at Walmart, but it’s still affordable enough to pick up a few for a dinner party.

Bloomberg reports it’s a “soft-textured, mellow red,” with “zingy fruit and a balance of smoky-earthy-fruity flavors.”

(Both Bloomberg and People Magazine also recommend the Syrah from the same line and region, if you prefer a hint of spice.)

The most expensive bottle on this list, the Cloudy Bay Sauvignon Blanc hails from New Zealand, specifically the Marlborough wine region in the Wairau Valley.

Cloudy Bay is known for its Sauvignon Blanc wines and has in fact helped to put New Zealand on the map for its winemaking.

Spoon University calls this Riesling “one of the best ones” to come from Chile, with a balanced sweetness that strongly features the aroma of apples.

Wide Open Eats adds that there is also an aroma of spicy lime, with a freshness that speaks of a tangerine base.

Vivino recommends pairing it with pork, shellfish, spicy food (how about a paella?), poultry, and even a charcuterie board.

To know more, you can also read our posts on whether or not Walmart delivers alcohol, Walmart’s alcohol policy, and the things to know before buying liquor from Walmart.

Walmart carries over 200,000 different items, and at least a thousand of them must be terrific wines.

Okay, that’s a bit of an exaggeration, but what isn’t is that Walmart’s own line, plus the many other high-quality brands it carries, make it easier than ever to find something that pairs with dinner tonight.