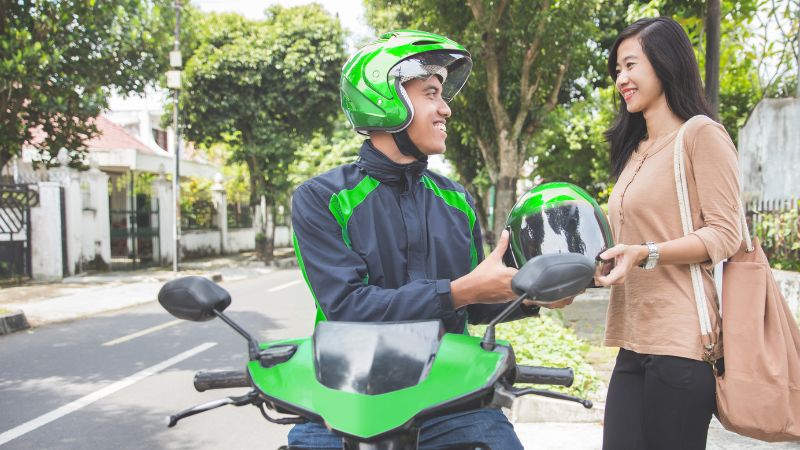 Uber Eats’ customers use the service for the convenience it provides, allowing them to order food from their favorite restaurants and have it delivered wherever they want.

To show their appreciation, the platform allows them to provide tips to the delivery couriers. If you’re curious about whether your Uber Eats driver can see your tip, keep reading!

Uber Eats drivers can see your tip but only after they complete delivery. Before they accept an offer, Uber Eats drivers only see the total expected payout. They can then use this information to determine if you left a tip and decide whether to accept the offer. Your tip affects the payout amount and how fast the offer gets accepted.

Read on to find out everything you need to know about tips on Uber Eats, including what drivers actually see, how you should handle tips on the platform and more!

What Do Uber Eats Drivers See About You?

Uber Eats drivers only see your first name and address where they’re supposed to deliver your food.

When they contact you from within the app, it generates numbers using a two-way masking system that hides both your real contact information.

Uber Eats drivers can’t see what tip you leave them until after they’ve completed the order but the initial offer contains enough information for them to reasonably tell if you left a tip or not.

They receive offers that tell them information like the distance they’re going to travel for the delivery and how much they should make.

This amount is the total payout but it also includes the tip so a seasoned driver should know enough about the job to have a solid idea of what’s the base pay and what’s the tip.

Are You Supposed To Tip An Uber Eats Driver?

You don’t have to tip your Uber Eats driver but we recommend that you do because, on top of it being a good way to appreciate them, it means that your order gets picked up faster and delivered intact.

A good tip is a strong motivator for many Uber Eats drivers and it increases your chances of having a positive experience with the service.

What Happens If You Don’t Tip An Uber Eats Driver?

If you don’t tip your Uber Eats driver, you might have to wait longer for your order to be picked up because many of them reject orders with low payouts.

When your order eventually gets picked up, there’s a higher chance that the driver will mess with your food.

Can You Tip An Uber Eats Driver In Cash?

You can tip an Uber Eats driver in cash but many of them also avoid these kinds of orders because many customers who say this aren’t reliable.

According to a study from 2019, only 27% of people who use food delivery apps tip in cash.

How Much Should You Tip An Uber Eats Driver?

We can’t say how much you should tip your Uber Eats driver because the answer varies depending on the specifics around your order.

However, a 2019 survey found that both drivers and customers agreed on $4 as a reasonable tip for Uber Eats.

Considering the amount of time that has passed, we’d say it’s safe to assume that the value would have gone up.

On large orders where the driver would be doing more work than usual we recommend tipping more.

For example, if the order contains several drinks that make delivery more demanding for the driver, you could increase how much you tip them, especially if they get it to you on time and in good condition.

Uber Eats gives you the option to tip an amount calculated by the value of your order for these kinds of scenarios or enter a custom amount.

100% of your tip goes to the Uber driver which is why they place so much value on them.

Because the company doesn’t take a cut of tips, they’re a more reliable source of income where they’re available.

Can You Change Your Uber Eats Tip After?

You can change your tip on Uber Eats up to 1 hour after delivery if you tip before ordering and 30 days if you tip after.

After you pay out the tip, you can add to the amount you gave and have it deposited in the driver’s account immediately.

Can You Take Back A Tip On Uber Eats?

Unfortunately, you can’t take back a tip on Uber Eats if you’d already paid it out because it goes to the driver immediately.

If you want to take back a tip, you can only do it if you opt to tip after the order and do it before you confirm payment.

Uber Eats drivers can’t see your tip until after they complete your delivery. After it’s done, they can see exactly how much you left along with other details about the trip.

However, Uber Eats gives drivers offers with the expected payout amount, and they can use this information to figure out if you’ve left a tip.