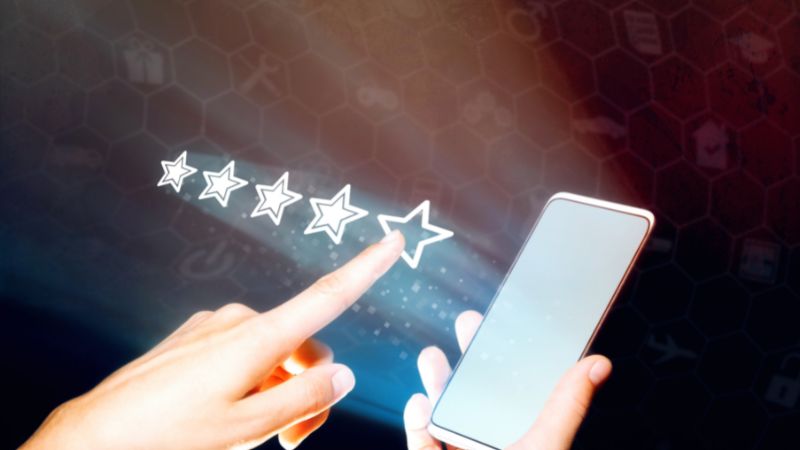 One of the features that keep Uber riders informed is the ability to rate drivers to help other users determine their history on the platform.

So, if you’re wondering whether this works both ways and if Uber drivers also have the ability to rate passengers, here’s what you should know!

Do Uber Drivers Rate Passengers in 2022?

Uber drivers rate passengers because the feedback system is two-way. Like riders, drivers can rate them from 1 to 5 stars in 2022. Drivers can see your average rating and they could base their decision to accept or decline your trip requests on this information. If your rider rating falls far enough, your account could get deactivated.

Read on to learn everything you need to know about Uber ratings for passengers, including how the system works from the drivers’ end, how the average is calculated, and more!

Uber drivers can’t see your tip before rating you because they don’t know what you tipped until after they lose the ability to rate you.

Uber doesn’t show drivers exactly what you tipped until they get the trip receipt a while after the ride ends, but they can only rate you for a brief window right after the trip concludes.

Unfortunately, Uber drivers can’t change passenger ratings because the one they leave is locked in after they first issue it.

Previously, Uber allowed drivers to request the rating they gave a rider to be changed, but this was changed.

Riders can change the rating they leave, but this doesn’t work the other way round, presumably to keep the rider’s tip from affecting their rating.

Uber rider rating matters because if they fall below a certain threshold, their account might get deactivated.

Like driver ratings, the rating that is considered low enough for deactivation varies by city.

However, they’ll receive prior warnings to improve it along with pointers on how to do so.

Before deactivation, though, low ratings are likely to affect a rider’s ability to get rides.

Because drivers can see a rider’s rating before starting the trip, they can refuse requests, and this could mean that the rider struggles to use the service.

In fact, if drivers are in an area where they can afford to turn down requests, like in major cities, this becomes a serious issue for low-rated riders.

Can You See What Your Uber Driver Rated You?

You can see what your previous Uber drivers have rated you using this process:

This shows an overview of your rating history, but it doesn’t say which driver left which ratings because it’s anonymous.

How Are Uber Passenger Ratings Calculated?

Uber passenger ratings are calculated as an average of their last 500 trips.

If you don’t have 500 trips yet then your average rating is calculated from all your trips, which is why it varies so much when you first start.

How Do I Improve My Uber Rating?

You can improve your Uber rating by first pinpointing the reason why it’s so low using the reasons in the section above, then trying the following:

To learn more, you can also read our posts on how does Uber package delivery work, why is my Uber rating low, and why do Uber drivers cancel.

Uber drivers rate passengers on a scale of 1 to 5, but they only have a short window to do it and can’t see the tip until after. This means that it’s almost impossible for your rider rating to be affected by your tipping habits.

Your Uber rider rating might be low for reasons like keeping drivers waiting at pickup stations, being rude or generally unpleasant to them, and leaving messes in their cars. If your Uber rating gets low enough, your account might get deactivated, but you’ll receive prior notice.