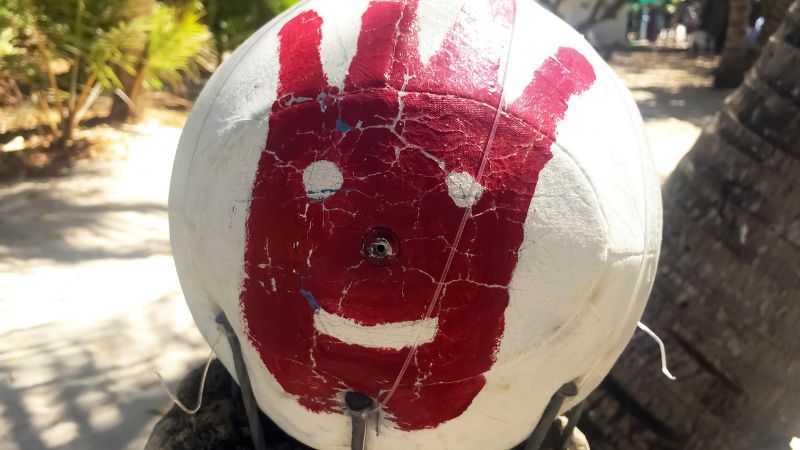 Cast Away is a drama film from 2000 starring Tom Hanks as a FedEx executive who gets stranded on a deserted island for 4 years following a plane crash.

Besides Hanks’ role as a FedEx employee, the company and its products play a huge role in the film. This article will take a closer look at how FedEx became involved with the film and share lots of other fun facts, so keep reading!

Why Was FedEx Featured in “Cast Away?”

Cast Away screenwriter William Broyles Jr. used FedEx in the film as a symbol of the breakneck speed of modern life and the possibility of connection. FedEx marketers oversaw the film and CEO Fred Smith makes an appearance in the film. Despite the massive visibility the film provided, FedEx didn’t pay to be involved.

There are many more interesting facts about FedEx’s involvement in Cast Away, so I hope you keep reading!

How Was FedEx Involved in the Cast Away Film?

FedEx played a massive role in the film Cast Away.

Gail Christensen, the managing director of global brand management at FedEx during this time, said that the company’s involvement in the movie went far beyond product placement.

For starters, the movie opens with Chuck Noland (played by Tom Hanks), a FedEx troubleshooting manager, in a race to maximize the speed of a FedEx warehouse in Russia.

What’s more, the FedEx logo is featured prominently throughout the film in the form of packages, warehouses, and company vehicles.

Besides the tangible examples of FedEx’s involvement in the film, a team of FedEx marketers oversaw production throughout the more than 2 years of filming.

In addition, FedEx CEO Fred Smith made an appearance as himself during the scene where Tom Hanks’ character is welcomed back following his rescue.

Why Was FedEx in Cast Away?

Featuring one of the world’s largest logistics companies in a survival movie may seem like an odd choice, but to the Cast Away screenwriter, FedEx’s role in the film made perfect sense.

William Broyles Jr. chose to feature FedEx in the film because the company is emblematic of how people in the modern world live.

More specifically, he noted that FedEx symbolizes the breakneck speed of modern life.

As well, it provides a message of hope and the chance to regain a sense of connection through the connections the company facilitates on a daily basis.

Why Did the FedEx Plane Crash in Cast Away?

It’s slightly unclear why the plane carrying Chuck (Hanks) and other crew members goes down.

On one hand, the plane appears to be having problems flying through a storm before going down. The pilots seem to lose their communication abilities and appears to be flying blind.

On the other hand, Chuck is later told that FedEx determined unmarked hazardous material in one of the packages to be the cause of the crash.

More specifically, the undeclared material (i.e. a corrosive or combustible substance) was thought to have caused an explosive decompression.

This second theory is supported by the fact that one of the pilots shouts “Explosion!” as the hull ruptures.

Did FedEx Pay to Be in Cast Away?

It may be difficult to believe, but FedEx didn’t pay the makers of Cast Away any money to be featured in the box office smash.

Rather, the filmmakers approached FedEx about being in the film.

Perhaps what’s even more surprising is that FedEx didn’t immediately jump on the opportunity for free publicity.

That’s because the movie includes a terrible crash of a FedEx plane, one that kills the 4-member crew and strands Tom Hanks’ character on a deserted island.

Understandably, the company didn’t want to draw attention to the fact that something similar could happen in real life.

What ultimately won FedEx over was the script’s attention to the company’s humble origins, its global reach, and its can-do spirit.

While FedEx didn’t pay to be in Cast Away, the company did support filming in a number of other ways.

What Was in the FedEx Parcel in Cast Away?

He hurriedly opens the packages in the hopes of finding something that will help him survive or get off the island.

Upon opening the packages, he finds VHS tapes, a pair of women’s figure skates, a dress, and a volleyball that becomes his companion on the island.

Chuck opens all the packages, except for one that has an angel wing sticker on it.

Throughout the film, this unopened package gives Chuck a reason to continue living, instead of committing suicide as he had been planning.

This mysterious package remained unopened during the film and left many viewers wondering what it contained.

Fortunately, an early draft of the script reveals what was in the package.

It contained two jars of homemade salsa and a letter reading:

“You said our life was a prison. Dull. Boring. Empty. I can’t begin to tell you how much that hurt. I don’t want to lose you. I’m enclosing some salsa, the verde you like… come home—to me. We’ll find the spice in our lives again. Together. I love you. Always. Bettina.”

Chuck ends up meeting Bettina at the end of the film and returns the package to her. While it’s not clear what happens after that, it’s likely that the pair ends up together.

Did FedEx Benefit From Being in Cast Away?

Aside from some pretty obvious product placement, Cast Away apparently encouraged a lot of moviegoers to apply for positions at FedEx.

According to one report, the company saw job applications shoot up 30% after the film’s release.

What’s more, the company saw an increase in brand awareness in Asia and Europe after the film came out.

To learn more, you can also read our posts on FedEx BOL, FedEx orientation, and FedEx dress code.

Although FedEx was initially hesitant to get involved with Cast Away, the company’s decision to participate in the movie was a good one.

Not only did FedEx benefit from massive product placement, but it also saw an increase in the number of job applications and spread its brand awareness around the world.