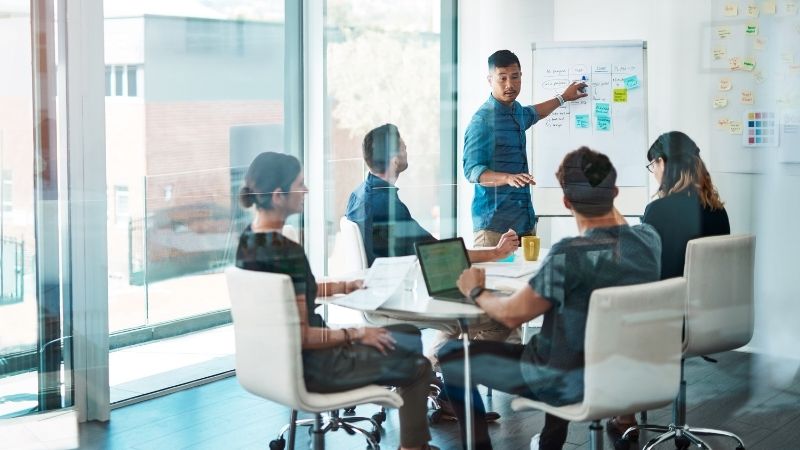 If you’re reading this article, there’s a good chance that you were recently hired to work at FedEx. You’ve probably got a lot of questions about your new role, and our hope is that this article will help you navigate at least one part of your new job.

That’s why we’ve put together this article about the FedEx orientation process. More specifically, you’ll learn what to expect at orientation, how long the process lasts, and what to wear, so keep reading to learn more!

What Is FedEx Orientation In 2022?

FedEx orientation is the last stage of the hiring process in 2022. During orientation, new hires learn about FedEx as an organization, get on-the-job training, and complete any remaining paperwork. Orientation averages four hours; however, the exact amount of time varies by location. Candidates are paid for attending orientation and usually start working soon after.

We’ve got a whole lot more to share with you about the FedEx orientation process, so make sure to read this entire article for useful facts and tips!

Does Orientation Mean You Received the Job at FedEx?

Orientation is the last stage of the FedEx hiring process. Prior to attending, you will have passed an interview, been given a job offer, and gone through the testing stages.

Testing includes background checks for all new hires as well as a drug screening and a driving test for driver and courier roles.

Therefore, getting invited to attend a FedEx orientation means that you’ve passed the requisite tests and that you have the job.

What Occurs During the FedEx Orientation?

Most of FedEx’s orientation consists of watching training videos and lectures.

Both of these tools are used to teach new hires about the organization and its regulations (e.g. safety rules and sexual harassment policies).

New hires also learn about their positions and what to expect from working at FedEx (e.g. break times, sick leave, and vacation days).

They may also receive some on-the-job training and a tour of their work area.

Another part of orientation consists of filling out paperwork and forms. Lastly, new hires are given their work schedules and a uniform (if required).

How Long Does FedEx Orientation Last?

On average, FedEx orientation lasts about four hours. However, the amount of time can vary depending on the location and the job.

If you have other commitments and need to know the orientation schedule ahead of time, be sure to ask the training manager before the session starts for the day.

When Is FedEx Orientation Held?

Each FedEx location will typically designate one day of the week for orientation. For example, one location may hold orientation every Monday, while another might do it every Wednesday.

Regardless of when you get hired, you’ll have to wait for the next training session, whether it’s one day away or five.

What Should I Wear to Orientation at FedEx?

FedEx is not too picky about the dress code for orientation. Business casual clothing (e.g. polo shirts and slack) might be slightly overdressed for certain roles but is acceptable.

In general, if you’ve been hired as a package handler, you’ll want to wear casual clothing.

Clothing should keep you cool when performing any required physical tasks and allow a free range of motion.

Make sure your clothing is fitted and that there aren’t any dangling items that could get caught in machinery. You’ll also want to avoid wearing jewelry for the same reason.

In terms of shoes, make sure yours are sturdy, comfortable, and have a closed toebox. If you have work boots or shoes with a reinforced toebox, that’s even better.

What Should I Bring to FedEx Orientation?

Because you’ll be filling out paperwork at orientation, make sure to bring a current photo ID (e.g. driver’s license or passport) plus your social security card.

Otherwise, nothing else is required unless your trainer informs you differently.

Does FedEx Drug Test During Orientation?

FedEx does not drug test during orientation.

This is mainly because orientation is the last part of the hiring process. If FedEx plans to drug test you, the hiring manager would have done so prior to orientation.

Usually, drivers and couriers must submit a drug test when they accept the job offer.

Package handlers and other warehouse positions don’t require a drug test to get hired.

These employees will only get tested if there’s an accident on the job site or if there is suspected drug use.

Do You Start Work Right After Orientation at FedEx?

When you start working after orientation depends on the location.

In some cases, you may be scheduled the day after orientation. In others, you may have to wait a day or two before you start working.

Regardless, know that you won’t have to wait more than a few days to start working after you complete orientation.

FedEx pays for orientation and training at the agreed-upon hourly rate stipulated during the hiring process.

What Happens If You Miss FedEx Orientation?

Whether you overslept, had car trouble, or got your days mixed up, things happen, and you may miss your scheduled orientation at FedEx.

If that happens, contact the Human Resources department and/or reach out to your contact person to explain the situation.

It’s likely that they’ll schedule you for the next week’s orientation group, but that’s not guaranteed, so do your best to show up when you’re supposed to.

To know more, you can also read our posts on FedEx attendance policy, does FedEx drug test, and are FedEx packages insured.

As far as job orientations go, FedEx’s is straightforward and short. In most cases, you’ll attend a session lasting about four hours. During that time, you’ll have the opportunity to learn more about FedEx as an organization, as well as get familiar with your new position.

Even better, orientation is paid, there’s no dress code, and you’ll be put on the schedule soon after completing your training.