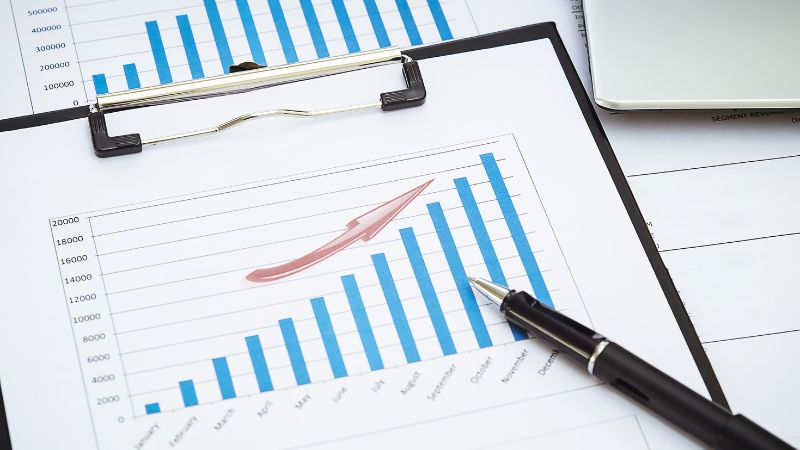 If you’ve ordered grocery delivery, there is a good chance it was through Instacart, but what do you know about the company? Are you looking to learn some cool facts about Instacart?

If so, read on to learn some of the most fascinating statistics and trends regarding Grubhub and I will also answer all of the questions you might have!

Furthermore, this number is going to continue to grow as more people choose delivery for their purchases, such as grocery delivery and retail store delivery.

Throughout the past couple of years, we have seen more people than ever before get delivery through Instacart, so it’s no surprise that there are more than 10 million users on the platform.

The American workforce has been utilizing side gigs to make extra money and Instacart is a great side gig for a lot of people, especially as more people use Instacart for delivery.

Therefore, the fact that there are more than 500,000 shoppers for Instacart isn’t that shocking and we expect this number to climb over the next several years.

As Instacart continues to grow in popularity, we aren’t shocked to learn that more than 45,000 stores now utilize Instacart for delivery.

Also, this number will continue growing as more people opt for delivery services and want other options available to them so they don’t have to go into stores as often.

Instacart has grown in popularity so much that now more than 85% of households in America have access to the Instacart delivery service.

Did you know that Instacart is also available in Canada and that more than 70% of Canadian households can easily access and use Instacart?

However, we think this number is going to climb over the next few years as more retailers in Canada begin offering delivery services through Instacart.

8. Instacart Accounted for 45% of Grocery Deliveries in 2021

9. The Most Popular Category on Instacart Was Frozen Meat in 2020

Frozen meat topped the Instacart popularity list and earned the highest revenue with more than $112 million in sales!

However, luncheon meats made more than $95 million in sales through Instacart during that same period and were the second-most popular category for the company.

The third-most-popular category on Instacart during 2020 was refrigerated poultry which earned a revenue of $87 million.

12. Instacart Is Available in All 50 States

One interesting fact about Instacart is that it’s available in all 50 states in America, even though it’s not available in every city yet.

Therefore, we can assume if these statistics continue that the partners for Instacart will continue to grow as more retailers offer the service and it becomes available in even more cities.

It doesn’t matter what you’re looking for as Instacart now offers more than 500 million different products to customers ranging from groceries to home goods, pet products, and alcohol.

An interesting fact about Instacart is that its revenue increased substantially in 2021 to an estimated $1.8 billion.

Instacart launched way back in July 2012, and it began in San Francisco, California, and was founded by Apoorva Mehta.

One fact about Instacart that we found interesting is that the founder, Apoorva Mehta, was the first and only driver, shopper, and delivery worker for the company in the beginning.

In addition, he did not do any grocery shopping himself until he had the app developed and ready to be tested out.

Instacart has different ways to make money such as service fees, and delivery fees, and offers a membership that customers can purchase to save money long-term.

Additionally, Instacart charges on average close to 23% more for items than what stores charge to increase profits, although the price increase can be 5% or 15% depending on the store.

19. You Can Either Be an Independent Contractor Or Full-Service Shopper for Instacart

Instacart gives you the ability to be either a full-service shopper or an independent contractor, which means you can choose how you want to make your money and how much you will make.

Additionally, various factors can change how much you’ll earn including driving distance and the number of items in an order.

Working for Instacart allows you to make varying amounts of money, but you’ll earn more if you’re a full-service batch shopper compared to a delivery-only batch.

Furthermore, regardless of whether it’s a full-service batch or a delivery-only batch, you will get to keep all of your tips!

Did you know that if you’re an in-store only Instacart shopper you’re considered an Instacart employee, although you’re only working part-time?

Additionally, this means that you will have a normal shift and get paid hourly, and you get to choose your availability to work as a part-time Instacart employee!

That being said, in-store shoppers do not perform deliveries and will only work in the store as a shopper.

22. 27% of Seniors Have Used Delivery Services Such as Instacart

One really cool statistic about Instacart is that it’s not only young people using the service since about 27% of seniors have used a delivery service such as Instacart.

In addition, 24% of senior citizens have an interest in using delivery services such as Instacart but haven’t done so yet, so it shows a trend in everyone looking at online delivery as a possibility.

23. Instacart Offers an Express Membership for $9.99 Per Month

A lot of people who use Instacart don’t know that they offer a membership so that you can get all of your delivery orders over $35 for free!

However, if you do not get a membership, then you will be paying $3.99 plus other fees for each delivery if your order is over $35, or extra charges if the order is less than $35.

Who Uses Instacart the Most?

Statistics show that women use Instacart the most and more than 80% of Instacart customers are women.

Do You Make More Money With Instacart or DoorDash?

DoorDash provides you with better opportunities to make more money since DoorDash has a higher tip base rate than Instacart.

However, your earnings per hour are similar whether you’re working through DoorDash or Instacart, so it all comes down to the tips.

To know more, you can also read our posts on ShopRite Instacart, Instacart headquarters, and what is Instacart.

Several Instacart statistics we found to be fascinating including that the Instacart valuation topped more than $39 billion in 2021, and there are over 10 million users on the platform.

Additionally, there are over 500,000 Instacart shoppers and over 45,000 stores use Instacart for delivery, whether it’s groceries, alcohol, or something else.