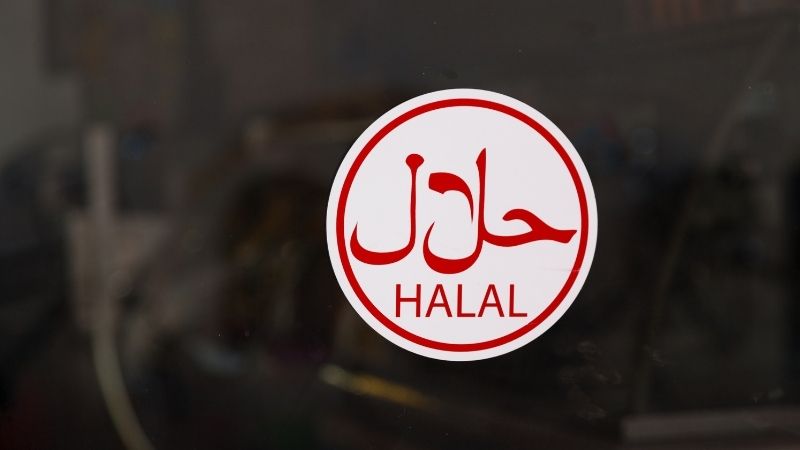 Domino’s is a worldwide restaurant chain known for its easily customizable pizza. It uses a wide variety of ingredients and is easily found in many countries.

However, many who eat at Domino’s want to make sure what they eat is made with halal ingredients. This article contains all of our findings regarding whether Domino’s is halal!

According to the website, Domino’s doesn’t have officially certified halal restaurants in 2023. Some stores in Pakistan strive to offer a completely halal menu, although it is best to ask the manager. Domino’s chicken is halal slaughtered, except for chicken wings. There are plenty of vegetarian options at Domino’s, but there’s always the risk of cross-contamination.

Keep reading for more information regarding halal food at Domino’s!

Is The Domino’s Cheese Pizza Halal?

Cheese pizza Itself does not contain any meat ingredients and is therefore halal, according to many. Also, Domino’s has stated that its cheese is completely vegetarian.

However, since gloves and other tools used for preparing pizza at Domino’s are used for multiple kinds of ingredients, cross-contamination with non-halal meats happens frequently.

Therefore, ask the employee preparing your pizza to do their best to avoid cross-contamination with meat by using fresh gloves and utensils, although it is still not guaranteed.

Is Domino’s Halal In The US?

Unfortunately, Domino’s does not have any halal-certified stores in the US.

So, if you prefer to order only vegetarian ingredients despite the risk of cross-contamination, this is the closest to halal food you’ll get at Domino’s in the US.

Further, the only official statement regarding halal meat at Domino’s is that most of the chicken used there, other than the chicken wings, is halal slaughtered.

Is Domino’s Halal In Canada?

There are no officially halal-certified Domino’s stores in Canada.

However, you can always ask a store employee about ingredient sources or ask to read the packages of ingredients, and they are likely to help you find as much information as possible.

Also, Domino’s in Canada has a lot of vegetarian items on the menu, so it isn’t difficult to order something without pork or non-halal slaughtered meats.

Further, the main thing to keep in mind is the constant risk of cross-contamination, which makes it difficult to be certain of entirely halal food.

Is Domino’s Halal In India?

You are not likely to find many halal-certified Domino’s stores in India. Again, you can always ask the manager at a specific store whether they use halal ingredients.

Still, your best option for halal meat from Domino’s is chicken (not chicken wings) as long as it is sourced from Thailand, where the suppliers use halal-certified slaughtering methods.

Also, the risk of cross-contamination continues to be the primary concern when trying to eat halal at Domino’s.

Is Domino’s Halal In Pakistan?

Since they are Muslim countries, you are more likely to find halal Domino’s stores in Pakistan, Saudi Arabia, and UAE.

That said, many food suppliers use halal slaughtering methods in these countries.

Still, the best way to check whether an individually owned Domino’s in Pakistan is certified-halal is to ask the manager or one of the other employees. Each store varies in its menu and policies.

Is Domino’s Halal In Sri Lanka?

In the past, Sri Lanka Domino’s stores have been halal-certified, although the restaurant-wide certification has not been renewed due to non-conformity with halal standards.

Therefore, it is possible that some of these locations still have an individual certification or make a special effort to use halal ingredients, despite the lack of official certification.

When visiting a Domino’s in Sri Lanka, talk to the manager about ingredient sources and other details they may provide.

Does Domino’s Use Halal Chicken?

Domino’s has officially stated that the chicken it uses is halal slaughtered. However, the chicken wings that Domino’s uses are strictly not halal.

Also, keep in mind that scholarly views vary regarding certain slaughter methods. Domino’s chicken is stunned before it is slaughtered to keep the process painless for the animal.

With that, some may view this as halal, and others may not.

Is The Pepperoni At Domino’s Halal?

Domino’s’ pepperoni is made with a mixture of pork and beef, so it is strictly not halal due to the inclusion of pork.

Is The Domino’s Margharita Pizza Halal?

The Domino’s Margharita Pizza is made with marinara sauce, mozzarella cheese, diced tomatoes, and oregano, so it’s vegetarian and shouldn’t contain any ingredients that aren’t halal.

But, the only problem is that the pizza is prepared on the same surfaces and using the same gloves used for other items that are not halal.

Remember, there is always a risk of cross-contamination when ordering at Domino’s.

Domino’s does not have an official halal certification.

It uses pork ingredients in its pizza toppings, and employees use the same surfaces and tools for many ingredients, so cross-contamination is always possible.

You will likely find Domino’s stores that stick to halal ingredients in Muslim countries like Pakistan. Also, it is always a good idea to ask the manager about the ingredients they use.