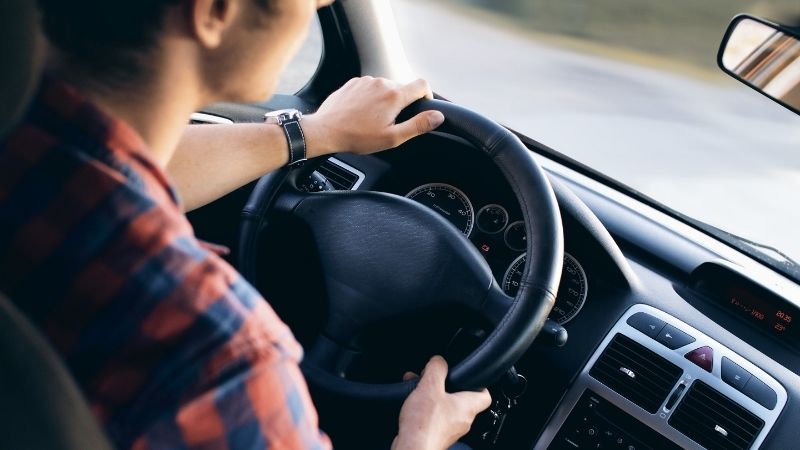 Uber promises its users convenience by allowing them to get rides whenever they want them and to wherever they want.

However, it’s not always clear how it works when there’s more than one passenger. So, if you’re confused about this aspect of the service, read on to find out if Uber is charged per person!

Uber doesn’t charge per person in 2023. When you request a ride, you get access to all the available seats. Ride options that can hold more people per trip usually cost more. An Uber’s total number of available seats only considers the ones that have safety belts. Fares are determined by other factors such as surcharges, time, and distance.

Read on to learn everything you need to know about how Uber works with more than one passenger, including maximum capacities for common ride types, how fares are actually calculated, and more!

Does Uber Pay Per Person?

Unfortunately, Uber doesn’t pay per person because the one who requested the ride gets access to every seat at no extra cost.

However, if you drive under an option that allows you to carry more passengers at once, you might earn more per trip.

For example, an UberXL carrying only one passenger will earn you more than an UberX with four.

Instead, drivers’ earnings are calculated based on the following:

How Is Uber Fare Calculated?

Uber fares aren’t calculated per person. Instead, they take the following into account:

Is Uber for 2 People?

Uber is for 2, or as many people as the car is equipped to carry, and the person who requests a ride is free to bring along others on the same fare.

How Many Passengers Does Uber Take?

Ubers have different maximum capacities for passengers as follows:

However, you might get a ride option marked with a certain capacity, but the actual vehicle is equipped for more.

This usually happens in Comfort where the main focus is on vehicles with more legroom.

This means that full-size SUVs could also get approved, despite the option being sold as being for up to 4 riders.

When taking an Uber, we recommend that the number of people in the car match the number of seat belts for safety and compliance with driving regulations.

How Does Uber Work for 2 People?

For 2 people, Uber works the same as it does for one person, provided you’re getting in a vehicle that’s equipped for both of you.

Both riders can sit in the back or one can sit in the front, and the price won’t change because fares don’t consider the number of passengers per ride.

UberX is usually meant for up to 4 people but the company imposed limits in 2020 that capped it at 3 in order to maintain social distancing guidelines during rides.

On its own website, there are still several areas that list UberX and other ride types as being for fewer passengers than usual.

When the restriction was introduced, riders were advised not to sit in the front, making it so there was one seat less.

This policy is being rolled back in several markets, but if you see the number dip to 3 from 4 again, it’s likely because it’s been reinstated.

To know more, you can also read our posts on Uber Freight, Uber XL, and Uber Rent.

Uber isn’t charged per person; fares are based on time and distance alongside other factors such as surge pricing and tolls. Whenever you request a ride you get access to all available seats at no extra charge.

Uber drivers don’t earn more on trips where all the seats are taken than when it’s only one rider. However, ride options with higher seating capacities like UberXL and Black SUV pay more per trip and the fares are higher.