Venmo is a popular money transfer app that is used by many to send money between friends and pay for goods and services. It’s similar to the PayPal app, which also allows you to quickly transfer funds.

That being said, you may have heard that PayPal actually owns Venmo. But is this actually true? Well, I’ve done the research, so here is all that I found!

Venmo has been the property of PayPal since 2013. Venmo was acquired by PayPal when the company purchased Braintree, and since Braintree had bought Venmo the previous year, it was now part of PayPal’s property. However, although it’s connected with PayPal, Venmo is a distinct money transfer app with its own particular uses in 2022.

Are Venmo and PayPal the Same Company?

Although Venmo is now owned by PayPal, the two are still distinct companies with their own management, uses, apps, and features.

PayPal is a much older and larger company, and is widely used for business transactions and online payments. Actually, PayPal is very similar to an actual bank at this point in time.

In contrast, Venmo is mostly used for smaller money transfers and sending funds between friends and family, though it can also be used to pay for goods and services.

While many of PayPal’s terms of use and transfer methods are the same for Venmo, and PayPal is in control of how Venmo moves forward as a company, the two are still separate.

One of the perks of using PayPal is buyer protection. This feature provides fraud prevention, secure financial information, and 24/7 monitoring.

Under PayPal’s Purchase Protection, you will be reimbursed if you are charged for eligible unauthorized transactions and for damaged or missing items that you purchased.

PayPal has detailed information about how purchase protection works and which transactions are eligible to be protected.

However, Venmo’s protection features are much more limited than PayPal’s. You aren’t likely to get a refund from Venmo if a transaction goes wrong or if it goes to the wrong person.

Venmo’s Purchase Protection is limited to those who are Venmo Debit cardholders.

In addition, only transactions made with authorized businesses are eligible for purchase protection from Venmo. 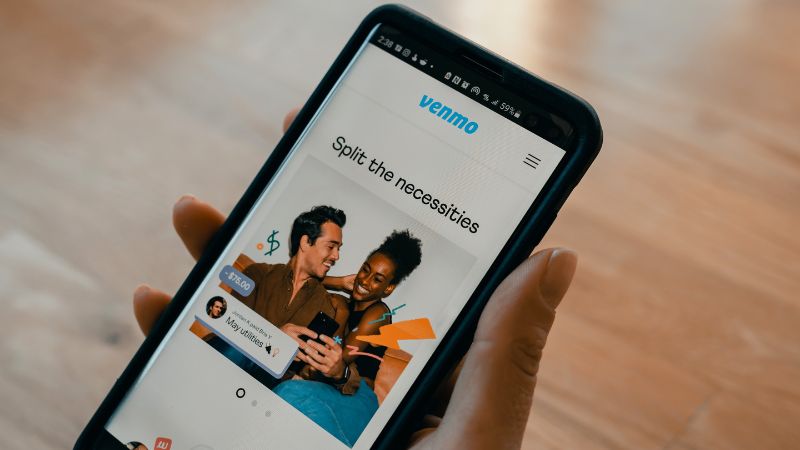 PayPal is listed on the US stock exchange, which means it’s owned by individuals and institutions that are all shareholders.

Although eBay originally bought PayPal in 2003, it was spun off into its own company yet again in 2015. Currently, the company is owned by many investors.

Why Did PayPal Buy Venmo?

Venmo is a successful company that has continued to grow since PayPal purchased it as part of the acquired BrainTree company.

Venmo is similar to PayPal in that it’s used to transfer money quickly between people.

However, Venmo has a unique appeal in its social networking aspects, and is geared more towards smaller payments between friends.

Venmo’s appeal has allowed it to gain a significant user base, proving that PayPal’s decision to buy the company was a smart one.

PayPal plans to expand the use of Venmo moving forward, making it more of a ubiquitous wallet service.

What Bank Does Venmo Use?

Venmo’s official debit card is licensed under Mastercard, which is issued by the Bancorp Bank.

In addition, Venmo’s Visa Credit Card is issued by Synchrony Bank, with a license from Visa USA Inc.

What Are the Main Differences Between PayPal and Venmo?

There are several things that really make Venmo distinct from PayPal, its parent company.

First, Venmo is only available to use within the US, whereas PayPal can be used in many countries.

In addition, PayPal is typically used for more business-oriented purchases, and is often connected with official online stores and merchants.

Venmo as a company is not so far-reaching and is mainly used for transferring smaller amounts of money.

Another main difference is that PayPal has wide platform compatibility, while Venmo is primarily for smartphone use.

Further, payment amount limits for PayPal are much higher than for Venmo, with single payment limits of up to $10,000, compared to Venmo’s limit of $6999.99 per seven-day rolling period.

To know more, you can also read our posts on whether or not Venmo works in Canada, how to delete Venmo history, and why can’t I transfer money from Venmo.

Venmo is owned by PayPal, and has become very successful over the years. Venmo was purchased by PayPal in 2013, when the company bought Braintree for $800 million.

The main difference between Venmo and PayPal is that Venmo is meant for money transfers between friends, and PayPal is an online payment service for countless businesses.