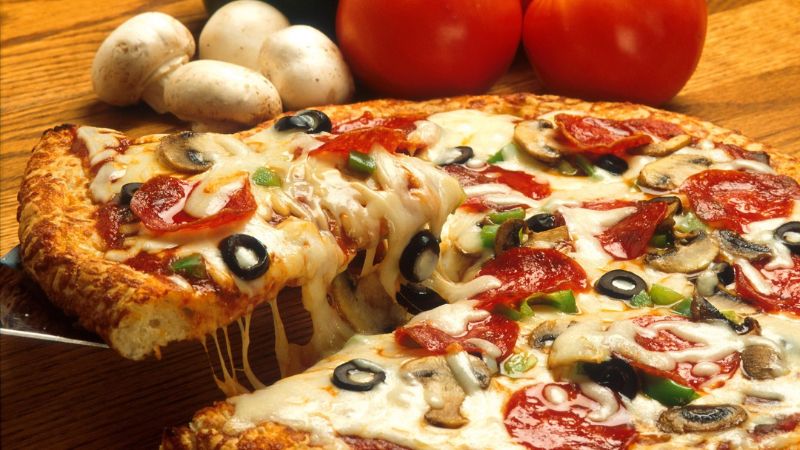 Mcdonald’s has sold some pretty weird foods over the years. Once upon a time, it even sold pita bread and pasta. Plus, the fast-food chain is known for regularly bringing back discontinued items for a limited time.

Many of these foods bring a sense of nostalgia, which is likely why they are commonly sought after. The McPizza was one of these foods, and fans regularly beg for it to be brought back. For everything you need to know about this food, keep reading!

What Is The McDonald’s McPizza?

The McPizza was launched in the 1980s and discontinued from all stores before the 2000s and is unlikely to return as of 2022. The pizza had a long cooking time, which didn’t add up with the company’s fast service. Therefore, the pizza was discontinued. Originally, the product was a family-sized pizza, but it has since been scaled down.

For more information on the McPizza, take a look below for everything you need to know!

Why Did McDonald’s Discontinue McPizza?

The McPizza was reportedly discontinued from most stores by 2000. During this time, the store was shifting closer to fast service.

That said, the McPizza had an 11 to 16-minute cook time, which did not match the store’s need for fast service.

Furthermore, the original McPizza is much different from the later version. For instance, the original pizza was a full-sized pizza meant to be shared with the whole family.

Also, this pizza was brought to the table by an employee.

But, when the store started shifting to fast service, the full-sized pizza was scaled down to a personal pizza.

However, after testing the pizza on several markets, it was discontinued because it simply didn’t cook fast enough.

Because the issue of the cooking time was never solved, it is unlikely that the pizza will be brought back in the future.

Is McDonald’s Bringing Back The McPizza?

McDonald’s is not currently bringing back the McPizza, and it probably will not in the future. Remember, this pizza was nixed because its cooking time was too long.

When cooking this pizza, employees are thrown off schedule, and customers must wait nearly 15 minutes for their food.

So, when McDonald’s is focused on fast food, the pizza simply doesn’t fit in. Therefore, the McPizza will likely not return in the future.

When Was The McPizza Discontinued?

Practically all McDonald’s locations stopped selling the McPizza by 2000. At this point, the company was beginning to shift to fast service.

The pizza took far too long to cook, so it did not fit into these new guidelines. Overall, customers were waiting far too long for their food by McDonald’s’ new standard.

However, there is still one store that sells the McPizza in Orlando, Florida. But, it is doubtful that the pizza will ever see a country-wide revival.

The McPizza was not terribly popular. During the McPizzas time, Mcdonald’s was trying to find its niche.

Actually, the company tried out many different items to increase dinnertime sales, including pasta and grilled chicken.

At the time, McDonald’s was best known for lunch. Most people wanted to sit down for dinner, not grab it on the go.

Therefore, McDonald’s attempted to shift more sales to the evening for a while, and the McPizza was one of the ways the company attempted to do this.

However, this was only one of the options it chose. While the sales were as expected, the McPizza did not blow anyone out of the water.

That said, many were likely not disappointed when the pizza was discontinued in the 2000s.

Why Did The McPizza Fail?

It wasn’t necessarily that the McPizza failed. However, the company decided that it wanted to focus on decreasing wait times and being one of the fastest places to eat.

In opposition to this idea, the McPizza took nearly 16 minutes to cook.

According to McDonald’s’ new standards, this was simply too long. Therefore, to decrease wait times, McDonald’s stopped serving the McPizza by 2000 at most stores.

The pizza likely will not be brought back in the future. So, while other items were removed to make room for new options, the McPizza was removed because it didn’t meet the store’s goals.

The McPizza is a strange McDonald’s product that is nearly a myth for those under 20. However, it was once a pretty popular item on McDonald’s menu.

When it was released, McDonald’s was trying to bring more guests in for dinner, as it was primarily seen as a lunch joint.

However, the McPizza did not last long. Eventually, the store decided that it wanted to focus on serving customers quickly.

With a 16-minute wait time, the McPizza did not help the company reach that goal. Therefore, McDonald’s eventually decided to cut out the McPizza to focus on its goals.