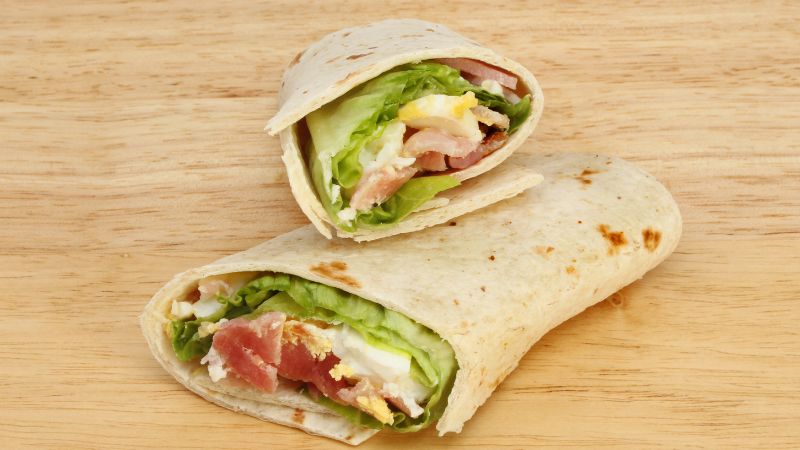 Mcdonald’s is always trying new menu items and bringing back old favorites. The menus are a little different worldwide, but it isn’t uncommon for one thing to jump from one market to the other.

Many newer items don’t stay on the menu all that long. However, the McWrap was different. After jumping over from Poland, this item was on the menu for a long time. To find out more about the McWrap, keep reading!

The McDonald’s McWrap was a long-standing menu item until it was discontinued only a few years ago. It was initially released in Poland but was brought to American markets in 2012. Its primary purpose was to entice Millennials. However, it took a long time to make and did not sell as well as anticipated.

For information on why this wrap was discontinued and where you can get it today, take a look at the rest of this article!

Does McDonald’s Still Have The McWrap?

Unfortunately, McDonald’s no longer sells any of the McWraps. Originally, these wraps were available at multiple price points and designed to attract Millenials.

However, one of the chain’s core values is simplicity, allowing McDonald’s to serve many customers quickly.

That said, the McWrap complicated the kitchen and included more steps than other menu items. Therefore, the company decided to get rid of it.

For one, the McWrap took a long time to assemble than other items on the menu.

Further, steaming the tortillas took 20 seconds, while chopping and assembling the wraps took even longer. In contrast, most of the store’s burgers take only ten seconds to make.

Therefore, it is doubtful that the McWrap will come back anytime soon, as it simply didn’t bring enough to the table to counteract its very long cooking times.

When Did McDonald’s Release The McWrap?

The McWrap was first released in Poland in 2004. The customers there are very health-conscious, hence the addition.

However, the McWrap was then brought into the US in 2006, when it was tested at several locations.

At first, only a mini-version of the McWrap was available. But, the company released the full-size wrap in 2010.

Moreover, the Premium McWrap wasn’t introduced into the states until 2012, when it appeared in two major cities as a test run.

The test run must have been a success, as the Premium McWraps was released to the rest of the country in 2013.

Why Did McDonald’s Discontinue The McWrap?

McDonald’s discontinued the McWrap primarily due to efficiency. As previously mentioned, a wrap takes quite a bit longer to make than a burger.

According to research, the McWrap took an average of 60 seconds. In comparison, the average burger from McDonald’s only takes ten seconds.

Plus, there were sales problems. That said, Millennials were not eating the McWraps as much as anticipated, and it never really took off.

However, the McWrap is not discontinued everywhere. In fact, there are many countries where you can still order a McWrap, including Poland.

Additionally, you can purchase some variations of the McWrap in Canada.

What Is A McDonald’s McWrap?

There are many different McWrap options out there. Three main McWraps were available in the United States: Bacon McWrap, a Ranch McWrap, and a Sweet Chili McWrap.

However, before the full-sized McWraps were released, the company released small Snack Wraps. After that, the Chicken Grande Wrap and the Fresh Garden Wrap were tested.

Still, it wasn’t until the company released large wraps nationwide that the first three flavors we mentioned were released.

Moreover, these remained the three flavors until the McWrap was later discontinued. On top of choosing the flavor, each flavor was available with either grilled or breaded chicken.

How Much Does A McWrap Cost?

All the McWraps cost $4 and some change. For the most part, the flavor did not change the cost of the wrap.

Also, if you wanted a meal, you had to add $2 to the overall price, bringing it to $6 and some change. In the end, the McWrap remained at this price until it was discontinued.

Additionally, the McWrap was cheaper than the Big Mac and most other burgers. Therefore, it was a budget-friendly option.

What Is The Premium McWrap?

The Premium McWrap was released nationwide some years ago. That said, it contained fresh vegetables, including cucumbers (the first time this ingredient appeared on a McDonald’s item).

Also, customers could choose from grilled or crispy chicken and a variety of sauces. Further, these ingredients were put into a wrap and then into a hand-held package.

Essentially, this package was designed to be used on the go, making the food easier to eat than other menu options.

To learn more, you can also read our posts on sauces at McDonald’s, what bun does McDonald’s use, and are McDonald’s fries gluten-free.

While the McWrap is no longer on the menu, it did have a place for several years.

However, the company’s primary goal is to serve customers quickly, and this wrap took longer to put together than other items.

In fact, it took nearly six times as long as McDonald’s’ burgers. For this reason, the McWrap was eventually discontinued and likely won’t be coming back.