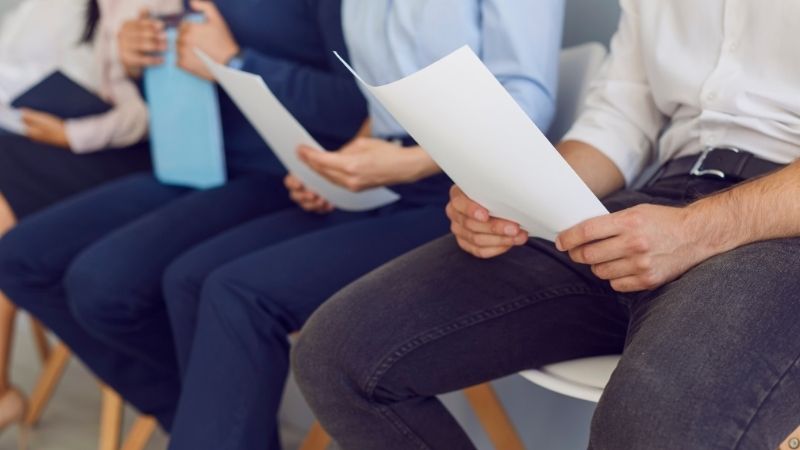 With locations all over the country, Sam’s Club is a popular place for people to look for employment no matter where they are.

If you’re such a person but need to know the hiring process at Sam’s Club before getting started, I looked into it in the article below!

Sam’s Club’s hiring process starts when you apply for a job before getting an interview, which is the first assessment actually, and if you can’t do it yourself, you get disqualified as of 2023. You could receive an offer on the first interview, or more could follow, but the process concludes with a drug test and background check.

Continue reading this article to learn all you need to know about the hiring process at Sam’s Club, including the interview questions you can expect, how long it takes, and more!

What Questions Do They Ask In An Interview For Sam’s Club?

When you go in for an interview at Sam’s Club, the questions they ask you will primarily relate to your knowledge of the role and how you would deal with customers.

For example, some of the most common questions asked during Sam’s Club interviews include the following:

As you can see, some of the interview questions at Sam’s Club could revolve around your experience and your current/former place of work.

For questions that relate to your availability, one successful applicant says you should make it clear that you’re as available as they want you to be, i.e., you will work weekends and can start as soon as possible.

How Long Is The Sam’s Club Hiring Process?

How long the hiring process at Sam’s Club takes varies widely from case to case because there have been instances where it’s taken a few days from the initial application while others take several months.

To be safe, you should check your email constantly because the company sends communications through that avenue, with messages likely to come in even at night, as per one report I found.

For most positions, Sam’s Club lets you apply, and a manager will contact you when they have an opening, which could be days, weeks, or months out.

Also, some Sam’s Club hiring managers have a more rigorous vetting process whereby they require more than one interview.

In most cases, Sam’s Club will hire felons, but this is dependent on factors such as the nature of the felony and how long ago it happened.

Sam’s Club’s parent company Walmart is a group of major companies that support the “ban the box” initiative that seeks to eliminate questions about convictions from applications to give felons a better chance of getting jobs.

Does Sam’s Club Do Background Checks?

Sam’s Club conducts background checks after the interview where you receive a job offer. If you pass the check, you can go on to orientation; otherwise, the offer will be rescinded.

Sam’s Club will conduct a drug test in most cases but not always.

Based on what I found, it’s likely that you will have to take a drug test before starting, but there are instances where you won’t have to.

For example, some locations determine who takes a drug test based on the position they’re going into. That said, anything considered riskier has a higher chance of testing.

If you get hurt on the job at Sam’s Club, then you will automatically be required to take a drug test.

How Long Does It Take For Sam’s Club To Call Back After An Interview?

It takes between three and five days for Sam’s Club to call back after an interview.

Additionally, this stage of the process moves faster than the period between the application and the first interview.

What To Wear To An Interview At Sam’s Club

Sam’s Club does not have a strict formal dress code, so you can dress business casual for an interview.

Clothing items like slacks, khakis, skirts, blouses, and button-up shirts would work. As for shoes, you should go with closed-toe options.

How Long Is Orientation At Sam’s Club?

According to reports from current and former employees, orientation at Sam’s Club takes about five hours.

Depending on your location, it could be split into two, but they would both add up to roughly the same amount of time.

To know more, you can also read our posts on what is Sam’s Club, does Sam’s Club drug test, and Sam’s Club employee discount.

Sam’s Club’s hiring process starts when you send in your application. After that, Sam’s Club could take a few days to get back to you with a request to set up an interview.

This is a test, and you need to do it yourself. Also, Sam’s Club uses email communication during the hiring process, so watch your inbox.

Most Sam’s Club hires only go through one interview, but some attend more, but it usually ends with a background check and drug test after an offer has been extended.

Finally, it takes between three and five days to hear back from Sam’s Club after an interview, and orientation takes about five hours.