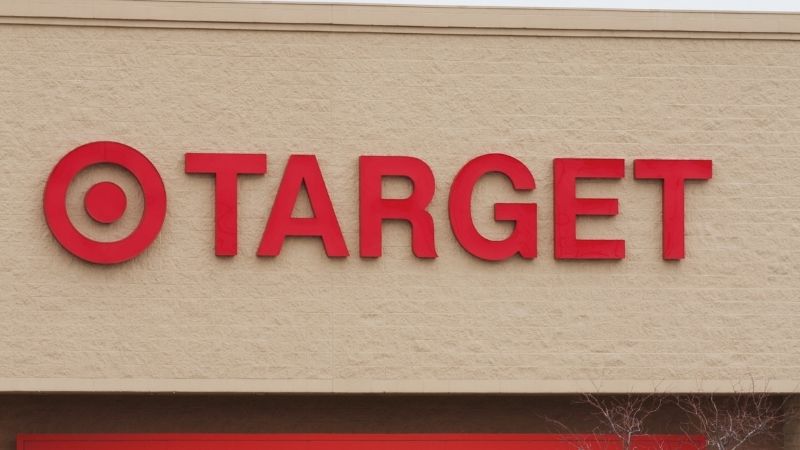 Target is one of the most beloved chains in the U.S., especially among Millennial women. Target has a distinctly upmarket feel and is a big box chain, the eighth-largest in the U.S., with nearly 2,000 locations.

But what if you’re not near one of those 2,000 stores? Where can you shop and get similar products, vibes, and prices? I’ve got 15 stores like Target you will want to check out!

The king of big box stores, Walmart is similar to Target in a few different ways.

With that, Walmart is definitely trying to woo women with disposable income and the desire for affordable apparel and home goods.

Emphasis on the affordable; Walmart consistently prices less than Target in almost every category, including store brand groceries.

That said, both stores offer a store pick-up option (as well as a delivery option), but Target’s is vastly superior.

With Target, you place a pick-up order, and it lets you know when it’s ready (typically within two hours).

With Walmart, you have to schedule a pick-up, and there are rarely same-day pick-up slots.

If Walmart is the king of big-box retail, Amazon is emperor supreme of the digital space.

In fact, almost anything you could want at Target, you can find on Amazon, and usually for less (or at least the same price).

However, shopping online with Amazon does have its drawbacks, namely the lack of instant gratification.

That said, shopping on Amazon in place of Target is best when you’re not in a huge rush, i.e., you don’t need the items today.

While Amazon does have Prime one-day shipping on some items, in some markets, you’re more likely going to be waiting two or three days for your box to arrive.

Kohl’s is a department-style store that sells apparel for the whole family, beauty products, and home goods.

It’s an excellent alternative to Target because, while the two are relatively similar price-wise, Kohl’s is almost always running one sale or another.

Also, Kohl’s is quite generous with coupons, which are then typically combinable with sale prices.

On top of that, another thing that makes Kohl’s a good alternative to Target is its ladies’ fashion.

Like Target, Kohl’s partners with designers and celebrities to produce exclusive and affordable lines, like Vera Wang’s upmarket collection or the LC Lauren Conrad collection.

This one might surprise you, but Costco is a fair alternative if you shop at Target’s grocery department and enjoy seeing all the upmarket, gourmet-style treats.

If you do the math, though, chances are good you’re going to pay less per ounce for the Costco tub than for the little bag at Target.

But, Costco also sells electronics, home goods, and even name-brand apparel at knock-down prices, though its selection is more limited.

Sam’s Club is similar to Target in the same way that Costco is.

For similar items, you will end up purchasing more of the product but at a lower price-per-ounce or price-per-pound than at Target.

If you enjoy the quirkiness and selection of Target’s groceries (especially the snacks), you will also enjoy a trip to Aldi.

With that, the Bullseye Playground and Dollar Spot fans will especially appreciate Aldi’s so-called Aisle of Shame or Aldi Finds aisle.

Here, “blink-and-you’ll-miss-it” merchandise gets moved in and rotated out every week, featuring quality items of various assortments for uber-affordable prices.

For example, one week might see specialty dark chocolate-covered pretzels and a kettle bell set, while another could feature a patio set and dill pickle popcorn.

Like with the Bullseye Playground and the Dollar Spot, the thrill is in the finding!

Boscov’s is one of the best department stores around, and while the branding is different from Target all-around, the two are pretty similar.

That said, the focus in Boscov’s is on apparel and beauty, which usually takes up the entire first floor. If there is a second floor, count on an affordable home good section.

But, the coup de grace is its amazing candy counter, which gives Boscov’s the whimsical feel of a vintage department store.

While the stores do carry brand names, and you can often find a hidden gem if you dig a bit, most Burlington stores are disorganized and chaotic.

That said, Burlington has a whole side of the store devoted to discount home goods, so if you’re looking for sheets or décor and don’t want to pay Target prices, check Burlington.

The prices at At Home are actually on par with Target – “upscale discount” is a good phrase for it.

Also, lovers of knick-knacks and snacks will enjoy the aisles leading to the cash registers, where you can find stationary, desk electronics, décor, and lots of edible goodies.

Marshalls and TJ Maxx are ten and 11 on the list because the same parent company, TJX Companies, owns both stores and offer a similar shopping experience to Target.

In both stores, you can find discounted brand-name apparel, home goods, and décor.

However, Marshalls has a slightly more extensive selection of furniture and even some gourmet snacks.

This one might surprise you, as it is a largely apparel-based digital retailer.

But, the same female shoppers who run to Target to find dresses for weddings or clothes for new seasons are also shopping Shein.

That said, the Shein niche market is trendy, fast-fashion apparel for super affordable prices, and in most cases, you can find a similar dress on Shein for half or a third of the price of Target.

Further, this is especially true for plus sizes, a demographic that traditionally has to spend more on fashion-forward clothes that fit.

Another mainly fast-fashion retailer, H&M has a wide selection of men’s and kid’s clothes (in addition to women’s) at prices comparable to Target’s.

Also, the Swedish company has moved into home goods, all of which feature its on-brand minimalist clean lines and solid color style.

One of the things people love about Target is its home goods section, with a range of styles from minimalist to maximalist, eccentric, to romantic.

That said, Ikea is quite similar in its home goods selection, which the company specializes in.

While all its products reflect the Swedish company’s tasteful, sometimes restrained, playful style, Ikea’s affordable prices and clever design make its products a must.

Trader Joe’s is another grocery store that caters to a very Target-like crowd.

The crowd wonders, “What if you took Target’s most fun and inventive store-brand snacks and turned it into an entire grocery store?”

In fact, 80% of Trader Joe’s inventory is store brand, so you’re getting even more selection on affordable items.

To know more, you can also read our posts on Target SWOT analysis, Target complaints, and the biggest Target competitors.

If you don’t have a Target or can’t get to yours for some reason, Walmart is your closest approximation.

However, all the other stores listed here fulfill and even expand on many of Target’s different departments, covering gourmet groceries, affordable apparel, and name-brand electronics.