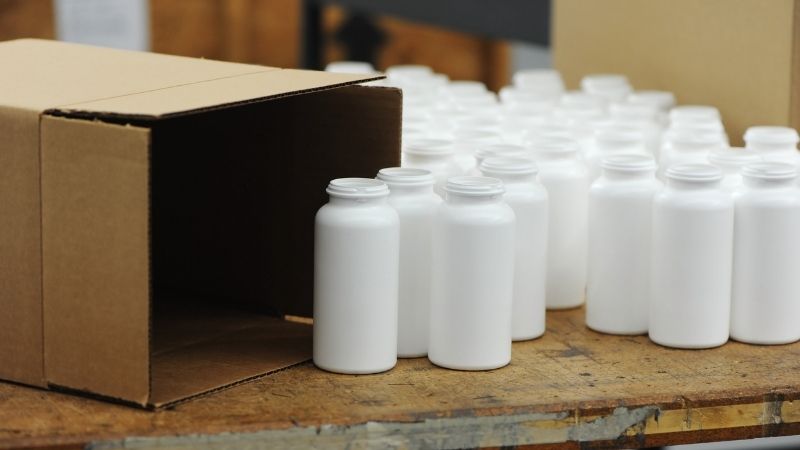 If you live in a state where something like recreational weed is legal, it can be tempting to want to send it to a friend. You have such easy access, so why not share?

So, what happens when USPS finds drugs? If you’re thinking you should be scared, you are right. Here is what you need to know, so you don’t go making this mistake!

Table Of Contents show
1 What Happens When USPS Finds Drugs In 2022?
1.1 Can USPS Arrest You For Mailing Drugs?
1.2 How Does USPS Check For Drugs In Mail?
1.3 Can You Mail Prescriptions Drugs USPS?
1.4 Does USPS Use Drug Sniffing Dogs?
1.5 Does USPS X-Ray Domestic Packages?
1.6 What Should You Do If You’re Caught Mailing Drugs?
1.7 Conclusion

What Happens When USPS Finds Drugs In 2022?

When the United States Postal Service has reason to suspect a mailed drug package, they will “seize” the parcel and obtain a warrant to open it as of 2022. Furthermore, if the contents do include illicit substances, USPS can go after the sender, and may even set up an undercover sting to deliver to the recipient.

Obviously that is not the full story, so for all the facts, including whether USPS can arrest you for mailing drugs, how USPS checks for them, whether prescriptions are okay and much more, keep reading below for all you need to know!

While the United States Postal Service maintains its own staff of inspectors who perform drug searches, arrests take place in conjunction with local law enforcement.

However, USPS can be the harbinger for arrests in a mailed drug case, and per this 2020 written strategy, bolstering partnerships with law enforcement is a priority for the organization.

Say you aren’t a member of a drug cartel; you’re just an average citizen living in California, who wants to send their friend in a neighboring state a bag of weed gummies for their birthday.

If you didn’t realize it was illegal, and you fill out the return address with your own info, you can bet USPS, if/when they catch you, will send police to your house to arrest you.

Furthermore, your unwitting friend, who maybe didn’t even know they were the intended recipient of such a parcel, can also be arrested – as it’s also illegal to receive mailed drugs.

USPS is a federal entity; thus, using its service to commit any criminal act is a felony.

Therefore, you and your friend could be arrested on felony drug trafficking charges, worst-case scenario.

How Does USPS Check For Drugs In Mail?

Naturally, the Postal Service has specific factors it watches for in parcels which can tip them off that there is an illegal substance contained within.

According to Gourley, Rehkemper & Lindholm, PLC, a criminal defense law firm, these include:

As packages are scanned on their journey to the destination, little blips like a name that doesn’t match an address are suspicious.

Inspectors who feel warning bell going off in their head may then also try calling the phone number listed/associated, to confirm.

All this is particularly suspicious when in combination with any of the other factors below.

However, a box that is taped over every square inch tells USPS inspectors that there may be a tell-tale odor inside that the sender wants to suppress.

So a package that already looks a little off, topped off by a handwritten label, just screams “This is not legit”!

However, inspectors are looking at the big picture, and so this factor, in conjunction with one or more of the others, means it’s time to bring in the K9 unit.

Can You Mail Prescriptions Drugs USPS?

Prescription drugs are not allowed to be sent through the mail by everyday citizens, even if the person sending them is the prescription holder.

Prescriptions drugs can only be sent through the mail by approved vendors – and they have to have the approval of the DEA (Drug Enforcement Administration).

You can, however, send over-the-counter “drugs” through the mail – anything that does not require a prescription.

For example, Cold medicine, Pepto Bismol, pain relief creams, etc., are all acceptable for mailing without any special considerations or approval from the DEA.

Does USPS Use Drug Sniffing Dogs?

While USPS does not actually have drug sniffing dogs on staff, they do collaborate with local law enforcement’s K9 units.

Drug sniffing dogs are incredibly important to seeking out drug traffickers, because USPS inspectors need “reasonable suspicion” to get a search warrant to actually open parcels.

The Law Office of John Guidry writes that one way inspectors can have reasonable suspicion is to line up six boxes: the one that looks shady, plus five that do not contain any drugs.

The K9 then sniffs each one, and if they single out the box that’s under suspicion, USPS has probable cause and can go on to obtain a search warrant.

USPS does X-ray some parcels, but not all.

That said, it’s done in a fairly randomized way, so there is no way of knowing if your parcel is going to be up for scrutiny or not.

If you were thinking about trying to send controlled substances through the USPS, I wouldn’t roll the dice on your chances.

Also it’s important to add: Writing “Do Not X-Ray” on your parcel is a huge red flag and will 100 percent draw attention to the contents inside.

What Should You Do If You’re Caught Mailing Drugs?

If you are caught mailing drugs, or receiving them, the first thing you should do is call a defense attorney.

Do not answer any questions, in fact, do not speak except to invoke your right to have an attorney present.

After you have done that, stop talking until your lawyer arrives.

This is very important, especially if you are actually innocent of any wrongdoing, because anything you say after you are Mirandized can be used as evidence against you.

To learn more, you can also read our posts on what is Registered Mail USPS, does USPS buy back unused stamps, and does USPS bubble wrap.

The United States Postal Service, as a federally affiliated organization in the Executive branch of government, takes use of its services for drug trafficking very seriously.

Even if you’re making an honest mistake by sending a friend a weed vape pen, without realizing it’s illegal, you can both be arrested and charged with a felony if caught.