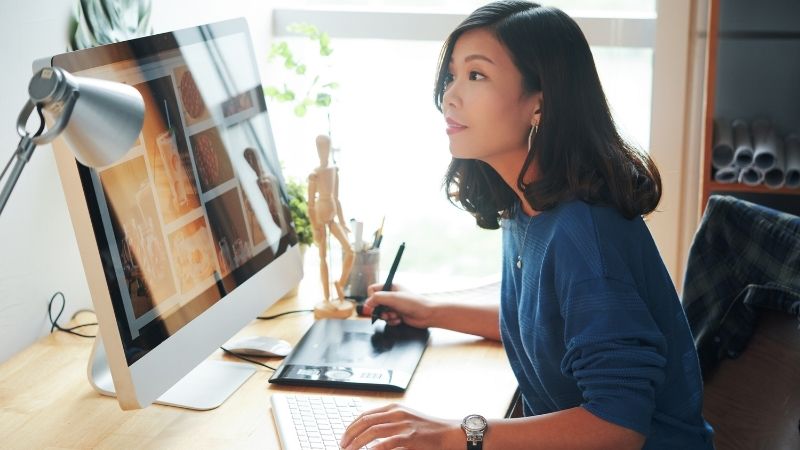 Amazon is a top choice for digital web services with cost-effective solutions tailored to modern businesses.

If you’re interested in voice technology, you may be wondering: what is Amazon Lex? I was intrigued by this service too, so I started researching, and here is what I found out!

Amazon Lex is a web service used to build conversational interfaces for text and voice applications in 2022. Lex is part of Amazon Web Services (AWS) and supports Alexa virtual assistants. Like with other Amazon solutions, there are no minimum fees or upfront charges, as the pay-as-you-go pricing and free tier make this an affordable option for conversational interface creation.

Check out the rest of our Amazon Lex guide, including what it does and why it’s good for small and medium-sized organizations.

What Does Amazon Lex Do?

Amazon Lex is used to develop conversational engines for voice and text applications.

It’s the same program that supports the Amazon Alexa voice assistant used with Echo and other smart speaker devices.

This Alexa technology is available to developers who want to incorporate high-tech chatbots into new and existing apps.

After building, testing, and launching the voice or text chatbot, Lex handles the dialogue and adjusts automatically to conversation responses

What Are the Benefits of Amazon Lex?

Amazon Lex was released in April 2017, offering developers the chance to create chatbots and other conversational tools for web, mobile apps, drones, robots, and toys.

One of the biggest benefits of Amazon Lex is how easy it is to use.

Extensive coding expertise is not required – you just need to select the conversation flow in the Lex console to generate a bot.

Also, Lex technology is ideal for virtual assistants such as Amazon Alexa.

It’s separate from Alexa Voice Services, which developers use to integrate Alexa with devices like alarm clocks and smart speakers.

While Lex users may interact with Alexa, they can also use the chatbot technology with any voice or text interface.

Users define chatbot responses directly through the Lex section of the AWS management console, so chatbots can be built and managed efficiently.

Amazon Lex is user-friendly, too. You don’t need substantial coding knowledge to use this program. As long as you specify the flow of conversation, Lex will do the rest.

With dialogue management and tailored responses, Amazon Lex is the leading choice for building, testing, and launching chatbots.

You can then add Amazon Lex to Facebook Messenger and other chat platforms.

What Can You Use Amazon Lex For?

Most developers prefer Lambda integration thanks to the existing enterprise connectors and easy linking to SaaS data like Marketo, HubSpot, and Salesforce.

Amazon Lex and its built-in integration is a reliable choice for high-level security, user authentication, and app development.

Also, the pay-as-you-go pricing structure for voice and text requests ensures Amazon Lex is more affordable than many other programs.

What Is Amazon Lex SLU System?

With just a couple of sample phrases, Lex can build a natural language model for bot interactions.

It’s all part of the democratized deep learning technology, which Lex uses to support the Speech-Language Understanding (SLU) system.

This is the same technology used for Amazon Alexa, as the SLU system interprets text input and speech to execute functions and meet user requests.

Not only is Amazon Lex extremely efficient and easy to use, but it’s also cost-effective as you only pay for the services used.

This means there is nothing to pay upfront or a minimum you must reach.

Instead, you are simply charged for speech or text requests, with prices starting at $0.004 per speech request and $0.00075 per text.

There is also a free tier so you can give Amazon Lex a try without fully investing. That’s why this AWS offering is so popular for building conversational interfaces while staying within budget.

Plus, it takes just minutes to create a chatbot using this interactive creator, so given the low cost and minimal time requirement, Amazon Lex is worthwhile for many applications.

To learn more, you can also read our posts on what is Amazon archive order, Amazon Flex not working, and Amazon Alexa.

Amazon Lex is the AWS service for creating conversational voice and text interfaces. If you want to incorporate a chatbot into a new or existing website, mobile app, drone, toy, or robot, then Lex is the way to go.

Amazon Lex offers web developers the opportunity to access the same technology behind the Amazon Alexa voice assistant. Lex is priced on a pay-as-you-go model, so it’s a cost-effective option for managing innovative chatbots.