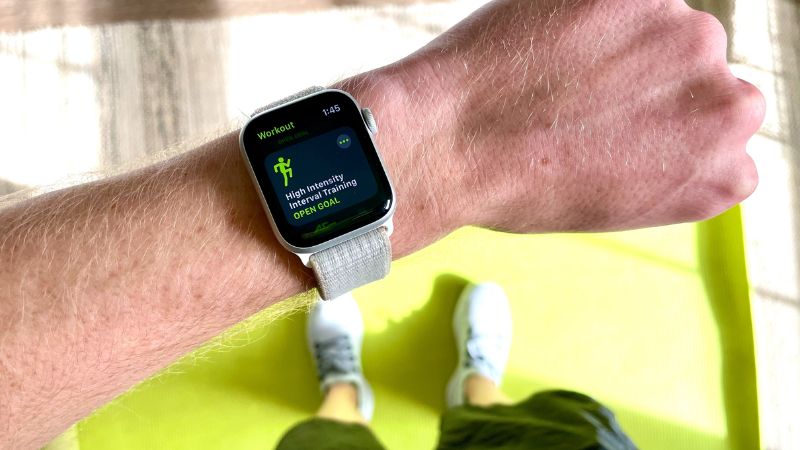 Apple is one of the biggest brands in the world and has a lot of products and services to offer customers, including Apple Fitness. Do you want to know what Apple Fitness is?

If so, continue reading because I’ve been researching this topic and have discovered a lot about it so I’ll tell you all you need to know about it below!

What Is Apple Fitness?

Apple Fitness is the workout tracking app developed by Apple that comes on your iPhone. Furthermore, you can keep track of your activity for the day with three exercise rings that tell you how long you’ve spent exercising and standing for the stay. The goal is to fill the three rings each day to reach peak exercise and fitness levels.

Do you want to know additional information about Apple Fitness, including what does Apple Fitness cost to use? Well, keep reading to learn about the cost and so much more!

What Does Apple Fitness Do?

Apple Fitness is a basic fitness tracking app that allows you to set daily movement and exercise goals, and it has three rings in it that begin to close the more you move and work out.

Further, the goal is to close all the three rings before the end of the day with the red ring being the movement, blue tracks the number of times you stand, and green is the exercise ring.

Also, you can share your activity rings and compete with other people or set your own achievement goals for the week.

A badge is given to the person who filled the three rings the most within seven days, and it’s a great way to keep you motivated to exercise, stand, stand, and move throughout the day.

How Do the Apple Fitness Rings Work?

As mentioned, there are three rings in Apple Fitness, which are red for movement, blue is standing, and green is the exercise ring, and we’ll talk about them a little more below.

The red ring is movement and you’ll notice it’s measured using calories with the ability to set a preference for how many calories each day you want to burn.

Also, you get points for the more you move around, so it does have a motivating element to it since you can see your progress throughout the day.

The green ring is exercise and it’s best with the Apple Watch since it can track your heart rate and movements easier.

However, if your heart rate doesn’t go high enough, it won’t count as exercise, which isn’t great since some people are on medications that control the heart rate, like beta blockers.

Your blue ring is the standing ring and you must stand at least one time every 12 hours, although you have the option to set the hours if you want.

That being said, you need to stand for at least one minute for it to count with Apple Fitness, or else it won’t register it, which means it’s harder to close this ring than other rings.

Do You Have to Pay for Apple Fitness?

Apple Fitness is free for those on iOS 8.2 and higher, since it’s a basic activity and fitness tracker and doesn’t come with any bells and whistles.

Apple Fitness+ is much different from Apple Fitness and is more similar to Peloton than Apple Fitness, since it streams workout videos to your iOS device.

Additionally, Apple Fitness+ isn’t free like Apple Fitness, and you’ll have to pay $9.99 per month to get the exercise and workout videos sent to your device.

Can You Lose Weight With Apple Fitness?

You can lose weight with Apple Fitness if you’re self-motivated to exercise and work out, and it helps if you set up competitions with other people to enhance your motivation.

That being said, Apple Fitness isn’t as sensitive to movement as other fitness apps might be, so for some people, it’s not as helpful for losing weight.

Can You Use Apple Fitness Without a Watch?

You could use Apple Fitness without a watch, but without the Apple Watch, you’re not going to get nearly as much out of the iOS app and it’s not going to give you good metrics.

For example, with the app just running on your iPhone, it may miss movements, so the watch is preferred since it’s more sensitive and will track your movements better.

Should I Close My Rings Every Day?

If you’re using Apple Fitness, it’s a good idea to close your rings every day, since your goal is to get exercise, stand more often, and move around to help you get into better shape.

Therefore, if you’re not closing your rings every day, you’re not getting the most physical activity possible, and it’s not going to lead you to live a healthier and better lifestyle.

As well, if you’re competing with other people and want to win the badges, you’ll need to close those rings on Apple Fitness as often as possible.

To know more, you can also read our posts on whether or not Apple owns Beats, is Apple Fitness free, and do Apple Watches come charged.

Apple Fitness is a basic activity and fitness tracker that is available for anyone running on iOS 8.2 and higher. Furthermore, with Apple Fitness, you have three rings which are movement, exercise, and standing, and the goal is to close those three rings each day.