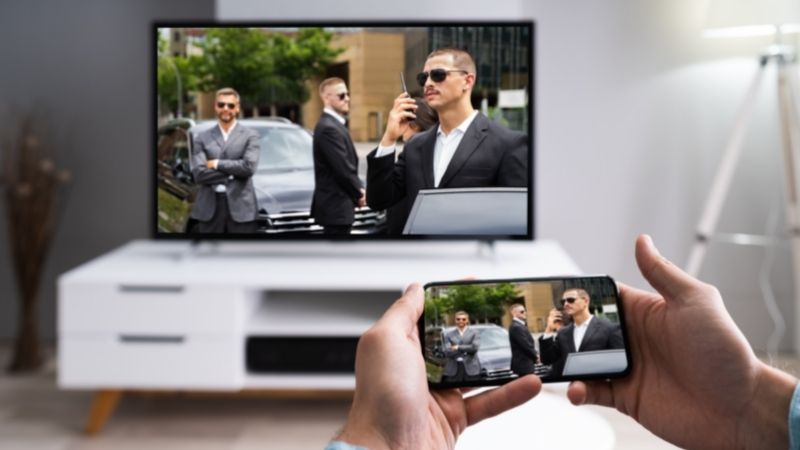 Amazon has dominated the last decade in terms of e-commerce and technology, and the global company shows no signs of slowing down anytime soon.

If you like following the latest business developments, you may be wondering: what is MGM on Amazon? I was thinking about this as well, so I looked it up, and here’s what my research revealed!

MGM on Amazon refers to the thousands of MGM movies and TV shows now available on Prime Video in 2022. That’s because Amazon completed its $8.5 billion takeovers of MGM Studios in March 2022, a monumental deal that gave the e-commerce giant ownership of MGM’s library of 17,000 TV episodes and 4,000 movies.

If you want to know more about MGM on Amazon, such as what titles you can watch and how to access your favorite shows, keep reading our full guide!

Why Did Amazon Buy MGM?

Since its founding in 1994, Amazon has grown substantially to become one of the biggest companies in the world.

Much of Amazon’s success comes from strategic acquisitions, as the company has an extremely diverse portfolio of acquired organizations and mergers, with 89 deals now in the books.

Given Amazon’s history of buying other companies across a wide range of industries, it makes sense that business executives jumped on an exciting entertainment opportunity to acquire MGM for $8.5 billion.

The Amazon-MGM deal was finalized on March 17, 2022, just two days after the EU’s antitrust regulator approved the acquisition.

It is the second-largest Amazon acquisition, following the $13.7 billion purchase of Whole Foods in 2017.

As a private company, MGM spent several years seeking a buyer after emerging from bankruptcy in 2010.

This purchase of MGM Studios gives Amazon a greater stake in the entertainment industry and marks the company’s biggest move into movies and TV to date.

As demand for Prime streaming services continues to grow, Amazon can now include the extensive MGM catalog of movies and TV shows on its streaming platform.

Amazon will also benefit from control over MGM’s billion-dollar revenue, generated in large part by major film franchises like James Bond and Rocky.

What Are the Most Famous MGM Movies on Amazon?

MGM continues to produce and distribute movies and TV series, adding to its already massive catalog of shows going back as early as 1924.

Now, Amazon owns MGM and all of the studio’s most famous feature films, which are available through the Amazon Prime Video streaming service.

Here are some of the most well-known MGM movies you can watch on Amazon Prime Video:

As for MGM film series on Amazon, you can look forward to watching these famous franchises:

What Are the Most Popular MGM TV Shows on Amazon?

While MGM is one of the best-known U.S. movie studios, numerous TV shows have been made over the years, too.

As the new owner of MGM, Amazon has added some true TV classics to the Prime Video streaming service.

Here are some of the most popular MGM TV series you can stream on Amazon:

To view all the MGM shows on Amazon Prime Video, just type MGM into the search bar and start browsing.

How Can I Watch MGM on Amazon?

It’s easier to watch MGM movies and TV shows on Amazon now that the e-commerce company owns the film studio.

All you need to do is sign up for an Amazon Prime Video membership if you don’t have one already.

It’s $8.99 a month for just the digital streaming service, otherwise, you can pay $14.99 a month for a Prime subscription which includes Prime Video.

As long as you have an active Prime Video account, you can log in on your phone or computer to pull up the streaming platform.

If you know the name of the MGM movie or TV show you’re looking for, you can simply type it in or browse different categories.

You can also enter MGM in the search bar and explore all the movies and TV shows that come up.

Remember, there are options to both rent and buy shows on Prime Video, so you can add your favorite MGM flicks to the streaming service.

As of 2022, Amazon is listed at number two on the Fortune 500 list with over $386 billion in annual sales and a net valuation of $438 billion. With such global dominance, Amazon continues to acquire smaller organizations in headline-making deals, including MGM.