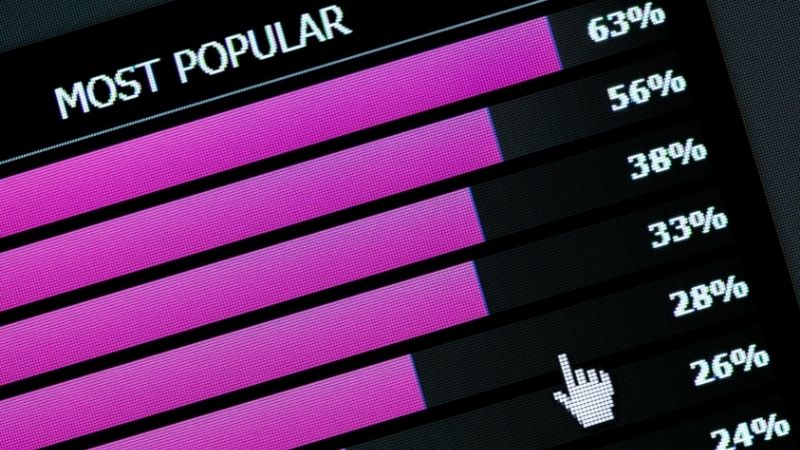 Since its foundation in 1946, Chick-Fil-A has become one of America’s household names. The company is currently among the top-rated brands in America’s food industry.

As such, one might be interested to know, “what makes Chick-Fil-A so popular?” Here’s what I discovered!

Chick-Fil-A is one of the most popular fast-food joints in the United States due to its high-quality, unique, and affordable food items as of 2023. Furthermore, the restaurant is known to value its customers by offering top-notch customer services. In addition to this, Chick-Fil-A enhances the customer experience by growing a healthy workplace environment.

So, in case you are still wondering what makes Chick-Fil-A so popular among other fast-food restaurants in the United States, keep reading!

1. The Love For Chicken Sandwiches And Waffles Fries

Among the most popular things about Chick-Fil-A is that most people love the restaurant’s boneless chicken sandwiches and waffle fries.

According to the company website, the restaurant invented the concept in 1964, and it has been an essential food item since then.

Further, the chicken is made of boneless chicken breasts that are well-seasoned, hand-breaded, and pressure-cooked in 100% refined peanut oil.

Then, Chick-Fil-A serves the chicken breast with dill pickle chips on a toasted and buttered bun.

In addition to this, the company has a secret recipe that makes the chicken sandwiches unique, and a trademark for the company.

As a result, the company’s sandwiches regularly rank at the top or near the top of the chicken sandwich list in the US.

2. The Restaurant Has Good Gimmicks

The popularity of Chick-Fil-A has also been spiked by the restaurant’s efforts to attract more customers through gimmicks.

For instance, in 2016, Chick-Fil-A offered customers free sandwiches to whoever downloaded the mobile app, Chick-Fil-A One.

Although the company gave out free food for approximately $3.55 per sandwich, the campaign led to an awareness of the company’s services, especially those that come with mobile orders.

Furthermore, Chick-Fil-A attracts customers to newly-opened locations by offering a year’s worth of meals for the first 100 customers.

Most customers at Chick-Fil-A have commended the restaurant for high standards of hygiene and cleanliness and for being well-stocked.

According to customer reviews, the restaurant team members are always around the restaurant, cleaning tables and floors, stocking up the ketchup, and maintaining the bathrooms.

In addition to the great dining experience in the restaurants, the drive-thru facilities at Chick-Fil-A are recognized as highly efficient.

For example, customers do not have to wait in queues for long, and the team members always treat them respectfully.

Due to these gestures, Chick-Fil-A always receives top ratings for its customer service and ultimately attracts more customers.

Besides the exceptional chicken sandwiches, Chick-Fil-A also attracts customers by the high quality of other food items available.

Although the chicken sandwich has a secret recipe, the sauce does not have a secret recipe and is made of a mixture of barbecue sauce, honey mustard, and ranch dressing.

Moreover, the consistency of the food items in the restaurant makes people prefer the brand to others within the market.

For instance, a Chick-Fil-A sandwich in Atlanta will taste the same as one in Houston.

Finally, the much-talked-about Chick-Fil-A secret menu also hooks customers as they get excited to try new food items at the restaurant.

Chick-Fil-A has grown into one of the most popular fast-food restaurants due to the company’s healthy employee relationship and company culture maintained at the restaurant.

With that, some franchises have been recognized for supporting employees by offering tuition reimbursement and encouraging them to pursue higher education and career goals.

Additionally, the company provides several opportunities for employees to prove themselves and take up higher positions within the company.

On top of that, the courses are offered in English and Spanish to make the resources accessible to all employees.

Generally, the positivity witnessed in the workplace translates to high employee performance and high-quality customer service that attracts more customers.

Customers are drawn to Chick-Fil-A because of the low pricing strategy witnessed at the restaurant.

Due to this low pricing, customers can feed themselves and their families for approximately $20 a meal, making the joint an attractive option for those looking to save some money.

Also, the restaurant has healthier food options that are maintained at low prices.

The availability of Chick-Fil-A restaurants in most locations increases its visibility among customers and more popularity of the brand.

Currently, the company has more than 2,400 restaurants in 47 states, with other plans to open up new franchise locations.

Additionally, the company maintains a strategy of setting up several restaurants in high-traffic locations to increase brand visibility further.

With this strategy, the restaurant is known to be available everywhere, including in shopping centers, mall food courts, and airports.

According to the rewards program, customers can earn points for every dollar they spend, upon which the points can be redeemed later for a meal at the restaurant.

Normally, the rewards program is a tiered membership system that includes Silver, Red, and Signature members.

Further, Silver members can earn 11 points for every dollar spent and transfer the points to friends and family.

In comparison, the Red members get to earn 12 points for every dollar and also get a chance to unlock exclusive rewards.

Finally, Signature members receive 13 points per dollar, get a chance to participate in customer input opportunities, and have access to special events and insider content.

Also, the more a customer purchases from Chick-Fil-A and accumulates the points, the more the customer moves up their tier status.

Furthermore, customers can receive rewards for birthdays and through bonus point challenges.

Apart from the rewards program, the company’s mobile app has also boosted the restaurant’s popularity by providing a simple and user-friendly interface.

Hence, customers can easily order take-outs, choose a favorite store, and log their rewards. Moreover, the app allows contactless payment through PayPal, a debit, or a credit card.

Chick-Fil-A has offered customers fresh and safe food items while adhering to the US Animal Wellbeing Standards during chicken-rearing.

With that, the restaurant’s allegiance to welfare for both customers and animals has increased Chick-Fil-A’s popularity over the years due to the increased emphasis on social justice and corporate responsibility.

For instance, the restaurant guarantees customers that it uses fresh and in-house prepared chicken breast with no antibiotics, fillers, trans fats, and added hormones.

To further promote the concern for nutrition, the restaurant’s lemonade is made of lemon juice, water, and pure cane sugar with no high-fructose corn syrup.

Also, the restaurant promotes nutrition by providing healthier food options and providing caloric information and nutrition facts on the menu so that customers are aware of the nutritional values.

As for chicken rearing, Chick-Fil-A prides itself in raising chicken in safe and clean conditions, without using cages.

Finally, the restaurant established an Innovation Center where food scientists, dieticians, and chefs can collaborate to generate high-quality recipes for tasty and healthy foods.

As part of the company’s success strategies, Chick-Fil-A franchise owners are expected to demonstrate an extensive background in business leadership within the restaurant industry.

Furthermore, they must receive high-quality training to maintain the quality of operations within the company.

Even after approval, the operators are continuously evaluated to maintain the standards and reach sales quotas.

Due to these strategies, Chick-Fil-A has managed to deliver quality to customers who end up preferring the restaurant to others within the industry.

Although Chick-Fil-A is mostly known for positivity, some controversial stances on religion and social issues have increased the restaurant’s popularity.

That said, the restaurant often faces critics for closing on Sunday as it is associated with Christianity.

In 2012, the company also faced critics for donations viewed as anti-gay.

However, even as customers planned to boycott the restaurant on this issue, Chick-Fil-A witnessed a boost in sales for customers who wanted to display loyalty.

Still, the restaurant has softened its religious stances by cutting off donations that many felt supported anti-gay causes.

On top of that, the company opened its restaurant on a Sunday to supply free food to people in a local blood bank in the wake of the terrorist shooting at a gay nightclub in Orlando, Florida.

In conclusion, Chick-Fil-A is mostly popular based on its relationship with its customers as well as its employees.

Also, the restaurant has devised strategies to ensure that customers experience high-quality service and that employees are treated fairly to boost customer service in the long run.