Nearly everyone has WiFi these days, but do you know just how popular WiFi is or want to know about some interesting WiFi statistics?

Well, I’ve been researching WiFi statistics and have found a lot of useful information so keep reading to learn some cool facts and trends in WiFi below!

Almost all businesses offer their customers free WiFi because it leads to customers spending more money as of 2022. Also, there are over nine billion WiFi-enabled devices in the world, including over 600 million WiFi hotspots. There are multiple kinds of WiFi, and Lithuania is the country with the fastest WiFi speeds.

Are you looking for even more WiFi statistics or have other questions you want to be answered about WiFi? If so, keep reading further as I’ll go over the whole list and more!

1. 82% Of People Check Their Phones While Shopping In-Store

One interesting WiFi statistic is that 82% of people check their phones while shopping in-store, and most of the time, it’s to check reviews of products before they purchase them.

Also, people like to price check items to see if the prices are lower at other physical stores or online before purchasing them, especially if it’s a higher-value item.

Further, if the business doesn’t offer free WiFi, people are more likely to pass up that store and go to a location that offers free WiFi instead.

3. 60% Of Millennials Rate Free WiFi As The Number One Benefit For Hotels

When it comes to hotels, millennials are more likely to stay at a hotel if free WiFi is offered, and it’s the biggest perk for 60% of millennials when choosing where to stay.

4. 74% Don’t Care To Give Their Information For Free In-Store WiFi

74% of Americans don’t care to give their email address or phone number to a store if they get free WiFi in return, even if that means receiving special offers.

Did you know that you’re more likely to spend money in a store that offers free WiFi?

Additionally, over half of consumers feel confident making higher-value purchases in stores where free WiFi is offered compared to stores where it’s unavailable.

6. There Are More Than 9 Billion WiFi Devices In The World

When we think of WiFi devices, we might not think about just how many exist in the world, but there are over nine billion WiFi devices across the globe, and that’s insane to think about!

However, nine billion was the number in 2017, so that number is even higher now and will continue to grow over the next decade.

Hotspots are becoming more common, and we’re seeing them all over the world, with more than 169 million available as of 2018.

Furthermore, an exciting trend is that by 2023, there will be more than 628 million hotspots worldwide!

8. WiFi Is Highly Susceptible To Interference

One interesting fact about WiFi is that it’s incredibly susceptible to interference since it uses radio waves, and interference can come in many forms, such as through the following:

9. There Is More Than One Type of WiFi

Are you aware that there is more than one type of WiFi, with 802.11 being the oldest?

10. The Quickest WiFi Is In Lithuania 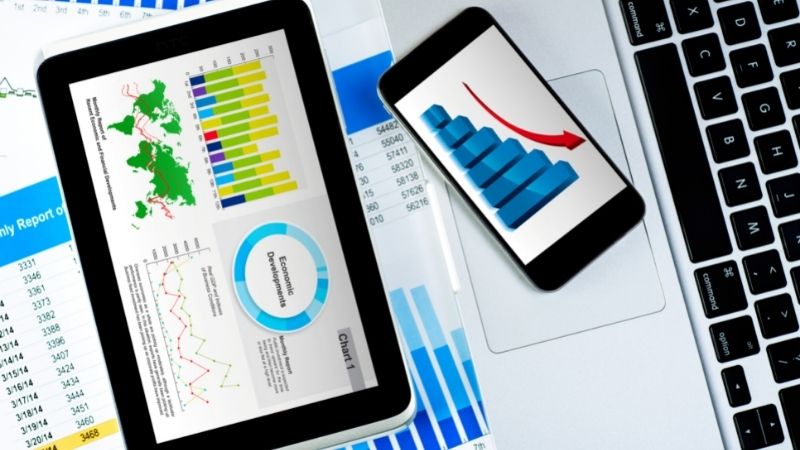 Did you know that Lithuania has the quickest WiFi according to 2016 data, with it coming in at 16.6 Mbps, with Singapore coming in second place at 15.1 Mbps!

However, the United States was significantly lower on the list and came in at number 19, showing just how fast WiFi is in other parts of the world.

If a business offers free WiFi to customers, it gives them a 72% success rate in terms of sales, and it’s one of the best marketing tools you can use if you have a business.

In a 2017 survey, it was found that over 55% of people responding would exchange, do, or share something if they got free WiFi in exchange.

One interesting fact about WiFi is that water is one of the top WiFi signal blockers, which means you’re one of the biggest WiFi blockers since you’re made from 75% water.

However, metal blocks WiFi signals more than water or wood, but try not to sit between the computer and router since the water in your body can reduce your signal strength.

15. 75% Would Be Grumpier Without WiFi For A Week Than Coffee

Want to know an interesting WiFi statistic that shows how dependent we are on technology? More than 75% of people would be grumpier going a week without WiFi than without coffee!

A great reason not to have an open WiFi signal is that it can take less than two seconds to attack an open WiFi network, whether it’s an open home network or business.

Therefore, it’s smart to keep your WiFi network password-protected to help prevent hackers or attackers from accessing your network.

17. 11% Of Hotel Customers Would Pay More For Quicker WiFi

WiFi is an important part of a hotel stay, as I have talked about already, but an interesting trend is that 11% of people are willing to pay more for quicker WiFi.

Furthermore, we can assume that a lot of this is because businessmen and women travel and stay in hotels and need fast WiFi for work-related tasks.

One fascinating fact about how much we’ve come to love technology and WiFi is that there were more mobile devices on Earth than people, which happened way back in 2013!

19. The Term WiFi Comes From Hi-Fi

Did you know that WiFi is a word that comes from Hi-Fi, which means “High Fidelity,” and it’s just a play on the wording? Further, WiFi was invented by the company Interbrand.

One interesting fact about WiFi is that the signals are shaped like doughnuts, which is a bizarre thought.

For example, the field for wireless coverage is round and has a hole in the middle, and it’s similar to the shape of a doughnut.

21.71% Of All Mobile Communications Are Through WiFi

WiFi is essential to our daily lives, especially our mobile devices since 71% of all mobile device communications are done over WiFi.

Furthermore, this shows the importance of businesses offering free WiFi to customers since WiFi is relied upon so much for mobile communications.

22. There Are 150 Million Smart Homes Worldwide

Not only are people linked to technology for their jobs and shopping, but smart homes are also becoming increasingly popular, with more than 150 smart homes worldwide.

Therefore, WiFi is only gaining in importance, and the more WiFi that exists, the more smart homes will pop up throughout the world in the years to come.

Did you know that WiFi routers can connect over 250 devices at one time? However, just because that many devices can connect doesn’t mean they all should be connected.

For example, if you have this many devices connected to one WiFi router, many of them will likely have a poor signal and a less reliable connection.

How Many WiFi Devices Were In The World In 2021?

It’s estimated that in 2021, there were more than 22.2 billion WiFi devices worldwide, which is only going to continue to grow as the WiFi trend continues.

What Is a Strong WiFi Signal?

A strong or excellent WiFi signal is around -50 dBm, with -60 dBm considered a good signal, and -67 dBm is just a reliable signal strength.

To learn more, you can also read our posts on if Starbucks has WiFi, if Burger King has WiFi, and if Tim Hortons has WiFi.

There are many WIFi statistics that I found interesting such as that 96% of people prefer a business that offers free WiFi, and WiFi is the most important thing when booking a hotel.

Additionally, over nine billion WiFi devices exist globally, and more than 150 million smart homes can now be found throughout the world thanks to WiFi capabilities.

However, WiFi interference is common and smart televisions, water, metal, and even your body can interfere with the quality of your WiFi signal.