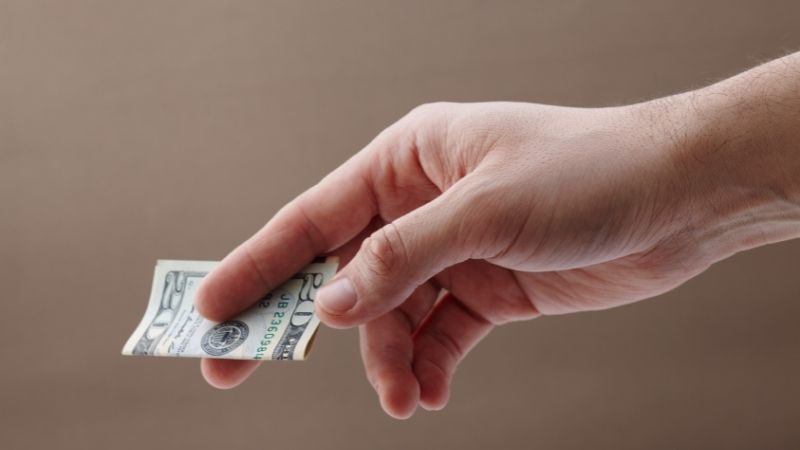 Ridesharing apps like Uber essentially let you hire a driver for a short trip whenever you want, to and from wherever you want.

Also, aside from the regular fares and fees, you have the option to show the driver your appreciation in the form of a tip. So, read this article to find out if your Uber driver can see what you tip them!

Uber drivers don’t see tips until after the trip is complete in 2023. When you end an Uber ride, you and the driver both get a trip receipt and theirs says what tip you left. Fortunately, while Uber drivers can see what tip you left after you complete the trip but they won’t see any identifying information about you.

Read on to find out everything you need to know about tips on Uber, including what drivers can see, how you should handle tips, and more!

Uber drivers don’t see your tip before rating you, and this is intended to keep the one from affecting the other.

Even in markets where drivers get the fare information upfront, the exact tip amount isn’t revealed until later.

After a trip, drivers have a very short window where they can leave you a rating, and it closes before they receive the trip receipt that has the exact amount you tipped them.

What Do Uber Drivers See?

Uber drivers see your pickup location, how far they are from you, and your average rating from other drivers.

In select markets like California, however, Uber drivers see information such as an estimated range for how much they could make on the fare, the trip distance, and the dropoff location.

This feature was introduced in December 2019 but was later revised in 2021 with some limitations on when the drivers could get the extra information.

Drivers that receive more than 4 trip requests within 30 minutes will lose the ability to see the fare, dropoff location, and trip length.

Whether they accept, cancel, or decline these requests doesn’t make a difference, as long as they receive more than four within the time limit.

According to Uber, the purpose of this system is to reduce wait times among riders and travel distances among drivers.

Do You Have to Tip On Uber?

You don’t have to tip on Uber, but it’s considered a courtesy to show your appreciation to the driver and to complement what they make on the base fare.

As well, Uber gives you the option to set the tip amount to zero and studies have revealed that almost two-thirds of Uber users don’t leave a tip.

Do Uber Drivers Get the Full Tip?

Uber drivers get the full tip, which is why they appreciate them so much. With the company not taking a cut of these, they are a more reliable source of income.

What Happens If You Don’t Tip On Uber?

Because drivers don’t have the option to find out what tip you left until after they rate you, there are very few consequences to not tipping on Uber.

However, if you’re in an area where drivers can see upfront how much they stand to make on a trip, then not leaving a tip might mean your request will be turned down.

How Much Do You Tip an Uber Driver?

How much you tip an Uber driver is ultimately up to you, depending on factors like your feelings on the experience and how much you can give.

When you’re ordering a ride, the Uber app gives you different suggested tip amounts with the option to enter a custom amount.

That said, an international etiquette consultant speaking to the New York Times recommended tipping at the following rates:

As we’ve stated before, tipping on Uber is considered courteous rather than mandatory, which is why this particular expert was consulted for these pointers.

Does Uber Have a Tip Limit?

According to a statement by a company representative, Uber has a limit on how much you can leave as a tip, at 200% or 2x the fare up to $100.

This might be the case to prevent customers from accidentally tipping too much, especially when they’re setting a custom amount.

Can You Tip an Uber Driver in Cash?

You can tip an Uber driver in cash if you want, and this might result in you getting a higher rating when the ride is over.

Even though Uber drivers get 100% of their tips, most of them don’t find out about it until after they’ve left a rating.

Therefore, leaving one in cash is a faster way of letting them know and could affect how they rate you.

Tipping in cash also allows you to circumvent the 200% or $100 limit in the app.

To know more, you can also read our posts on Uber Go, Uber Comfort, and Uber Cash.

Uber drivers can’t see your tip until after the ride is completed. They receive a trip receipt after the ride, and it shows how much the tip was if you left one, but they can’t see who left it.

Uber allows you to skip the tip if you want, and because drivers don’t find out about it until after they’ve rated you, there are very few consequences for not tipping.