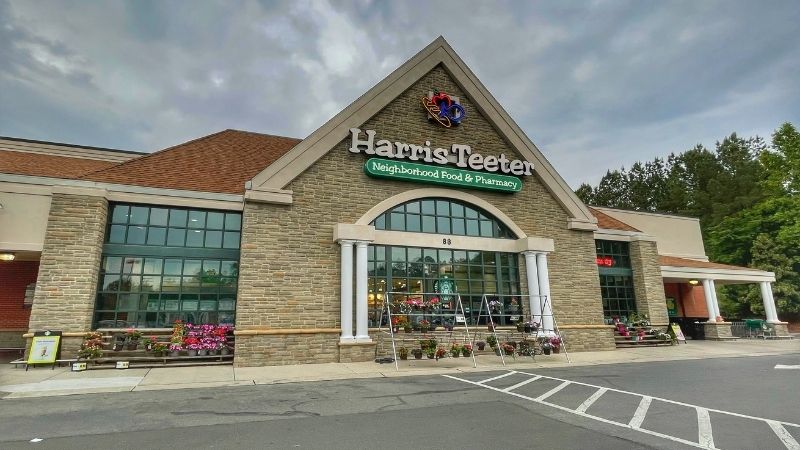 ​​Kroger is one the largest supermarket retailers in the U.S. that operates directly or via its subsidiaries.

As part of its expansion, Kroger has acquired several stores across the U.S., boosting its presence and profits. Because of this, many people wonder whether Kroger owns Harris Teeter. If you’d like to find out, keep reading!

Does Kroger Own Harris Teeter In 2023?

Kroger acquired the 212-store supermarket chain, Harris Teeter, in 2013 in a $2.5 billion deal in 2023. While Harris Teeter became a subsidiary of Kroger, the company has continued to operate under its brand name. This move expanded the reach of Kroger, making it one of the largest retailers in the U.S., operating across 35 states.

For more information about the deal between Kroger and Harris Teeter, read on for useful and interesting facts!

What’s the Deal Between Kroger and Harris Teeter?

Harris Teeter is a subsidiary of the supermarket giant Kroger.

This acquisition deal was announced in 2013 when the Cincinnati-based Kroger supermarket expanded by adding Harris Teeter to its chain.

During the acquisition, the deal was valued at about $2.5 billion. Additionally, Kroger assumed Harris Teeter’s outstanding debt of approximately $100 million.

However, despite the merger in 2014, Harris Teeter has retained its brand name until today.

Why Did Kroger Acquire Harris Teeter?

You might be wondering why grocery giant Kroger would acquire a relatively small grocery chain like Harris Teeter. Here are some of the reasons:

Competition in the grocery industry has intensified with new retailers entering the marketplace.

Kroger’s main competitors, such as Target and Walmart, opened grocery sections, and some dollar stores have food aisles to cater to customer demands.

Additionally, grocery stores have been consolidating to stay competitive.

Furthermore, the Kroger CEO mentioned that the acquisition in 2014 happened because the company foresaw Amazon.com getting into the competitive grocery store business.

This move was anticipated way before Amazon bought Whole Foods in 2017.

Therefore, Kroger acquired Harris Teeter to effectively compete in the market with other supermarket chains and retail brands.

Although Harris Teeter had slightly above 200 locations, its locations were quite convenient.

Harris Teeter stores were in university communities, vacation destinations, and markets where the population was growing rapidly.

In addition, these stores were in areas where Kroger was losing footing to Walmart and Food Lion; therefore, Harris Teeter provided an opportunity to boost its market share.

Currently, Harris Teeter has locations mainly in the Southeast, making it a southern gem.

Although Kroger had to assume the $100 million debt during the acquisition, Harris Teeter was still making a reasonable revenue.

By the time of its acquisition, the retailer had seen its sales grow every year for the past decade, and the revenue in 2012 had reached about $4.5 billion.

Therefore, Kroger took this as an opportunity to grow its overall company revenue by acquiring Harris Teeter.

How Many Other Brands Does Kroger Own?

Kroger is a publicly-traded company on the New York Stock Exchange with operations in 35 states across the United States.

Apart from Harris Teeter, Kroger has acquired and merged with several other stores over the years, including the following:

Currently, about 2,800 grocery retail stores operate using the Kroger name in different states in the U.S.

Because of its size, Kroger competes with other stores that stock the same products and have a major presence across the U.S., such as Walmart.

Most of its subsidiaries offer a one-stop-shop experience for customers and cover a range of products apart from food.

Kroger is ranked the largest supermarket chain in the U.S. and the second-largest general retailer behind Walmart.

Can You Use Your Kroger Card at Harris Teeter?

Unfortunately, Harris Teeter does not accept Kroger gift cards from customers. Although it’s a subsidiary, the two still operate independently in some aspects.

Therefore, you can only use the gift cards at the respective chains.

Can You Return Harris Teeter Items to Kroger?

Since Kroger owns Harris Teeter, you can return items bought at Harris Teeter or any of Kroger’s family of store chains.

According to Kroger’s return policy, the company accepts returned products bought from any of its family of stores as long as it’s within the 30-day window of purchase.

However, when returning the items, you need to know that Kroger will not accept some items such as Women, Infant, and Children (WIC) products, alcohol and tobacco, and baby formula.

Therefore, if you bought any of these items from a Harris Teeter store, you might not be eligible for a refund or exchange.

Additionally, you can also confirm with the staff at Kroger’s or the store managers about the products you can return.

Kroger acquired the 212-store supermarket chain, Harris Teeter, in 2013 in a $2.5 billion deal. While Harris Teeter became a subsidiary of Kroger, it has continued to operate under its brand name.

This move expanded the reach of Kroger, making it one of the largest retailers in the U.S., operating across 35 states. If you bought items at any Harris Teeter store, you can return them to Kroger for a refund or exchange, though some items are exempt from return.