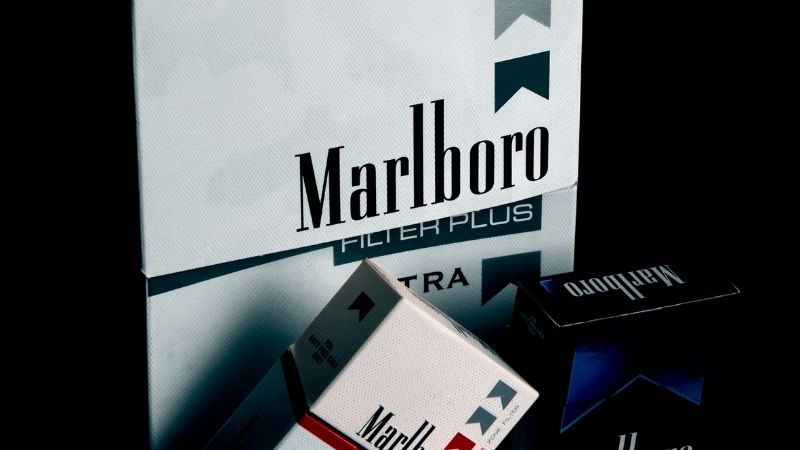 When Uber Eats added alcohol to its menus, it was a sign that the company was opening its doors to traditionally restricted items.

If you’re someone that’s wondering whether Uber Eats also started delivering cigarettes, read this article to find out all you need to know!

Does Uber Eats Deliver Cigarettes In 2022?

Uber Eats delivers cigarettes, but it’s not widely available in 2022. Uber Eats made cigarettes available on its platform indirectly after introducing grocery delivery services in a partnership with Cornershop. Aside from this method, you could request your Uber Eats driver to pick up cigarettes on the way to your location, but it’s not recommended.

Keep reading to learn everything you need to know about cigarettes and Uber Eats, including how to get them, when they were made available, and more!

Uber Eats started delivering cigarettes in July 2020 with the introduction of grocery delivery in select markets by integrating Cornershop.

That said, Cornershop is a grocery delivery company that started in Mexico that works very similarly to Instacart.

For example, you provide a list of things you want from a grocery store and have someone get them for you.

In July 2020, Uber announced that it was adding Cornershop to the Uber and Uber Eats apps in limited markets, including certain cities in Colombia, Brazil, Chile, Peru, and Canada.

Later that same month, the Cornershop integration was introduced in Miami and Dallas, with Uber Eats Pass and Uber Pass members getting free delivery for groceries above $30.

Then, Uber fully acquired Cornershop in June 2021 after owning about 53% of the company for a while and is currently expanding it in the US.

How To Get Cigarettes From Uber Eats

If you’re in a city where Uber Eats has integrated Cornershop into the app, you can order cigarettes by placing an order for them like you would regular groceries.

That said, you need to search for grocery stores and then find one that offers cigarettes among the other items on its menu.

From there, you’ll wait for delivery because everything else will be on the driver. Also, keep an eye on your messages in case they try to contact you.

Further, it might take a while before you find a store with cigarettes because Uber Eats hasn’t launched them officially as a menu item like alcohol.

However, I know that they’re available because I found customers who have successfully bought cigarettes from Uber Eats.

So, if you’re in a city where Uber Eats grocery delivery still isn’t available, you could order a regular item off the menu.

After that, contact your driver and ask them to grab some cigarettes on the way, then pay them extra.

Despite this being something many customers do, I don’t recommend it. Instead, I would point you towards an alternative that officially makes cigarettes available (see below).

How Does Grocery Shopping On Uber Eats Work?

On the customer’s end, grocery shopping on Uber Eats works similarly to how ordering food does: you find a store, add items to the menu, and place an order.

On the other end, though, is where it gets different. That said, your driver will get your order as a shopping list and will need to go to the store you chose and get the items themselves.

Then, they’ll need to enter details related to the purchase at the register, including the total prices before and after taxes and a photo of the receipt with the barcode for scanning.

Moreover, they will pay using a payment method you’re using on the app, such as a credit card, by selecting it from a list of available options.

Also, you could do this straight from the standalone Cornershop app, which is now named “Cornershop by Uber,” to make the association clearer.

No matter which one you pick, the delivery person will be a Cornershop driver because even the Uber Eats app has integrated the service.

Where Is Cornershop Available?

In the US, Cornershop is currently available in the following cities:

Assuming you’re saying “drugs” to mean any controlled substance that affects your body when you take it, yes, Uber Eats delivers drugs.

For example, these include the following:

In all these cases, availability is still subject to local and federal laws.

For example, you can’t get CBD products in states where you would need a medical card, and alcohol is only available to people aged at least 21.

Which App Will Deliver Cigarettes?

DoorDash delivers cigarettes and other tobacco products such as vapes and cigars, and this service is just as regulated as it is in physical stores.

For example, you can’t buy or deliver cigarettes on DoorDash if you aren’t at least 21 years old. If you’re buying, you’ll need to give the driver a valid form of photo ID, such as a driver’s license.

To learn more, you can also read our posts on whether or not Uber Eats delivers alcohol, does Uber Eats pay for gas, and is DoorDash cheaper than Uber Eats.

Uber Eats delivers cigarettes if you order them through the grocery delivery system. However, this is still only available in a handful of US cities and others in Canada and South America.

Also, this service is made available through the integration of food delivery service Cornershop, which has a standalone app.

Still, you could ask your Uber Eats driver to grab some cigarettes on the way to your location, but this isn’t the best idea.

Further, DoorDash delivers cigarettes and other tobacco products to customers that are 21 or older and is the best alternative to Uber Eats.