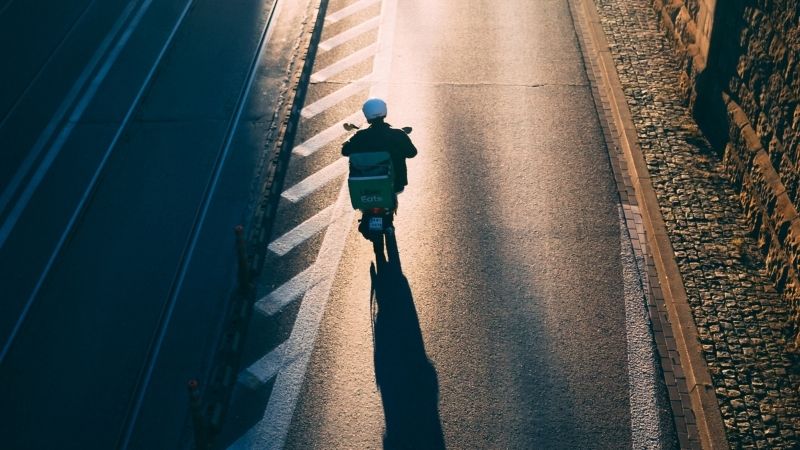 Food delivery services like Uber Eats let its drivers earn some money on the side with the promise of independence and flexibility.

However, signing up for these services means using more gas than usual. If you’re wondering whether Uber Eats pays for gas, here’s what you need to know!

Does Uber Eats Pay For Gas In [currentyear]?

Uber Eats does not pay for gas as of [currentyear]. Uber Eats classifies its drivers as independent contractors, so they’re required to cater for their expenses, including gas. With this situation, Uber Eats drivers have had to find gas-saving workarounds like enrolling in rewards programs at gas stations and using more fuel-efficient vehicles for the job.

Continue reading to find out everything you need to know about how Uber Eats handles gas, including whether or not it’s deductible from taxes, if other food delivery services pay for gas, and more!

As stated above, Uber Eats doesn’t pay for gas because the drivers are considered independent contractors, which means they’re categorized by law as self-employed.

That said, this move from Uber means that the company doesn’t have any responsibility to cater to drivers’ expenses like gas, repairs, and insurance to keep operating costs lower.

Does Uber Eats Pay More When Gas Prices Go Up?

Recently, Uber Eats introduced a surcharge that would mean the drivers got paid more because gas prices had gone up.

Also, this was the first time Uber decided to pay more after gas prices went up, and the move was only intended to be in place for 60 days, after which the company would examine how effective it was.

In New York, Uber had increased drivers’ earnings a little earlier on March 1, 2022, to account for different factors, including increased gas prices.

How To Save Gas When Driving For Uber Eats

When working as a driver for Uber Eats, you can save gas using the following methods:

Can You Deduct Uber Eats’ Gas From Your Taxes?

You can deduct the gas you use for Uber Eats on your taxes, but you would need a way to prove the amount you declare.

That said, as an independent contractor, you’re required to file 1099s instead of W2s, which means you have to calculate how much you owe on your own.

Therefore, when calculating the taxes on your Uber Eats income, you can deduct business expenses like gas.

Also, it’s best to have the receipts for the purchases, so you have a solid dollar amount.

This way, just in case you get audited, you’re better positioned to back up the figures you provided on your taxes.

Unfortunately, none of the major food delivery services pay for gas. All of them, including Uber Eats, DoorDash, Postmates, and Grubhub, classify drivers as independent contractors.

To know more, you can also read our posts on whether or not Uber Eats takes cash, is Uber Eats safe, and Uber Eats order never arrived.

Unfortunately, Uber Eats does not pay for gas because all its drivers are independent contractors, meaning they have to pay for their own gas and most other expenses.

However, Uber Eats introduced a small surcharge in March 2022 to increase its drivers’ pay by $0.35 and $0.45 per order due to rising gas prices.

Moreover, you can save the amount of gas you use when working for Uber Eats by being less aggressive on the road or switching to a more fuel-efficient vehicle if possible.

Additionally, you can deduct gas from your Uber Eats taxes, but you’d need receipts to prove the purchases.