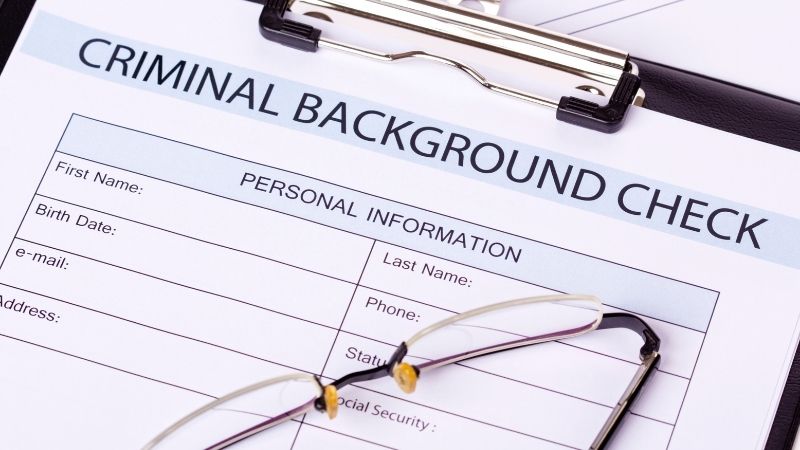 Uber Eats says that signing up to become a delivery driver is a straightforward process that anyone can complete.

However, several similar services require background checks and this might make the process more challenging for some. Before applying, read this article to find out if Uber Eats does background checks!

Does Uber Eats Do Background Checks In [currentyear]?

Read on to learn everything you need to know about Uber Eats’ background checks before applying, including what can disqualify you, how it’s conducted, and more!

Can I Do Uber Eats Without a Background Check?

Unfortunately, you can’t do Uber Eats without a background check. Everyone who applies to become a driver is vetted before they can be approved.

This mostly comes down to a liability issue for Uber Eats because its drivers come into direct contact with customers and background checks are seen as a way of minimizing risk to keep them safe.

Does Uber Eats Hire People With a Criminal Record?

Uber Eats hires people with criminal records but the rate of success depends on the nature of the crime, with nonviolent offenders being more likely to get approved.

We found instances of people successfully working for Uber Eats with criminal records and some of them were relatively recent.

There are other instances where you could work for Uber Eats with a criminal record if the background check can’t access it.

For example, many states say that anything going back beyond a certain period of time should not show up on background checks.

In many places across the country, most entries on your record that happened more than 7 years prior won’t show up on a background check.

Another reason why your criminal history won’t show up in a background check is if you get the records expunged or sealed where it’s available.

What Does the Uber Eats Background Check Look For?

Uber Eats uses a service called Checkr to conduct background checks, and this tool allows companies to determine what to look for.

According to Checkr, motor vehicle records look for the following:

Checkr’s criminal records check, on the other hand, looks up information from the following databases:

What Disqualifies You From Doing Uber Eats?

Having a conviction for a violent offense will disqualify you from Uber Eats. These include sexual offenses, murder, or anything related to terrorism.

Even if you haven’t been convicted of these crimes but have an active charge, you’ll be disqualified unless they’re resolved in your favor.

As for driving requirements, if the background check finds that you don’t have a license or that it’s expired or suspended, you’ll get disqualified.

You might also get suspended if you have points on your driving record. These come from violations such as speeding and running red lights.

Anyone that’s 24 and under needs to have a minimum of 3 years of driving experience in the US and anyone that’s 25 and over needs at least one year.

Even something as minor as a no-fault accident might get you disqualified from consideration at Uber Eats.

Checkr also allows for continuous background checks, meaning that if you get approved but get a criminal charge later, Uber Eats will be notified.

How Long Does It Take Uber Eats to Approve a Background Check?

Uber Eats takes between 3 and 5 business days to complete most background checks. You can keep track of your application via your Checkr profile.

If your background check takes longer than expected, it might be due to the following reasons:

To learn more, you can also read our posts on whether or not Uber Eats hires felons, does Uber Eats pays for gas, and what is Uber Eats Pass.

Uber Eats hires people with criminal records in some cases but convictions for violent crimes will get you disqualified. Uber Eats also needs drivers to have valid licenses and no violations on their driving records.