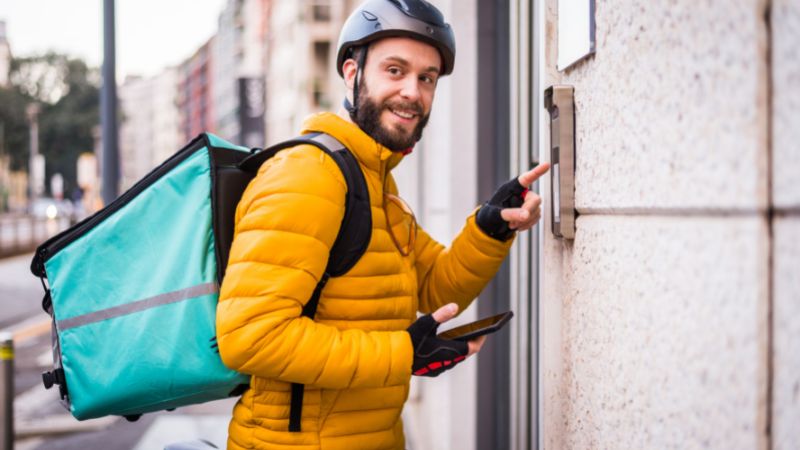 Grubhub promises its drivers a source of income over which they have more control than a regular job because a driver determines how much they work, where they work, and when.

However, Grubhub has some requirements for entry that you must meet before you get approved. If you’re wondering how Grubhub treats DUIs, read on!

Table Of Contents show
1 Grubhub DUI Policy In 2023
1.1 Can You Drive For Grubhub With A Criminal Record?
1.2 What Are Grubhub Violations?
1.3 What Will Disqualify You From Grubhub?
1.4 Conclusion

Grubhub hasn’t made its DUI policy public, but the company doesn’t take people with convictions as drivers based on reports from people who’ve gone through the application process as of 2023. When you apply to be a driver for Grubhub, it conducts a background check that looks into your criminal history and driving records, and DUIs often get people disqualified.

Keep reading to learn everything you need to know about Grubhub’s DUI policy, including a closer look into its background check process, what else could get you disqualified, and more!

Can You Drive For Grubhub With A Criminal Record?

In most cases, you can’t drive for Grubhub with a criminal record.

Further, Grubhub uses a service called Checkr to conduct background checks on its applicants, and it seems that the company flags people whose results contain a criminal record.

When your profile is flagged, someone from Grubhub is supposed to go over your application themselves to decide.

Still, they usually just reject it because it’s faster than considering everyone on a case-by-case basis.

Moreover, how it’s supposed to work is a live person would enter the process when you’re flagged and review your background to see whether the conviction can be overlooked.

However, things like DUIs probably wouldn’t make it past this stage whether or not someone was looking into it.

Whether the DUI conviction was a felony or misdemeanor, Grubhub doesn’t accept people with them.

In the past, people would get approved and work for Grubhub with criminal records, but that’s no longer the case, so it’s safe to assume it’s a liability issue.

Additionally, you only have a chance at working for Grubhub with a criminal record in the following instances:

What Are Grubhub Violations?

Violations on Grubhub are things that pop up on your background check that make you more likely to be denied approval.

With that, these might be related to an applicant’s criminal history, but they’re usually tied to their driving records.

For example, if the background check reveals that you have speeding tickets on your record, this counts as a violation that could disqualify you.

Further, other violations include infractions such as running red lights and stop signs.

That said, Grubhub looks at these to determine whether you would be a liability as one of its drivers, someone who might cause the company legal trouble in the future if you got approved.

Also, because Grubhub and other delivery services have several people who want to get in, it can afford to be as strict as it wants to decide what counts as a violation.

What Will Disqualify You From Grubhub?

As stated above, you will almost certainly get disqualified from Grubhub if you have a criminal record, whether it’s a misdemeanor or a felony, including DUIs.

Also, because Grubhub uses an automated service to conduct its background checks, it’s a lot harder to get in even when your conviction is for something relatively minor.

Aside from these, Grubhub looks into your driving records, and you could get disqualified for the following:

If you are looking to learn more, you can also read our posts on Grubhub’s dress code, is Grubhub safe, and does Grubhub hire felons.

Grubhub hasn’t revealed its official DUI policy, but they don’t accept people with these convictions, whether felonies or misdemeanors.

Since Grubhub uses an automated service for its background checks, it’s harder for people to get in even if they have convictions that aren’t serious.

Moreover, violations on Grubhub include speeding and running red lights and stop signs.