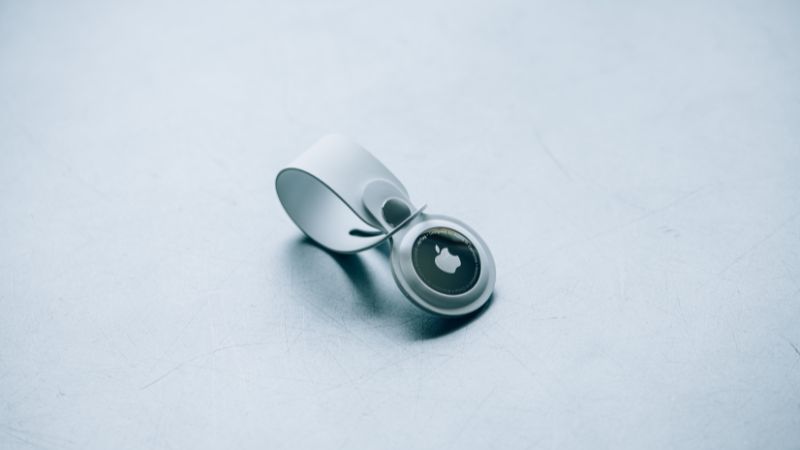 If you have been thinking about purchasing an Apple AirTag, you may want to know some things about it first. For instance: is the Apple AirTag waterproof?

If you’d like to find out, continue reading below because I’ve been looking into this topic and will tell you all you need to know!

Is Apple AirTag Waterproof in 2022?

The Apple AirTag is not waterproof, but is water-resistant, since it can be exposed to up to 1 meter of water for 30 minutes and has a rating of IP67 for 2022. For example, you shouldn’t submerge the Apple AirTag underwater or leave it under running water, but if you are outside in the rain it shouldn’t hurt the AirTag.

Do you want to know more about the Apple AirTag, like if you can wear it in the shower? Well, I have that answer plus much more, so read on to find out!

What Happens If an AirTag Gets Wet?

If your AirTag gets wet, you should dry it off as soon as you get the chance, which can be done by following the steps below:

Can My Dog Swim with an AirTag?

It’s not suggested that you let your dog swim with an AirTag on, since it’s only water-resistant and not waterproof.

For example, if your dog is just running around the sprinkler, then it’s fine to keep the AirTag on.

However, if you’re letting your dog swim in the pool, then you should take the AirTag off first.

Also, the water resistance can diminish over time, which means it will be more susceptible to water damage the longer you own it.

Can an AirTag Go Through the Wash?

There have been unscientific tests performed showing the AirTag going through the wash and working just like normal. However, it’s not suggested that you try this.

Though, if you accidentally let the AirTag go through a speed wash or normal wash, it’s likely to be okay if it only happens once.

Can You Shower With an Apple AirTag?

Taking a shower with an Apple AirTag on shouldn’t hurt the device, but it’s recommended to keep your shower under that pivotal 30-minute time to lessen the risk.

How Long Do Apple AirTags Last?

How long an Apple AirTag will last depends on how often you use it or how often you’ve put it in water. Nevertheless, the average battery life is one year before needing to be replaced.

That being said, it could be 6-months or 2 years before you need to replace the battery, and not letting it get wet as much as possible can preserve the battery life of the AirTag.

Can You Swim With an Apple AirTag?

While you can swim with an Apple AirTag on, it shouldn’t be submerged in the water. So, if you’re going underwater, then you should remove the AirTag first.

In addition, the more times you swim with the AirTag on, the higher chances that it will eventually fail because of the constant contact with water, especially if you don’t let it dry completely after.

There are several types of Apple AirTag waterproof cases that you can purchase on the market.

These cases have a rating of IPx8, which means they can withstand being underwater longer.

Therefore, if you know you’ll be in the water a lot when you have the Apple AirTag on, then it’s best to invest in a waterproof case so that it’ll last longer and be protected against water better.

To know more, you can also read our posts on whether or not Apple owns Beats, is Apple Music free, and is Apple Fitness free.

An Apple AirTag isn’t waterproof but is water-resistant, which means it can be in the water for 30 minutes up to 1 meter before potential damage to the device could occur.

Furthermore, the Apple AirTag has a rating of IP67, so it’s fine if you decide to wear the AirTag while taking a shower or if you get caught out in the rain. That being said, you should not submerge your AirTag underwater and should dry your AirTag after it’s been exposed to water.